Through her Lens: Vijayeta Rajkumari

Public spaces have been historically exclusionary to several groups of people—whether it is the way they’ve been built to serve the needs and abilities of a few, or when it comes down to who has unfettered access to them. However, where there is repression, there is resistance, and The Space Without is an archive of this resistance.

Through Her Lens: The Space Without, a visual research project organised by Zubaan Publishers and the Sasakawa Peace Foundation aims to expand the photographic practices of women, queer, trans and other marginalised communities in the eight Northeast Indian states and Darjeeling Hills.

On 3rd October 2020 a few organisation came in solidarity in Guwahati for a peaceful protest against the injustice meted out to the Hathras rape victim. The protest was carried out within the ambit of various norms imposed by the lockdown.

With many placards and banners in Assamese and English the protestors also questioned the violent abuses that are carried out against girls and women and the inability of the State to protect them and deliver justice. There were State forces present in the protest site which tried to suppress the voices of the people by trying to barricade the protest area to impede the protestors against going for a peaceful rally.

With people from across gender and age groups present the protest was not just limited to the Hathras case but the series of brutal rape cases that has stirred the country in the past. The protestors also stated the fact that Assam has recorded the highest rate of crime in the country. While it is a shame that the people are still having to come out to stage protests against such issues but as long as injustice is meted out there will be dissenting voices everywhere. 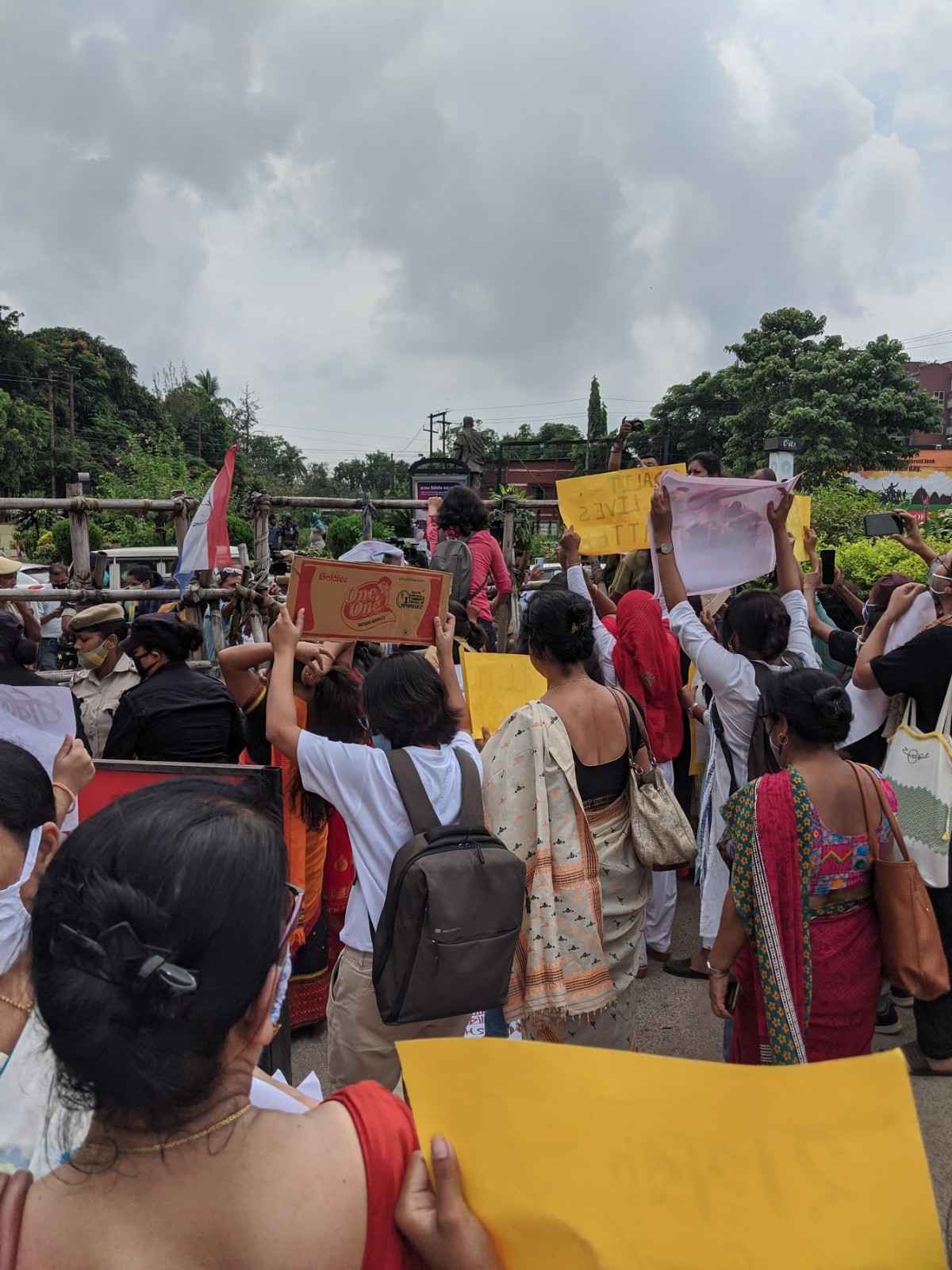 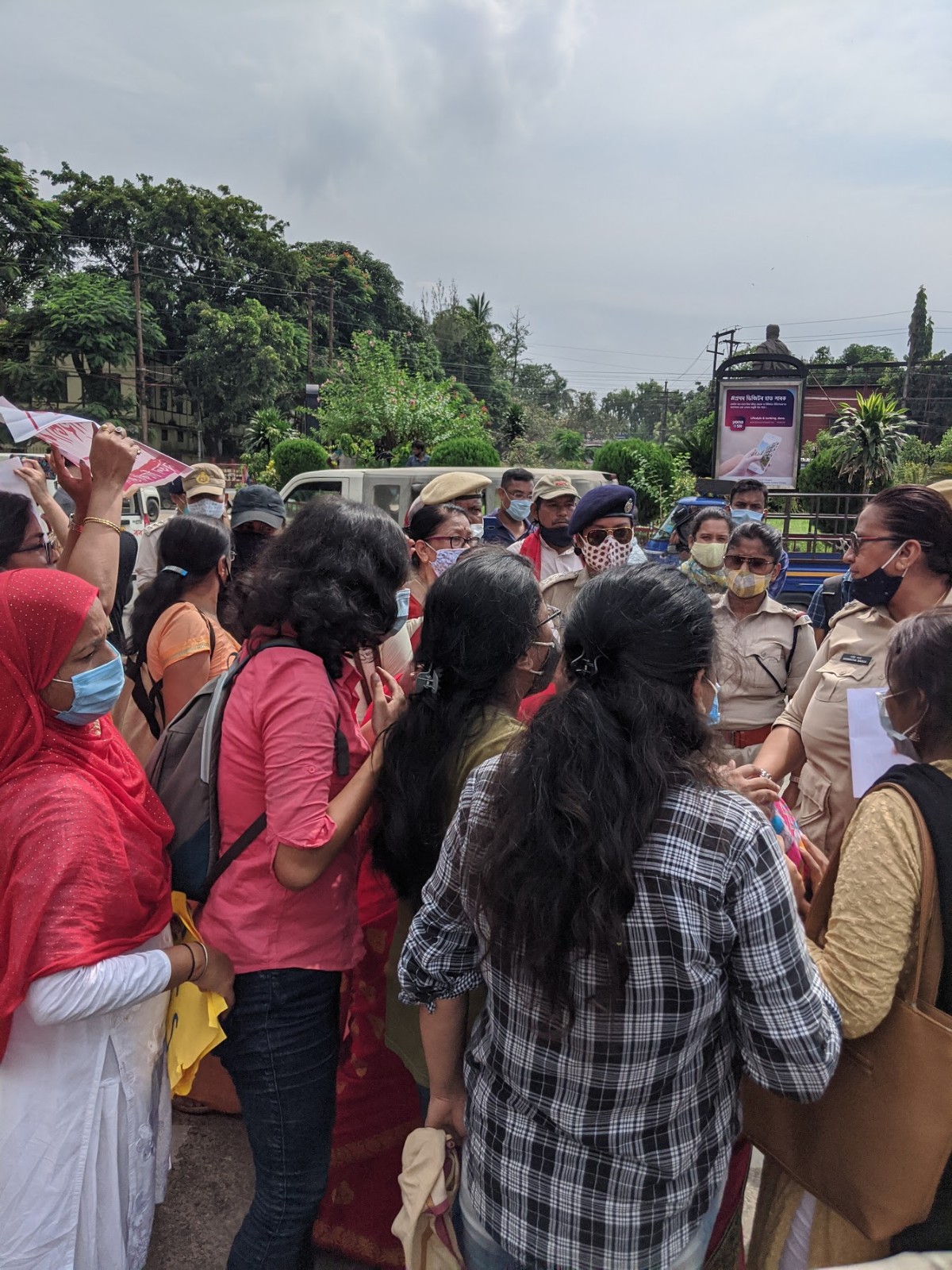 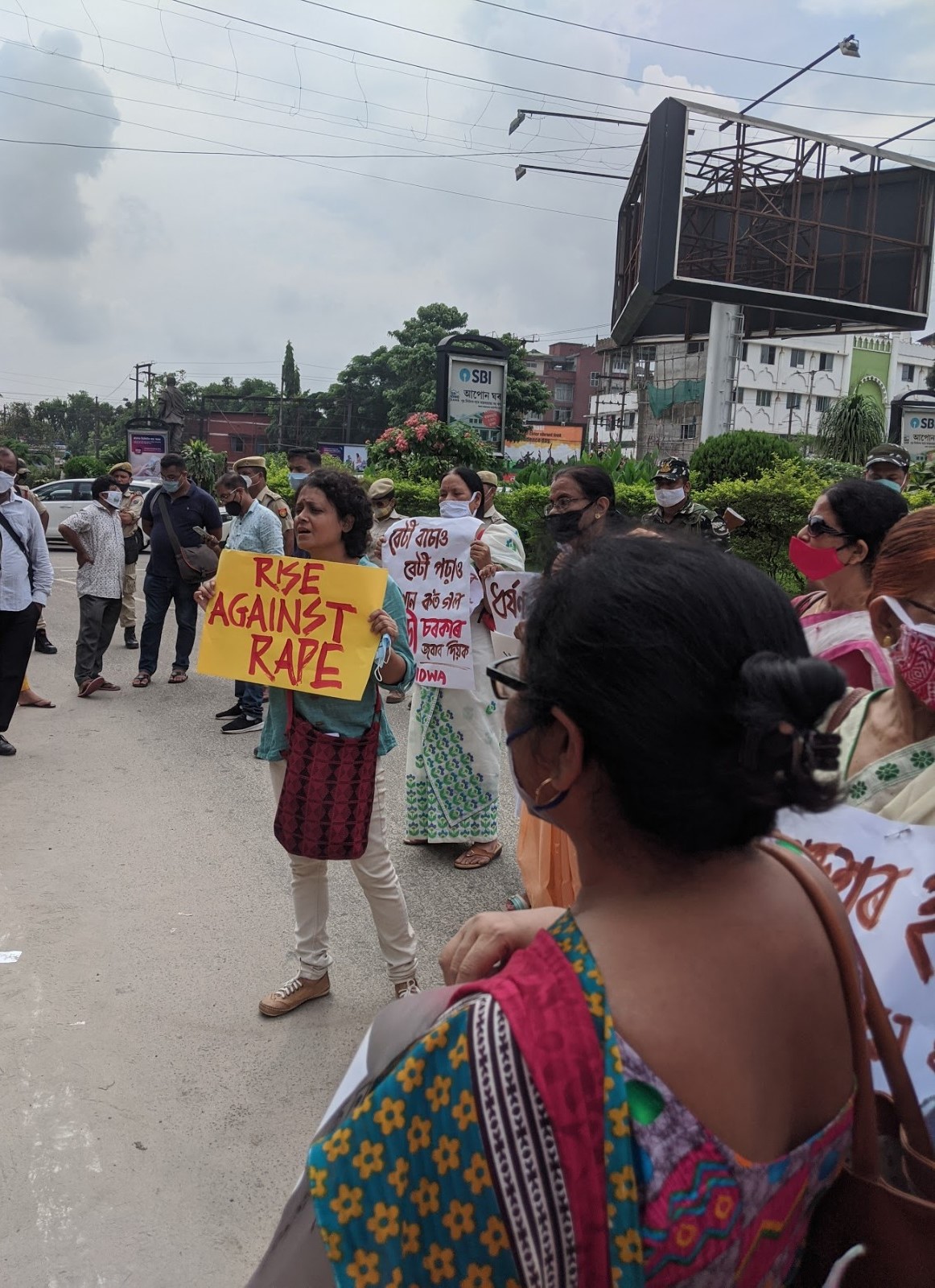 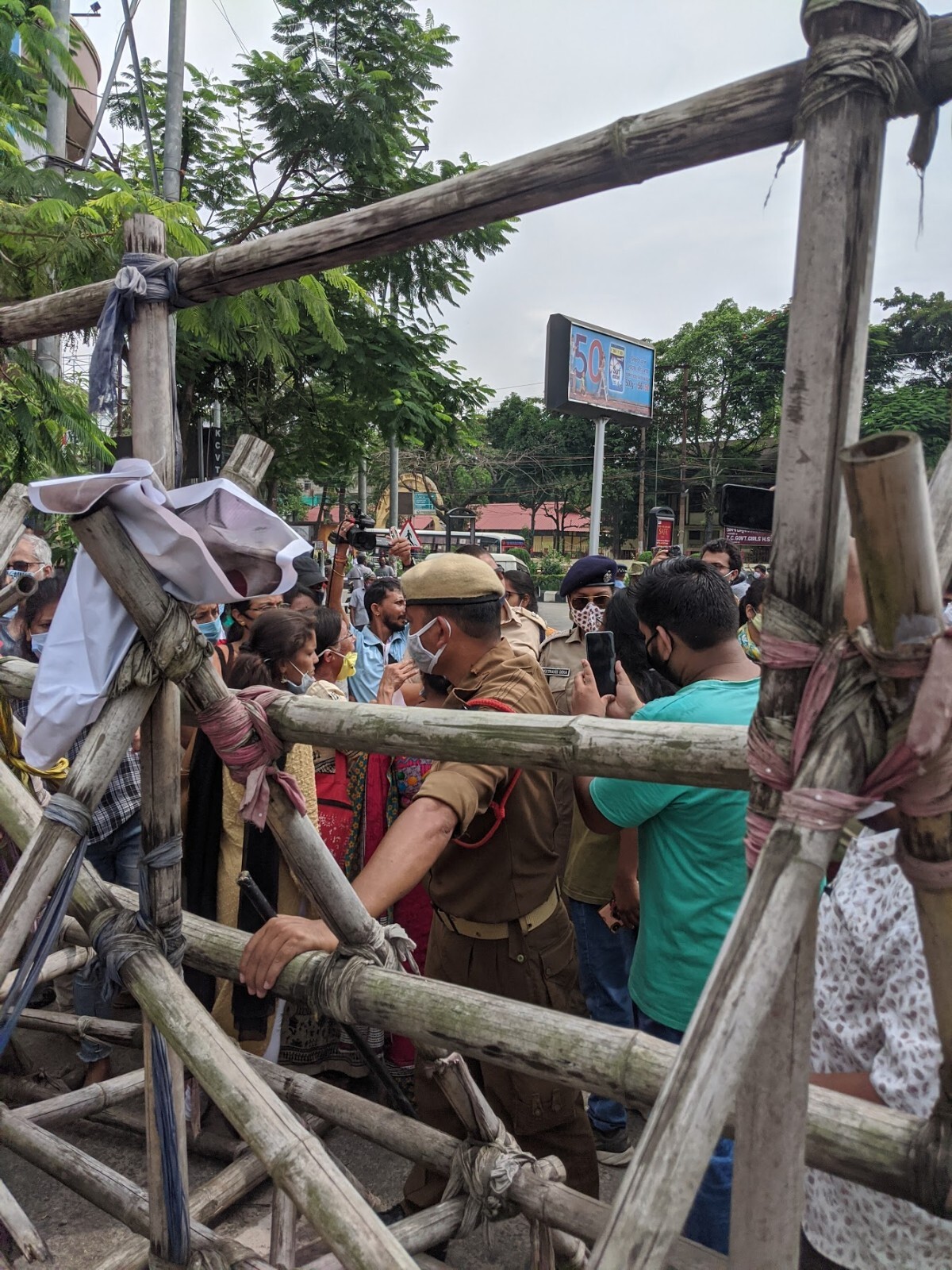 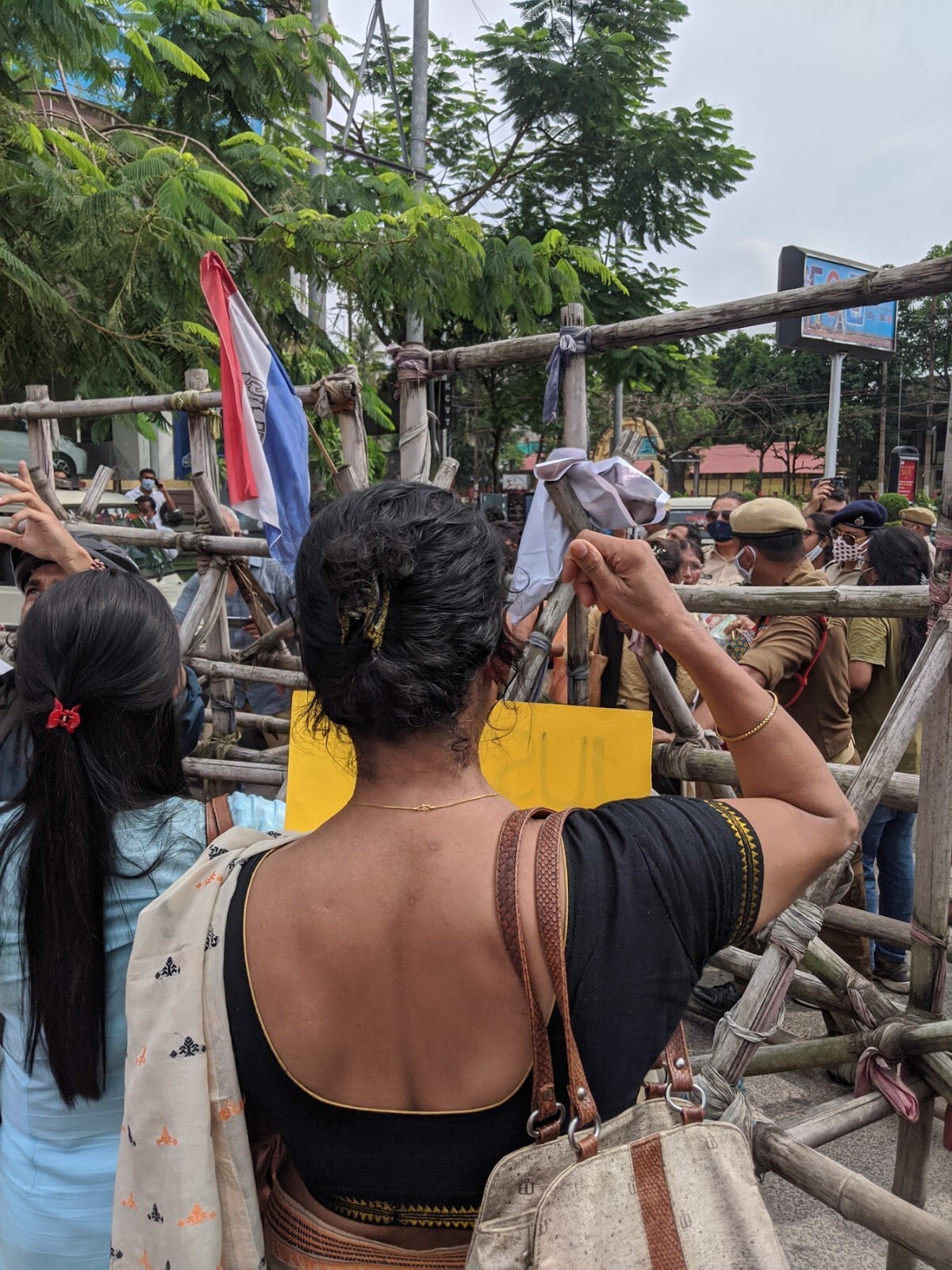 Through Her Lens: The Space Without forms a part of Through Her Lens, a visual research project organised by Zubaan Publishers and the Sasakawa Peace Foundation under their Fragrance of Peace Project. The exhibition series aims to expand the photographic practices of women, queer, trans and other marginalised communities in the eight Northeast Indian states and Darjeeling Hills.
All photographs by Vijayeta Rajkumari. Shared here with permission from Zubaan Publishers.
Vijayeta Rajkumari is an independent researcher from Guwahati and likes to work on culture, gender and identities. When not working she likes to travel and prefers to try local cuisines over museums. She also likes to take photographs and is still learning the technicalities involved in photography.

In the Spirit of the Telangana Movement Mallu Swarajyam, 1930-2022