The Message From the Shudra/OBC Conclave 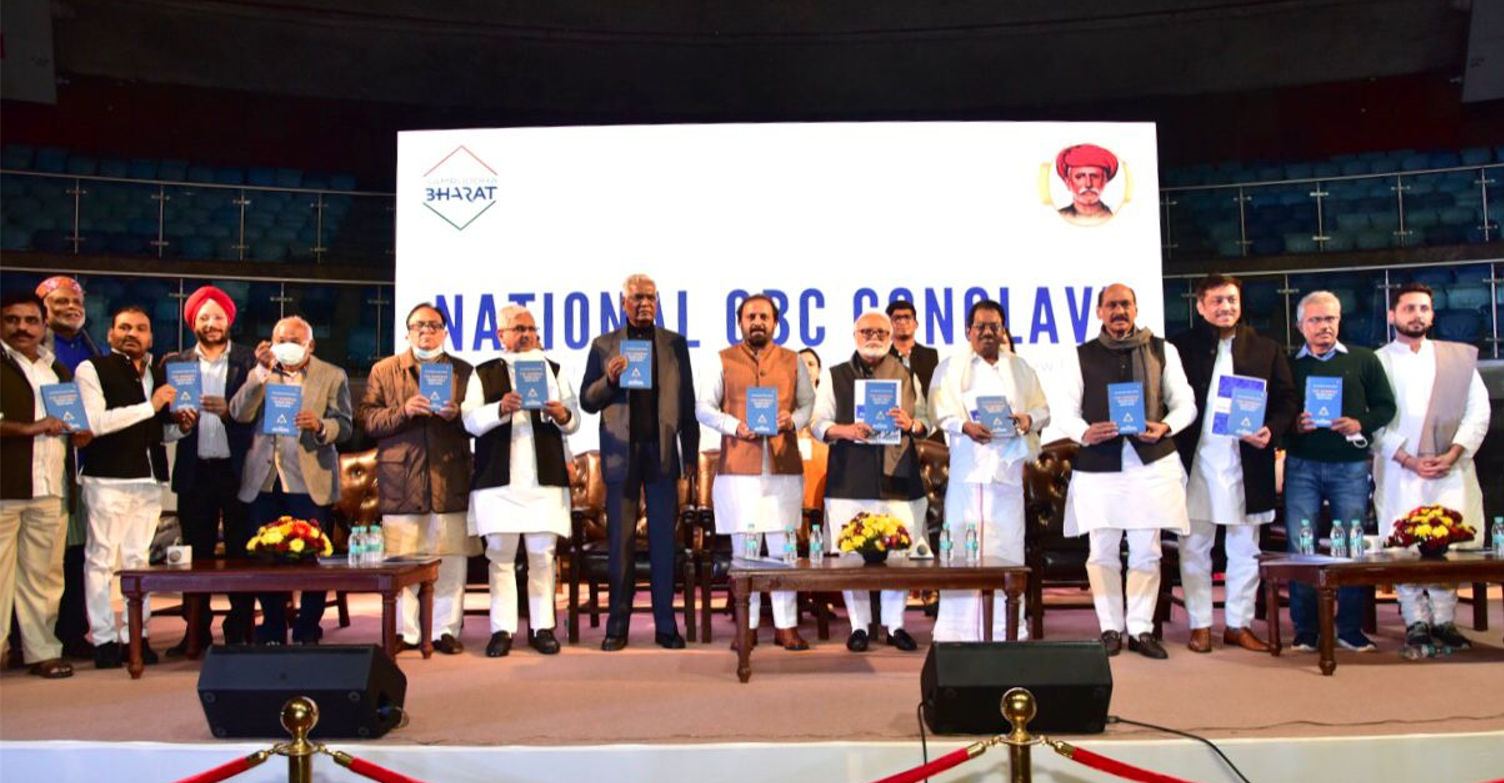 On December 21 2021 a major National Shudra/OBC conclave took place in Delhi Talkatora stadium with hundreds of activists, intellectuals and political leaders across parties, different universities and civil societal organisations. They brought out the first ever Shudra/OBC declaration, which has a historical significance for the nation .

After the historic farmers struggle, which essentially was a Shudra/OBC fight against the privatisation of Indian agrarian markets, this marked the emergence of another major Shudra/OBC movement for caste census and against the privatisation of employment. Those representing the ruling castes and class conspire even now to weaken the Shudra/OBC forces and make them slaves as they were in ancient India. This is clear also from the unending speeches and writing of the Hindutva religious unproductive forces in every sphere of national life. They have deployed negative preachers in all spheres of Indian life.

Several scholars, political leaders and activists spoke and discussed the Delhi Declaration at length and also worked out a future programme in different states in coming months. Lalu Prasad Yadav, who led several post-Mandal battles in the country, spoke on screen and made it very clear that caste census is the only way forward for achieving social justice. His party will take up the matter in every possible way.

D.Raja (CPI General Secretary) Chhhagan Bhujbal, TKS Elangovan (MP DMK) Madhu Yaski Goud ( Former MP Congress) Ajay Yadav (Former Haryana Minister, Congress) and many other leaders of different parties, intellectuals spoke and set out a political and intellectual agenda for organising the Shudra/OBC forces across the country to achieve the set goals in the declaration. Well known writer Arundhati Roy sent a powerful message that caste census is a common cause of every socially responsible intellectual of India.

The battle for caste census and protection of state properties will become a life and death struggle of the food producers and artisans.

The movement has and will take its inspiration from the farmers who have fought a life and death battle for more than 13 months. 750 farmers laid their life at the altar of the Hindutva and monopoly exploiters. The Shudra/OBCs, who voted for Modi and the RSS, believing that they would treat them as children of Bharata Mata, have shown their anti-farmer and anti-OBC colors within just seven years of their rule.

The Delhi declaration promised the nation that the fight for social justice did not end with the Mandal movement in the 1990s, but is an ongoing battle.

It is time that in every state the Shudras who are within the Mandal reservation and those castes that are now seeking reservation–like Maratha, Jat, Patel, Kapu and so on–must pull all the resources to fight the present dangers and challenges. Even castes like Reddys, Kammas, Velamas (of Andhra Pradesh and Telangana) , Nairs of Kerala, Mahishyas of Bengal thought that under a BJP government the agrarian economies will prosper and corruption will come down. But instead lakhs of crores are shifted into monopoly houses by writing off loans. Now they are thinking of privatising all state owned banks, railways, Airways.

The Shudra/OBCs/Dalits/Adivasis are not going to get any jobs in the privatised institutions. Their children will be pushed into a wealthless agrarian sector. Hunger will increase. They do not want the poor to eat protein meat foods. They are now making every Shudra/OBC believe pure vegetarianism is parampara. Food and religion are being linked to power. This is the biggest trap that Shudra/OBCs have got into. Those in power love their ignorance not their knowledge. Unless high class global class educated intellectuals, thinkers, writers and fighters emerge from within these communities their children will be made slaves again.

Work will not be available to millions of people both in villages and privatised industry. Already millions of Shudra/OBC/Dalits/Adivasis are joining the security staff squads in companies owned and run by companies of the few rich, where they get less than ten thousand rupees a month. These companies are private companies. They are run in collusion with the establishment’s business families.

The Shudra/OBC Delhi conclave realised this process. Let the Shudra/OBC/Dalit/Adivasi peoples be ready for a second freedom struggle, following the path of our farmer heroes. This is the message of Delhi Shudra/OBC conclave.