CCG Open letter to citizens of India: Civil society-Enemy of the state? 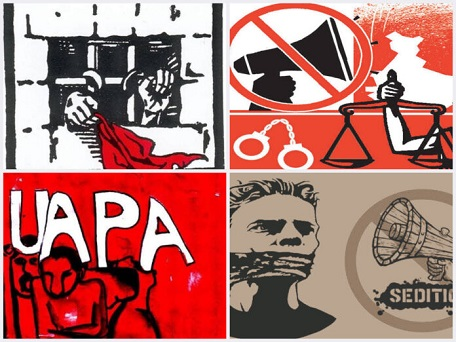 We are a group of former civil servants of the All India and Central Services who have worked with the Central and State Governments in the course of our careers. As a group, we have no affiliation with any political party but believe in impartiality, neutrality and commitment to the Constitution of India.

A disturbing trend in the direction of the country’s governance has become discernible over the past few years. The foundational values of our republic and the cherished norms of governance, which we had taken as immutable, have been under the relentless assault of an arrogant, majoritarian state. The sacrosanct principles of secularism and human rights have come to acquire a pejorative sense. Civil society activists striving to defend these principles are subjected to arrest and indefinite detention under draconian laws that blot our statute book. The establishment does its best to discredit them as anti-national and foreign agents.

Civil society, a diverse mass of formal and informal groups pursuing their own interests, occupies the vast democratic space outside of government and business. As the locus of critique, contestation and negotiation, it is an important stakeholder in governance, as well as a force multiplier and partner in the project of meeting popular aspirations. But civil society is viewed through an adversarial prism today. Any entity, which dares to highlight deviations from the norms of Constitutional conduct, or question the arbitrary exercise of executive authority, runs the risk of being projected as a foreign agent and enemy of the people. At a systemic level, the financial viability of civil society organisations is being progressively undermined by tweaking the legal framework governing foreign contributions, deployment of corporate social responsibility funds and income tax exemptions.

Our anxiety with regard to the articulation of the state-civil society interface has been heightened in recent weeks by statements emanating from high dignitaries of the state. On the occasion of the Foundation Day of the National Human Rights Commission, its Chair, Justice (retd.) Arun Mishra, asserted that India’s creditable record on human rights was being tarnished at the behest of international forces. The Prime Minister, on his part, discerned a political agenda in what he felt was selective perception of human rights violation in certain incidents, while overlooking certain others. And quite shockingly, General Bipin Rawat, Chief of Defence Staff, gave a fillip to the growing menace of vigilantism by endorsing the killing of persons believed to be terrorists by lynch mobs in Kashmir.

Taken together, these portents indicate a deliberate strategy to deny civil society the space and wherewithal for its operation. The contours of this strategy have now been revealed in the New Doval Doctrine propounded by the National Security Adviser (NSA).

Reviewing the passing out parade of IPS probationers at the National Police Academy in Hyderabad, Shri Ajit Doval proclaimed:

Instead of exhorting the IPS probationers to abide by the values enshrined in the Constitution to which they had sworn allegiance, the NSA stressed the primacy of the representatives of the people, and the laws framed by them.

It would be pertinent to recall here that the term “fourth-generation warfare” is normally employed in relation to a conflict where the state is fighting non-state actors, such as terror groups and insurgents. Civil society now finds itself placed in this company. Earlier, the term “Urban Naxal” was being used to denigrate individual human rights activists. Clearly, under the New Doval Doctrine, people like Father Stan Swamy would become the arch enemy of the Indian state and the prime concern and target of its security forces.

The NSA’s clarion call for an onslaught on a demonised civil society is of a piece with the narrative of hate targeting defenders of Constitutional values and human rights that is regularly purveyed by the high and mighty in the establishment.

The defining traits of the current dispensation are hubris and an utter disregard of democratic norms. These were manifest in the steamrolling of a discriminatory Citizenship (Amendment) Act through Parliament, its linkage with the National Register of Citizens, and the ruthless suppression of the spontaneous protests that erupted in various parts of the country.

The same traits were in evidence in the enactment of a set of three farm laws without public debate, stakeholder consultations or endorsement by alliance partners, and the high-handed treatment accorded to the agitated farmers encamped at the gates of Delhi. Their heroic resistance over fourteen months elicited the choicest of epithets from the establishment. Dubbed variously as “Andolanjeevis” (professional agitators), “Left-wing extremists” and “Khalistanis”, they were accused of working at the behest of “Foreign Destructive Ideology”, in a bizarre word-play with the acronym FDI referring to Foreign Direct Investment. Electoral compulsions might have led the Prime Minister to announce the decision to repeal the hated laws, but the damage done to the nation’s polity and social fabric will be hard to repair.

Let us hope that the government will realize the pitfalls of demonising dissent and trying to suppress civil resistance by brute force. It is also hoped that the alumni of the National Police Academy, or indeed our security forces in general, will not be swayed by the NSA’s rhetoric and remember that their primary duty is to uphold Constitutional values, which override the will of the political executive. Even the laws framed by the legislatures have to be tested on the touchstone of constitutionality and accepted by the people. If this fundamental principle is not accepted, we may turn to the well-known satirical poem “The Solution”, written in a different context by the famous German playwright Bertolt Brecht, which concludes with the following words:

Would it not in that case be simpler
for the government
To dissolve the people
And elect another?

SATYAMEVA JAYATE
(102 signatories, at pages 4-8 below)