UAPA is used as preventive detention law, without it being one: Ex-civil servants petition SC 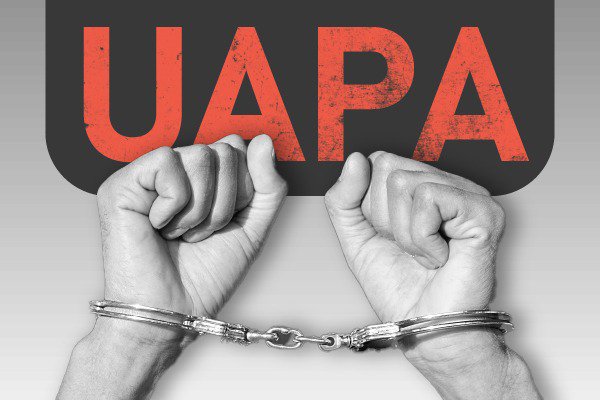 The petitioners have challenged UAPA to the extent that the same has resulted in an arbitrary classification of “terrorists”, not emanating from the principal Act or the amending Act, and certainly not permissible under Article 14 of the Constitution of India.

The petition emphasises that the golden thread that runs through our common law criminal jurisprudence, i.e., a person is innocent until proven guilty, has been completely upended and given the go-by. It is submitted that the great power that is given by certain provisions of the UAPA, needs to be exercised with great responsibility and restraint, in order to ensure that the constitutional rights of individuals are given due consideration and importance, and are not trampled on by arbitrary action.

“Accusing a person of having committed a “terrorist act”, by saying the person “struck terror” cannot be sustained, in the absence of a definition of the word “terror”,” the petition submits.

The petition also challenges the constitutionality of the Proviso to Section 43D (5 of the Act), inserted by the 2008 amendment, which mandates that a person shall not be released on bail if the court is of the opinion that there are reasonable grounds for believing that the accusation against a person is “prima facie” true. It is submitted that the said Proviso is arbitrary and not based on any reasons emanating from the Act, and also violates Articles 14, 19 and 21 of the Constitution since the Act is not a law enacted for preventive detention. The “prima facie” correctness of untested and unproven allegations, cannot be the sole reason to deny a person the fundamental rights enshrined in Article 21.

“The abysmally low rates of successful prosecutions are also a pointer to fact that said proviso is arbitrarily used more to quell dissent than to achieve the actual objectives of the Act.”

The petitioners state that the stringent bail provisions contained in the UAPA have created a situation where merely being accused of a crime under the UAPA is considered sufficient to keep a person incarcerated, until the lengthy trial process is over.

A law, which permits the continued incarceration of a human being on the basis of mere “prima facie” opinion and does not permit bail, is a truly unjust law, and if the same is to remain on the statute book, the person whose prolonged and indefinite incarceration is sought must be given every opportunity to challenge such incarceration

The lack of bail for a person when accused of terrorism charges, coupled with the lack of supply of materials upon which sanction is sought – when combined together result in unfettered and unbridled powers upon the Government, and gives the Government to use its powers under the UAPA in an arbitrary manner, the petition states.

The petition points out that the mere accusation of having been involved in terrorism, is sufficient to bring Section 43D(5) into play, and leads to a denial of the individual’s right to bail.

No protection for “unlawful activity”

The petition points out that while the Act contains certain mechanisms to protect rights of “unlawful associations” no such protections are available for persons accused of carrying out “unlawful activity” defined in Section 2(o). It is submitted that there has to be a similar protective mechanism for individuals accused of having carried out the same kind of unlawful activity as an “Unlawful Association”. It is reasoned that the principle of parity would require that a person, accused of having carried out an unlawful activity, should be treated at par with an “Unlawful Association”.

The petition relies upon the reply given by the Ministry of Home Affairs (MHA) in the Lok Sabha in March 2020 to conclude that the average conviction rate over the five year period (2015-2019) is 2.19%. This statistic alone suggests that prosecution under the UAPA is either initiated in “bad faith”, or the quality of the evidence is not sufficient, says the petition.

A similar petition challenging the validity of definition of “unlawful activity” and also the stringent bail provisions under UAPA, have also been moved by two lawyers and one journalist of Tripura who were seeking quashing of FIRs where they have been charged under UAPA. In the same petition, the Supreme Court  has ordered that “no coercive steps should be taken” against the two lawyers who were part of a fact-finding team that visited Tripura to investigate the communal violence that broke out in the state in October, and journalist Shyam Meera Singh who had written a social media post about the violence.

Petition can be read here.