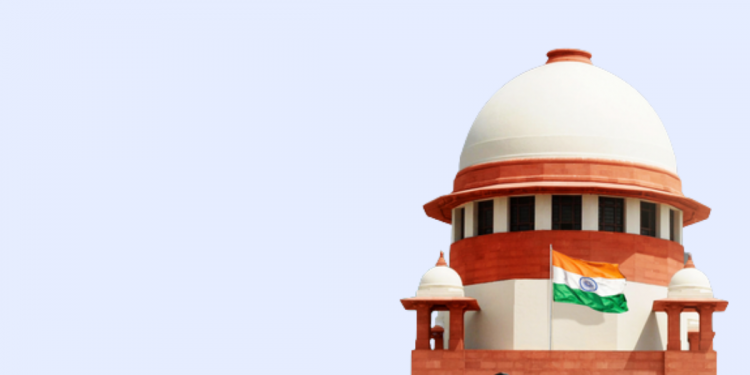 Former member of Planning Commission and a writer, Syeda Hameed and a professor of Delhi University Alok Rai,  in their petition before the Supreme Court, have urged it to define the contours of the liability of public authorities when they willfully let hate speeches in contravention of the constitution and statutory laws, and also when such speeches are widely circulated on social media.

The plea states that in recent months, there have been rallies replete with speeches that directly and hatefully target a religious community, use pejoratives to describe them, identify them falsely as predators of land, resources and of Hindu women and advocate their social, economic and political boycott.

It contends there is close proximity of such events that are held in communally charged atmospheres, to incidents of ‘hate crimes’ that range from lynching, and threats of sexual violence to more structural discrimination.

The petition came to be filed after a recent incident of anti-Muslim sloganeering reported at Delhi’s Jantar Mantar.

The plea states that hate speech causes harm to the targeted group and it can have a societal impact.

“Hate speech lays the groundwork for later, broad attacks on vulnerable sections that can range from discrimination, to ostracism, segregation, deportation, violence and, in the most extreme cases, to genocide”, the plea states.

“There is a constitutional tort that has already been committed, for the audience at these rallies already carries home a certain stigmatized impression about Muslims and an encouragement to not interact with them socially and economically”, the plea adds.

The petitioners have also sought the proper implementation of the anti-lynching guidelines issued by the Supreme Court in Tehseen Poonawalla v. Union of India. In the Tehseen Poonawalla case, the top court had issued three-fold guidelines, namely,  “preventive measures”, “remedial measures” and “punitive measures”. Those measures inter-alia provided for the appointment of a nodal officer in every district for taking measures to prevent incidents of mob violence.

Petitioners have also urged the court to recognise the ‘duty of care’ of public authorities to prevent pre-announced hate speeches in public places, since they have a cumulative discriminatory impact on targeted communities.

On Friday, the court asked the petitioners to serve the advance copy of their petition to the standing counsels for the respondents that include Union Home Ministry, Commissioner of Police, Delhi and Government of Delhi.

A two-judge bench of Justices A.M. Khanwilkar and T.C. Ravikumar said though it was not inclined to issue a notice in the petition, it would like to hear the matter to address the grievances raised in the petition.

The petition is now listed for hearing on November 22.