In 2006, Zubaan began a new and fascinating project: Poster Women, a visual mapping of the women’s movement in India through the posters the movement had produced. The idea was to ask what the history of the movement would look like through its posters and the visual images it had used, the various campaigns that the movement has engaged with and the forms these campaigns have taken over a period of time.

Over the next few weeks, the Indian Cultural Forum will be sharing some of the posters thematically organised by Zubaan and archived in the hope that it will serve not only women’s groups, feminist activists and other involved with the women’s movement in India, but will also be useful for students and researchers in the field of women’s studies, visual culture, arts and aesthetics and anyone who loves posters! 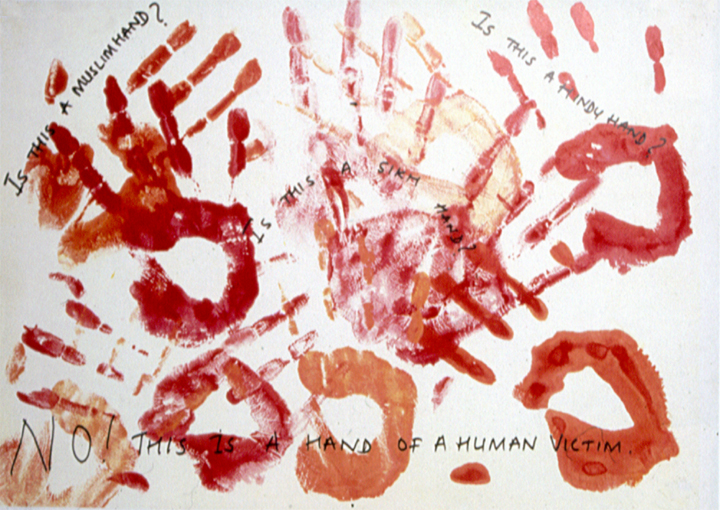 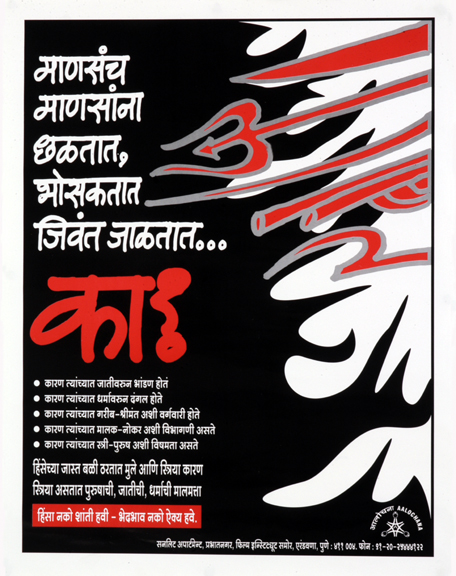 in defence of our… 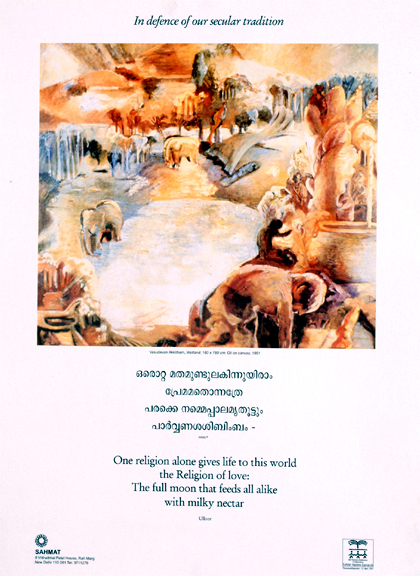 exposure – portrait of an… 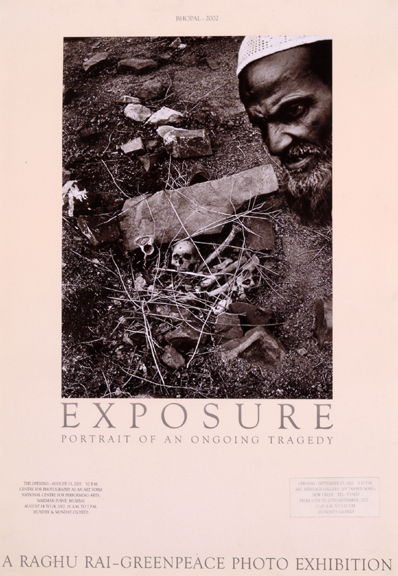 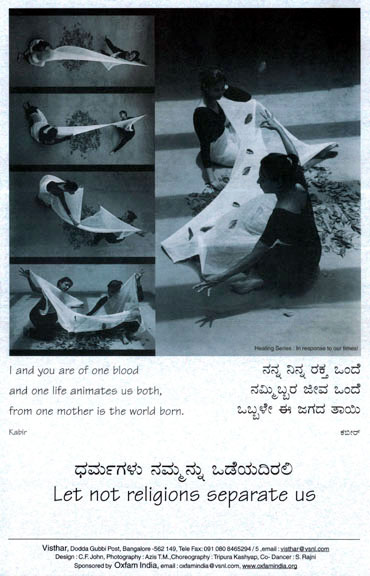 Source: Visthar
Location: Bangalore, Karnataka
Year: 1994-95. Reproduced in 2002
Language: English, Kannada, Urdu
Design: C.F. John
Photography: Aba T.M.
Choreography: Tripura Kashyap
Publishers: Oxfam India
Description: The installation was a part of a series on religious fundamentalism and communalism. The performance was choreographed and then photographed. It tries to define the various layers of diversity. 2 individuals playfully interact with the same connection. It celebrates the idea of pluralism. The leaves used were real. The story unfolds with each photograph. The first depicts curiosity, then eagerness to come together, coming together and then celebration of the event. For this, real leaves were used. The photographs came first and were adapted to the theme. This was used in addition with another poster where the mother hold sthe child and is running away to depict the aftermath of Babri Masjid demolition and the Godhra riots.
It was used in World Social Forums, Tamil Nadu and Karnataka. The Gulbarga Police Department used the imagery extensively. A Karnataka Rural Development organisation in Mudanahalli used the posters for awareness too.

These posters are part of the Zubaan project called 'Poster Women'. Republished here with permission from the publisher.