Remembering Gandhi and the spirit of resistance

Today as we witness an unprecedented clampdown on free speech and dissent in India, the spirit of nonviolent resistance that Gandhi stood for finds new meanings. Today, the forces that led to the murder of Gandhi are after everything that makes India a secular, democratic nation. Finding new ways to remember him and the spirit of resistance that his life reflects becomes more important than ever. 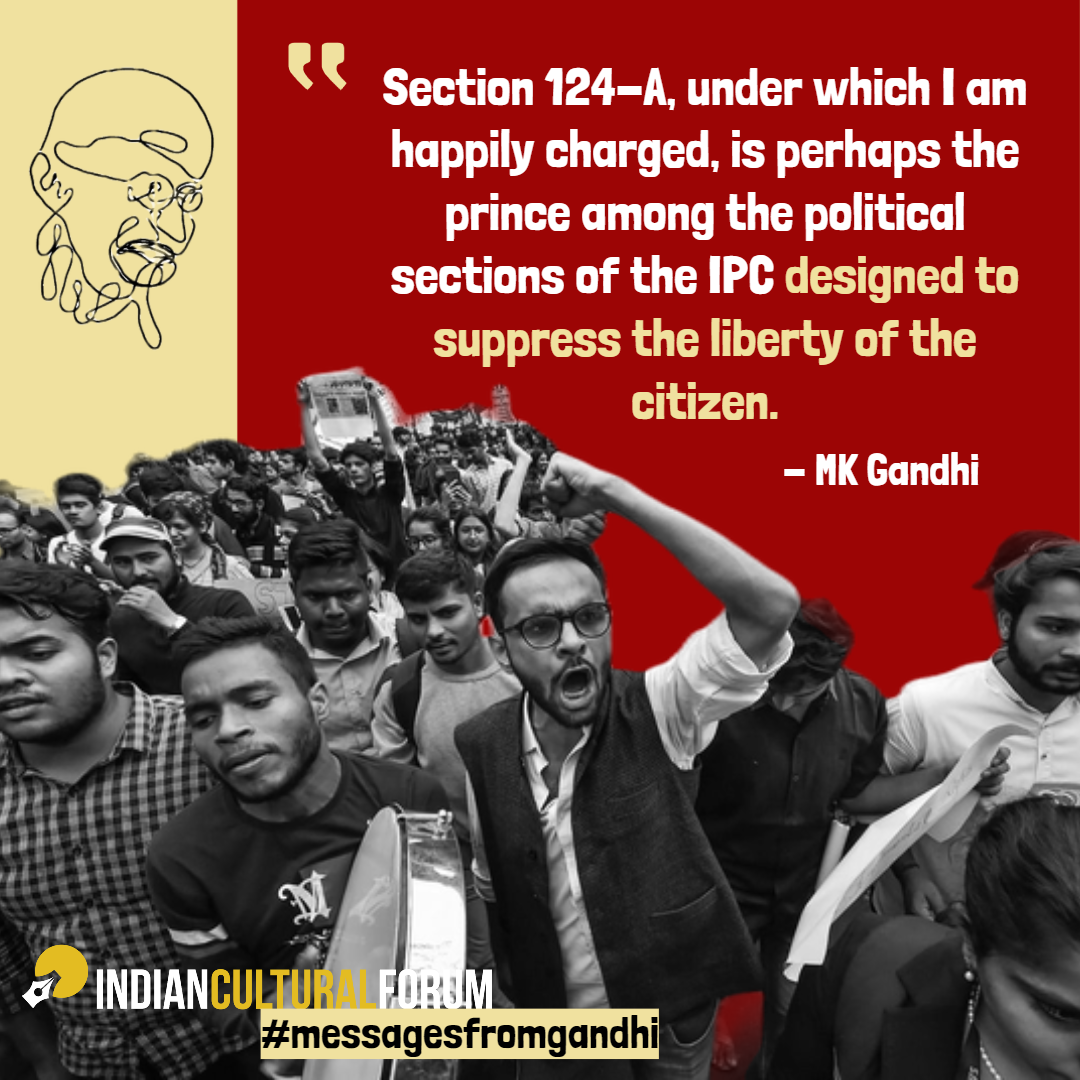 Gandhi didn’t die of fever, he was murdered. At a time when history is being reinterpreted for political mobilisations and power gains and when the perception of politics is manipulated through well-designed commercial campaigns, it’s very important to fight back with icons like Gandhi for counterargument by juxtaposing our time with his principles and the ideologies that he stood for. Here Gandhi is painted, but a Marxian presence is celebrated.

This book by Lakshmi Subramanian takes a closer look at Gandhi’s ideas about music, his understanding of it as public expression and its use in nationalist politics. It gives an insight into the way a range of religious, congregational hymns and prayers became an aural canon of political communication which was an integral part of social mobilisation and nationalist politics. The following is an extract from the book.

In 1994-1995, Sahmat organised a yearlong series of events that invoked Gandhi’s quest for a secular India, a sovereign nation, and universal compassion. These activities, and others that followed, formed a context for reconsidering and re- evaluating Gandhi and the national movement.

Gandhi famously used inexpensive postcards to communicate with vast numbers of people. In this spirit and in commemoration of the 125th anniversary of his birth, Sahmat invited hundreds of artists to create postcard-sized works about Gandhi’s relevance to contemporary India. The works contributed by artists were shown in exhibitions in six cities, all opening on October 2.

On the occasion of Gandhi Jayanti, eminent historian Prof. Irfan Habib delivers a talk on ‘Gandhi and the National Question’ as part of the lecture series organised by the Safdar Hashmi Memorial Trust in Delhi in 2018.

Bagedahalli Basavraj is a forty-six-year-old school teacher in Karnataka who was drawn to Gandhi’s principles early in life. Once a year he covers himself in silver paint, wears a pair of spectacles and a dhoti, and masquerades as Mahatma Gandhi to inspire children. He has done this for the last 14 years. Sometimes he will stand still as a statue for hours on end.