Last few decades have witnessed the rise of fundamentalist politics all over the world. In India it has come up in the name of Hindutva or Hindu Nationalism. Such type of politics is the aggressive attempt to re-impose the social values of caste, class and gender hierarchies. The book Religion Politics and Women’s Equality brings forth the aspect of gender equation in this politics. The book, written by Dr. Ram Puniyani and jointly published by Media House and SPCS, traces the rise of Hindu nationalism as an opposition to the values of Indian nationalism, where values of Liberty, Equality and Fraternity are inherent. In Hindu nationalism the patriarchal values are deeply ingrained as manifested in various of its campaigns against Valentine day celebration, girls wearing jeans and even in the very aggressive campaigns built around ‘love Jihad’. The book attempts to unravel the patriarchal agenda of Hindu Nationalists.

The following extract is the chapter 14 of the book. 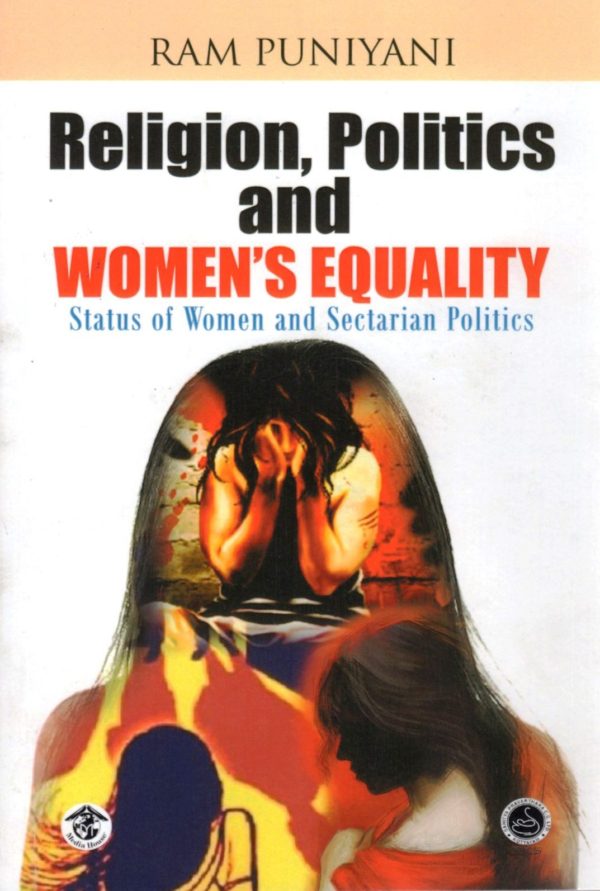 The death of the Delhi gang rape victim (Nirbhaya) in Singapore (Dec 28, 2012) created a massive wave of anger and protest. As such after this ghastly act, the anger and protest of the people came to the streets and one witnessed the unfortunate police action. This gang rape was so horrific that the attention of the people from all sections of society was drawn to it, and the rage amongst people was limitless. One cannot describe enough the brutality of this act, which took place in the moving bus in Delhi. The first target of people’s wrath was the Government and the police for their failure to prevent such acts, lack of strong laws and for the inability to put in place a mechanism for early punishment of the guilty, which can act as a deterrent to such heinous crimes in future. The first demand of protesters was that the guilty should be hanged.

One has to recognize that punishing the guilty and making  stronger  laws  will  merely  be  addressing  the symptoms. A better path will be that in due course the grief of the event should be channelized to look at the phenomenon of rape and sexual violence against women at deeper level. In turn this should lead to efforts to create better social values and atmosphere where women can enjoy equal status and overcome the present chains of patriarchy. It is this prevalent patriarchy which is at the root of looking at women as subordinate secondary beings, who should submit to the wishes of stronger sex. The patriarchal mindset is at the root of violence against women.

Today the whole response to the violence against women has to face the obstacle of biased processes, starting from the attitude of society, apathetic and sometimes hostile response of the police and the attitude of a large section of judiciary. It goes without saying that all those who have to deal with the crimes against women need to be gender sensitized. Rape is a part of the attitude which regards women as secondary beings or worse the property of men. This is what was structural in feudal society. The transition from feudal society to the democratic society is half way arrested in India and during the last three decades or so this transition for equality of both sexes has taken a beating with the rise of politics in the name of religion. This ascendance of politics in the name of religion has an all-out impact on our system, the culture, the values and social thinking. This ascendance of ideology that treats women as secondary beings has many negative aspects inbuilt into it.

At global level Islam has been demonized by the US for control on oil wells; America’s promotion of obscurantist versions of Islam and ultraconservatism in Islam, its propping up of Al Qaeda and coining of the word ‘Islamic terrorism’ have boosted the retrograde forces in Muslim societies. The arrested secularization process supplemented by this political process has promoted patriarchy in many Islamic societies.

On similar grounds the bringing in of religion in political space in India, the coming up of Ram temple movement and consequent politics in the name of Hindu religion have triggered the pushing back of struggles related to gender justice and equality of sexes. In India, the rape of an Adivasi girl in police custody in late 1970s in Mathura gave an impetus to the women’s movement which came up as a strong phenomenon raising the issues related to women’s equality, their aspirations for a world where they are not just confined to ‘Kitchen, Church and Children’ but are also a part of the full social space, the arena of production and creativity. Later women’s movement also engaged itself with the issue of rape of Manorama by army personnel in Manipur.

In the transition phase from feudal set up to struggle for democratic society, many ideologues who were opposed to this transition did put forward their ideas which regarded women as the property of men. While those for democratic values encouraged women’s equality, those stuck to feudal values, presented their norms under the wrap of religion and opposed the values of gender equality in various forms. The communal politics which developed in India had a great appreciation of norms from Manusmriti or for those Islamic traditions which gave a secondary status to women.

One of the ideologues of Hindutva, Vinayak Damodar Savarkar, went on to criticize Shivaji’s act of benevolence in which he shows respect for the daughter-in-law of Subhedar of Kalyan. Shivaji returns her to her home with full honors. His army had brought her to him as a part of plunder and as a ‘gift’ for him. The Taliban mindset is not hidden from us, the types of dictates they gave, which led to girls like Malala to stand up against them. The late BJP MP B.L.Sharma ‘Prem’ expressed his ideology when he termed the act of rape of nuns in Jhabua as an act of nationalism. One recalls George Fernandez, a BJP ally in later part of his life, had gone on to infamously state ‘what is new about rape’ and refused to take this crime seriously. This he stated in the context of Gujarat carnage where unthinkable sexual crimes took place against Muslim women.

Communal violence is a site of contestation which takes place on women’s bodies. Not only are the bodies of minority women targeted, the rumors regarding cutting of the breasts of ‘our women’ by the others has been a standard rumor used to instigate the people to attack the others. The matters have gone to such horrific extent that women themselves have helped ‘their’ men folk to commit such atrocities on the women from other religion. This has been the experience of

1992-93 Mumbai violence and 2002 Gujarat carnage. Rape has also been used as a weapon against the weaker sections of society where Dalit or Adivasi women are subjected to this ignominy to punish that community; Khairlanji will always be etched in memory as an example of this.

The association of rape with clothes of women has been propped up by various police officials and communalists at times. The Khap psychology of controlling the lives of women in the name of Gotra is another aspect which we need to eradicate from our society. Many of these things have become stronger during last few decades and some contribution to patriarchal thinking has been promoted by the serials like Saas bhi Kabhi… or films belonging to this genre of values. The cultural and religious space is also dominated by various expressions that promote the same. This is an outcome of retrograde politics and in turn corrupts the political-cultural space to promote the obscurantist gender equations.

All these emerge from the patriarchal value system that is an accompaniment of sectarian politics. While demanding strong punishment for criminals, one hopes the issues raised by this upsurge will be channelized to go to deeper causes of this phenomenon and will also come to challenge the politics which is based on caste and gender hierarchy, the communal politics. This politics, which can come in the garb of any religion, is detrimental to the rights and status of women. The need is not to look at women as someone who need protection and respect as the subordinate being, but to work towards a society where women have control over their lives, where women are not the weaker sex, but one among the two equal sexes. One wishes the infinite pain and anguish of this upsurge will come to challenge the norms of patriarchy in the society. Let us hope we don’t have to hang our head in shame again.

This is an excerpt from Religion Politics and Women's Equality written by Dr. Ram Puniyani and jointly published by Media House and SPCS. Republished here with the permission from the author.
Ram Puniyani is the Chairman Center for Study of Society and Secularism Mumbai. Former Professor IIT Bombay. Is associated with various secular initiatives and has been part of various investigation reports on violation of human rights of minorities.