In On Citizenship, published by Aleph Book Company, four of India’s finest public intellectuals — Romila Thapar, N. Ram, Gautam Bhatia and Gautam Patel — go deep into key aspects of what constitutes citizenship in India, an issue that has lately been the subject of furious public debate, as a result of controversial decisions by the government in power.

In his essay, “The Evolving Politics of Citizenship in Republican India”, the editor and political commentator N. Ram provides a political history of citizenship in the sovereign, secular, democratic republic of India.  Below is an excerpt from the same. 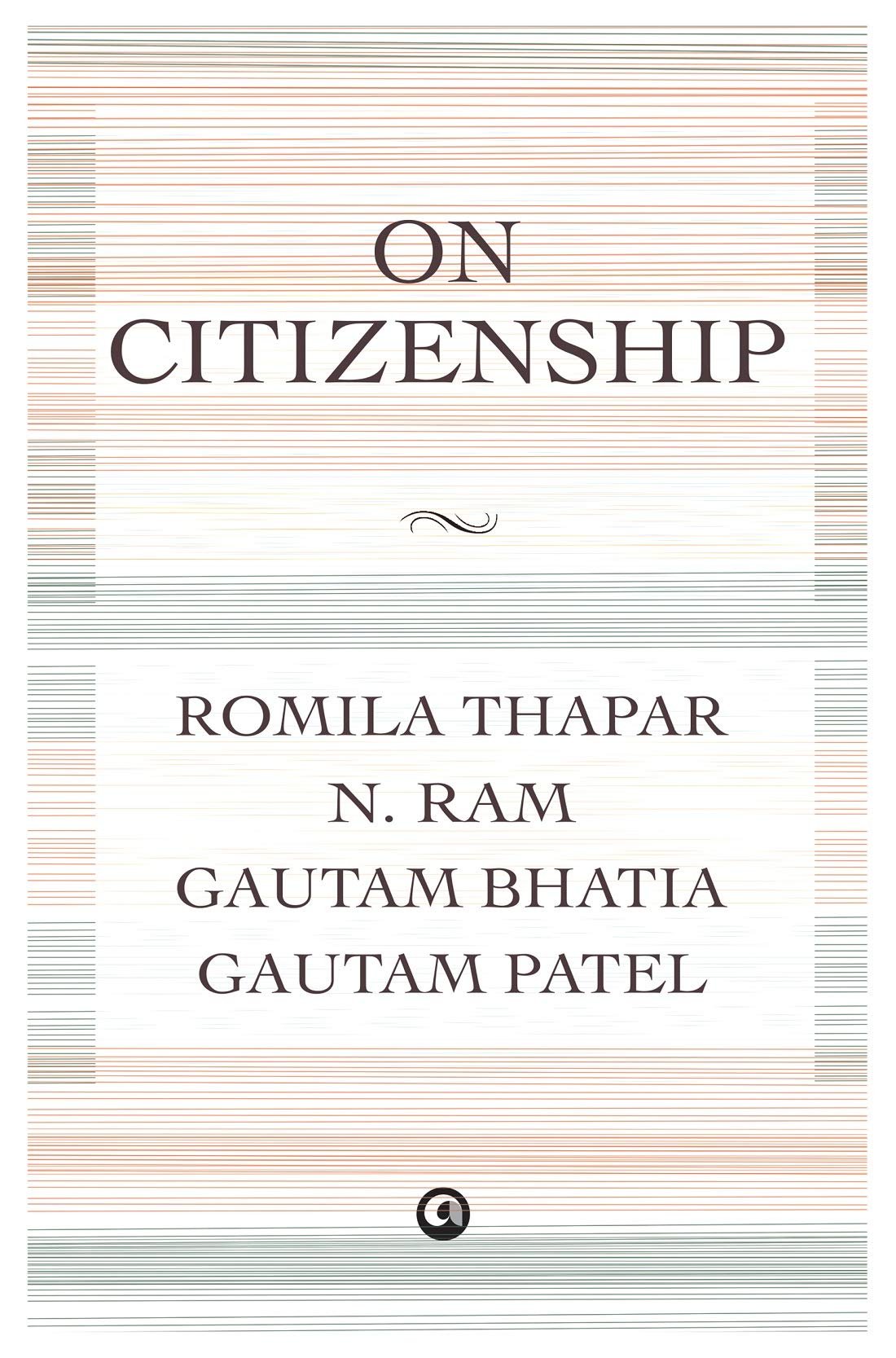 In his last speech to the Constituent Assembly, made on 25 November 1949, B. R. Ambedkar, chairman of the Drafting Committee, brought out clearly and powerfully the importance of understanding the interdependence of the principles of liberty, equality, and fraternity, and getting what he termed the ‘union of trinity’ right. He warned against internal threats to democracy and society such as ‘Bhakti or hero-worship…in politics’ to which Indians were particularly addicted. ‘It is quite possible’, he mused, ‘for this new-born democracy to retain its form but give place to dictatorship in fact. If there is a landslide [he was no doubt referring to an electoral landslide], the danger of the second possibility becoming actuality is much greater.’ In support of his argument, he recalled John Stuart Mill’s famous caution to people interested in the maintenance of democracy not to ‘lay their liberties at the feet of even a great man, or to trust him with powers which enable him to subvert their institutions’.

Equally important was Ambedkar’s warning in this speech against letting ‘the complete absence of two things in Indian society’, equality, social and economic, and fraternity, continue unchecked. If the contradiction between recognizing ‘the principle of one man, one vote and one vote, one value’ in politics and denying ‘the principle of one man, one value’, or equality in social and economic life was not resolved, political democracy could not be expected to survive. ‘How long shall we continue to live this life of contradictions?’, he demanded. ‘How long shall we continue to deny equality in our social and economic life? If we continue to deny it for long, we will do so only by putting our political democracy in peril. We must remove this contradiction at the earliest possible moment or else those who suffer from inequality will blow up the structure of political democracy which this Assembly has so laboriously built up.’

The mixed tone of this speech—sombre reflections and dire warnings combining with the positive, socially radical ideas that formed the bedrock of Ambedkar’s thinking on democracy and, specifically, rights-bearing citizenship—was surely unexpected. As he himself noted, it might not have been ‘very pleasant’ for some members of the Constituent Assembly to hear. But political events, trends, and developments over the next seven decades would demonstrate that Ambedkar got it exactly right, so much so that these reflections, warnings, and progressive ideas are of great relevance to the practice of democracy and the politics of citizenship today.

This is an excerpt from N. Ram's essay in On Citizenship (2021) published by Aleph Book Company. Republished here with permission from the publisher.
Narasimhan Ram is an Indian journalist and a prominent member of the Kasturi family that controls The Hindu Group of publications. Ram was the managing-director of The Hindu since 1977 and its editor-in-chief since 27 June 2003 until 18 January 2012.