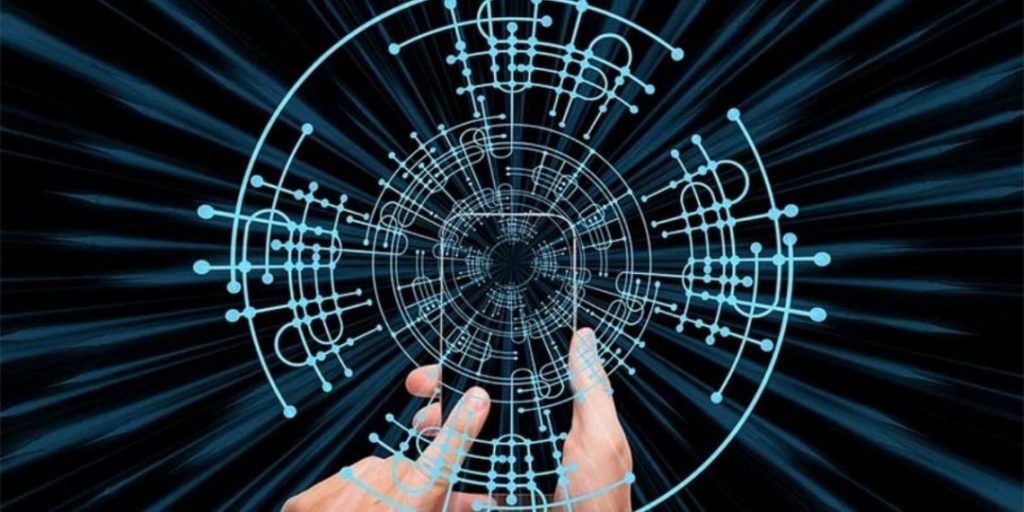 On Monday, Minister of State for Defence Ajay Bhatt, while replying to a question in the Rajya Sabha, stated that “Ministry of Defence has not had any transaction with NSO Group Technologies.” NSO Group is the Israeli technology firm which has developed and sells the Pegasus spyware.

Interestingly, of the ten central agencies authorized to carry out surveillance, only one, the Directorate of Signal Intelligence, comes within the ambit of the Defence Ministry.

17 journalists, including 5 from India, file complaint against NSO in Paris; matter referred to UN

Last week, 17 journalists from seven countries, who were listed on NSO Group’s alleged snooping target list that was accessed by the Pegasus Project, alongside the international non-profit NGO Reporters Without Borders (RSF), filed complaints before prosecutors in Paris against NSO Group.

RSF has referred their case to four United Nations (UN) special rapporteurs: those on freedom of opinion and expression, the right to privacy, human rights defenders, and protecting human rights while countering terrorism. It has requested them to seek explanations from the governments suspected of using Pegasus to spy on these journalists.

Of the 17 journalists, five are from India: The Wire’s Siddharth Varadarajan and M.K. Venu, senior journalist Sushant Singh, RSF’s India correspondent Shubhranshu Choudhary, and independent journalist Swati Chaturvedi. Forensic tests have confirmed that the former three’s phones were indeed infected with Pegasus, while Chaturvedi’s phone number was also present on the list.

Among the rest of the 12 complainant journalists, five are from Mexico, two are from Azerbaijan, two from Hungary, one from Morocco, one from Spain, and one from Togo.

Last week, The Wire had revealed that the telephone numbers of two Supreme Court registry employees N.K. Gandhi and T.I. Rajput had been entered into the alleged Pegasus target list in 2019. Both worked in the ‘writ’ section of the apex court’s registry.

It also revealed the presence in the list of a mobile number registered in the name of Justice Arun Kumar Mishra between 2010 and 2018. Justice Mishra’s number was added to the list in 2019, when he was a sitting Supreme Court judge. However, Justice Mishra informed The Wire that he had “surrendered the number on April 21, 2014”.

Justice Mishra, who retired from the Supreme Court in September 2020, was appointed as the Chairperson of the National Human Rights Commission in June this year.

The Wire also revealed the addition of the numbers used by the lawyer Vijay Agarwal and his wife into the alleged target list in early 2018. Agarwal has been the counsel of diamantaire Nirav Modi, who is wanted for bank fraud in India, and fled from India in January 2018.

More lawyers revealed to have been surveillance targets

Delhi-based lawyer Aljo P. Joseph was also revealed to be a snooping target, added to the list in 2019. Joseph has been representing Christian Michel, a British national and alleged middleman in the AugustaWestland VVIP helicopter bribery scandal of 2013. Michel was extradited to Indian in December 2018, and has been in detention since then. He had claimed in 2018 that he was being pressurized by the Enforcement Directorate to depose against Indian Congress (INC) President Sonia Gandhi, and the Bharatiya Janta Party (BJP) has attempted to use the scandal to push against the INC’s allegations against it of corruption in the purchase of Rafale aircrafts.

Preliminary evidence from the forensic examination of Joseph’s phone has indicated the presence of a Pegasus-related iMessage lookup as part of the process of targeting.

The target list also had added to it in 2019 the number of M. Thangathurai, a junior lawyer working in the chambers of former Attorney-General (AG) Mukul Rohatgi. Rohatgi was appointed as AG by the present government in 2014, and demitted office in 2017.

Randhawa also worked as an election agent in 2019 for the Punjab Ekta Party’s Paramjeet Kaur Khalra, the widow of KMO founder Jaswant Singh Khalra. Paramjeet ran her campaign on the issues of extrajudicial killings of Sikhs in Punjab, and received over two lakh votes in a losing effort.

Another Punjab-based human rights lawyer, Jaspal Singh Manjhpur, was added to the list in mid-2018. Manjhpur, based in Ludhiana, is known for his work on cases filed under the Unlawful Activities (Prevention) Act in Punjab.

In July 2018, he became the legal counsel for British Sikh Jagtar Singh Johal, an accused co-conspirator in the killings of five members of the Rashtriya Swayam Sevak (RSS), two members of the Dera Sacha Sauda and one pastor in Punjab between April 2016 and October 2017. The murder of one of the RSS members is currently being investigated by the National Investigative Agency.

Johal is one of the eleven persons arrested in relation to the killings so far. He was arrested in Punjab in 2017 where he had come for a wedding.

As his lawyer, Manjhpur had travelled twice to the U.K. to meet his family in August 2018.

Manjhpur claimed to The Wire that in July 2018, he went to Delhi upon being called by the Central Bureau of Investigation and the Research and Analysis Wing for questioning. When he met the intelligence officials, they had some of his private conversations with his sources available with them. He also claims that the officers tried to intimidate him for doing his work, and accused him of being associated with radical Sikh groups.

Last week, the Bombay High Court also issued notice to the Maharashtra government on a public interest litigation seeking a judicial inquiry into a 2019 visit to Israel by a delegation of five “chosen” senior officials of the state’s Directorate General of Information and Public Relations (DGIPR) for ten days to study “advance web media,” as per the PIL. The petitioners’ lawyer claims that the actual object of the tour “was to acquire a spying software like Pegasus”.

According to the PIL, the alleged study tour took place without acquiring the necessary permissions from the state or union governments, and in breach of the rules set out for such tours.

The trip allegedly commenced on November 15, 2019, in the aftermath of the state’s assembly elections. The aftermath of the polls witnessed a political crisis, as the ruling National Democratic Alliance of the BJP and the Shiv Sena (SS), which won a majority of seats, dissolved due to differences over government formation. President’s Rule had been imposed in the state on November 12, 2019. The BJP’s incumbent Chief Minister Devendra Fadnavis was sworn in the CM on November 23, with the Nationalist Congress Party’s Ajit Pawar being sworn in as Deputy CM, before both resigned only three days later before an imminent floor test. The SS, INC and the Nationalist Congress Party (NCP) ultimately formed the Maha Vikas Aghadi alliance and formed the government on November 28.

The smartphone of British activist, entrepreneur and lawyer David Haigh, who has been a campaigner for human rights justice in the United Arab Emirates, was infected with Pegasus in August 2020, according to a forensic examination of his phone by the Pegasus Project. Haigh’s number is the first confirmed infection by the spyware in the U.K.

Haigh served a 22-month prison sentence in Dubai over a fraud and embezzlement conviction in 2015. Haigh claims that he was raped and tortured during his detention.

Haigh’s phone was infected just after he lost contact with the Emirati princess Sheikha Latifa Mohammed al-Maktoum, with whom he had been secretly communicating for about eighteen months. Latifa had escaped from Dubai in February 2018, before being captured near the Indian coast and returned to Dubai by a joint Indian-Emirati operation in March 2018. She has been living in house arrest ever since, and had apparently been communicating with Haigh through a phone she had secretly secured.

Haigh has also been associated with a court case of Princess Haya bint Hussein, a member of the Jordanian royal family, and a former wife of Latifa’s father Sheikh Mohammed bin Rashid Al Maktoum. The court case related to Haya and Al Maktoum’s highly publicized legal battle in England in 2019 and 2020 over the custody of their two children.

Al Maktoum is the ruler of Dubai, and the Vice President and Prime Minister of U.A.E.

The Pegasus Project revealed last month that Latifa’s number and those of her closest friends and relatives had been added to the alleged surveillance list when she attempted her escape in 2018. It also revealed that the numbers of Haya and those of her her half-sister, assistants, horse trainer and members of her legal and security teams had been added to the list in early 2019, around the time of her divorce from Al Maktoum, and a couple of months before she left Dubai with her children to reside in the U.K..

NSO’s ‘Transparency and Reliability Report’, published in June this year on its website, claimed to have withdrawn the use of Pegasus from five unidentified clients since 2016. The report also stated that it had “investigated and substantiated an instance of product misuse to target a protected individual” in 2020, following which the company “terminated the use of Pegasus”.

Pegasus Project partners Washington Post and The Guardian were informed by sources that NSO terminated its contract with Dubai in the last one year over human rights concerns and the targeting of the two princesses.

Early last week, France’s national agency for information systems security confirmed the presence of Pegasus in the phones of three French journalists. This marks the first time an independent and official state authority has corroborated the findings of the Pegasus Project.

One of the three journalists, Lénaïg Bredoux, with the French investigative website Mediapart, had written a series of articles on Abdellatif Hammouchi, the director general of Moroccan internal intelligence in 2015.

The French President Emmanuel Macron, who was himself placed in the target list, allegedly by Morocco, has already ordered multiple investigations into the Pegasus Project revelations.

Till now, the names of 161 Indians who were targets or potential targets for surveillance through Pegasus have been revealed. The Pegasus Project has been able to forensically examine 24-25 of these individuals’ phones, and found traces of Pegasus activity on 13 of them.