Need for independent review of role of courts in Fr. Stan’s Death

Juxtaposing the repeated rejection of bail applications from Fr. Stan Swamy by the courts with the Delhi High Court’s judgments from last month granting bail to three jailed student activists similarly charged under the Unlawful Activities (Prevention) Act, DR. G. MOHAN GOPAL presents an indictment of the role of judicial error in Fr. Stan’s demise and makes the case for an independent review of the courts’ role in the same. 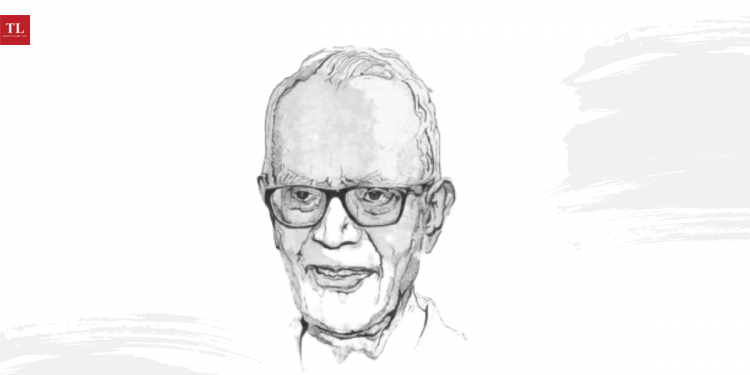 Dr. Ian D’Souza, medical director of the Holy Family Hospital, Mumbai, reportedly informed the Bombay High Court on July 5, 2021, that Fr. Stan Swamy’s “[c]ause of death is definitely pulmonary infection and Parkinson’s disease among others. There were post-COVID effects on his lungs.” The fatal ailments the doctor listed were but the natural consequences of the underlying cause of Fr. Stan’s death. Fr. Stan lost his life because of errors in judicial judgment – errors that could and should have been avoided.

Imprisoning Fr. Stan during the pandemic was a judicial error

Sending Fr. Stan to Covid infested prisons during the pandemic knowing that it would likely result in his death was a grievous error. An unassailable legal necessity for imprisoning him had not been made out. Other options were available. The judges knew that Fr. Stan, at 83 years of age when he was first arrested in October 2020, was in a category of persons declared by the Government as most vulnerable to COVID-19. They knew that the deadly coronavirus was raging in the prisons to which they were sending him. They knew that COVID protocols cannot be effectively observed in prisons due to overcrowding and unsanitary conditions.

We can reasonably attribute to the judges the knowledge that if they send Fr. Stan in these conditions to prison he would, almost as a matter of mathematical certainty, contract COVID; that the virus would ravage his frail and aged lungs; and that he would then die. Yet, knowing all this, the judges sent him to prison anyway.

What followed was expected. Fr. Stan’s Parkinson’s condition deteriorated sharply. He contracted COVID. He did not receive proper medical care until it was too late. The virus pushed his health into critical status. And he died.

The judges had the option of giving Fr. Stan bail. That would have saved his life. But they erred in rejecting his bail applications on multiple occasions. They wrongly saw bail as a matter of judicial grace rather than as a tool to secure a constitutional right. They gave credence to unsubstantiated claims made by the police as a basis for his pre-trial detention.

There is no record of their having interpreted and applied the law on bail informed by Constitutional law and established principles. They approached the question of bail —as so many judges sadly do daily across the country — in a routine manner, with little urgency. The judges chose to deprive Fr. Stan of his liberty. But, at no point did the Constitution absolve them of their duty to protect his right to life even while depriving him of his liberty. In this, they failed.

The Delhi High Court understood that liberty, including the right to bail, is a fundamental right that is to be zealously protected. They did not issue a routine order denying or granting bail. Instead, they gave meticulous and anxious consideration to the balancing of the power to detain with the right to liberty from detention based on principles of Constitutional law.

“The consequences of pre-trial detention are grave. Defendants presumed innocent are subjected to the psychological and physical deprivations of jail life, usually under more onerous conditions than are imposed on convicted defendants. The jailed defendant loses his job if he has one and is prevented from contributing to the preparation of his defence.”

The Delhi High Court judgments stated that that the denial of bail pending trial may be justified principally on the basis only of three cardinal concerns, namely, evidence tampering, witness intimidation and “abscondence”.  These, the division bench felt, could also be addressed by the imposition of requisite conditions on the grant of bail.

Had the law, as rightly appreciated by the Delhi High Court, been followed by the judges who adjudicated Fr Stan’s bail applications in time, he would have been granted bail early on and would have almost certainly been alive today.

The principles on pre-trial detention set out by the Delhi High Court reflect globally accepted standards. A 2005 Handbook Of International Standards On Pretrial Detention Procedure prepared by the American Bar Association says, “Pretrial detention should be ordered only if there are reasonable grounds to believe that the accused has been involved in the commission of the alleged offence, and there is a danger of flight, commission of further serious offences, or that the course of justice will be seriously interfered with if they are freed.”

Fr. Stan had alleged that he was being singled out for prosecution by the Government to stop him from supporting poor tribals in fighting for their rights. In legal terms, this is the defence of ‘selective prosecution’, that is, the defence that the prosecution is vitiated because it is based on arbitrary or prohibited grounds.

Acceptance of the claim of selective prosecution would have resulted in the quashing of the whole prosecution. This claim was not addressed by judges as a threshold issue. Nor did the judges take up Fr Stan’s equally significant claim that he was being framed by the National Investigation Agency by planting false evidence on his computer.

Framing is a crime. Unlike a claim of malicious prosecution, a complaint against framing also needs to be addressed as a threshold issue, as it vitiates the entire investigation.

Did the government’s political narrative influence the judicial process regarding Fr. Stan?

The judicial treatment of Fr. Stan raises the deeper issue of “narrative independence ” —  the Constitutional requirement that, to uphold the rule of law, separation of powers and judicial independence, the judicial process must remain demonstrably aloof from and independent of political narratives created by Governments against persons they prosecute.

This issue was highlighted in the U.S. Supreme Court judgment in   Hamdan vs. Rumsfeld, 548 U.S. 557 (2006). The political narrative of the Bush administration was that Hamdan was a dangerous terrorist who would cause great harm or death to innocent civilians given the opportunity. The Administration sought to use this narrative to influence judicial decisions on Hamdan. Rejecting such an attempt, Justice John Paul Stevens, speaking for the court, memorably said, “We have assumed, as we must, that the allegations made in the Government’s charge against Hamdan are true. We have assumed, moreover, the truth of the message implicit in that charge, viz., that Hamdan is a dangerous individual whose beliefs, if acted upon, would cause great harm and even death to innocent civilians, and who would act upon those beliefs if given the opportunity. It bears emphasizing that Hamdan does not challenge, and we do not today address, the Government’s power to detain him for the duration of active hostilities in order to prevent such harm. But in undertaking to try Hamdan and subject him to criminal punishment, the Executive is bound to comply with the Rule of Law that prevails in this jurisdiction.”

The Delhi High Court judgments from last month granting bail to three UAPA accused are a commendable example of narrative independence. The Government’s political narrative was that the three students are terrorists bent on overthrowing the Indian Republic. The Delhi High Court stayed aloof from the political narrative of the Government of the day and focused only on upholding the rule of law, separation of powers and constitutional supremacy.

In Fr. Stan’s case, the Government’s narrative was that Fr. Stan was a terrorist trying to overthrow the Republic of India. He was an enemy of India. It would be worthwhile to review the case records to assess whether the harsh treatment of Fr. Stan was the result of judicial decisions being influenced or affected by this narrative of the Government.

There is a wide and deep concern worldwide about the overall role of the judiciary in the death of Fr. Stan. Fr. Stan’s case raises serious institutional issues of errors in judicial decision-making in individual cases that impair judicial independence, the separation of powers and the rule of law even when judges are acting in good faith within their jurisdiction. Facts need to be established. Accountability must be fixed. Corrective action must be taken to prevent a repetition.

With Fr. Stan’s death, there is little likelihood that this may be done on the judicial side. Nor can available institutional mechanisms such as the Supreme Court’s in-house procedure and statutory impeachment help. They are geared towards individual judicial misconduct rather than institutional errors.

In the absence of any existing mechanism to adequately respond to public concerns, what is the way forward?  At the very least, and as a first step, the Chief Justice of the Bombay High Court should appoint a retired Supreme Court judge to review Fr. Stan’s treatment by judges in both NIA Courts and the Bombay High Court and make suitable recommendations.

Fr. Stan’s experience is not a one-off exception. While this case may have received global attention, with an under-trial prison population of a whopping 67% of inmates, there are many instances in which under-trial prisoners are deprived of their liberty and justice due to the power of political narratives that have no locus in law. Indeed it appears that it was fighting for their rights that put Fr. Stan afoul of the powers that be in the first place. A process of debate must also simultaneously begin on permanent institutional safeguards to address these concerns.

Fr. Stan’s death should not be in vain. It should give further impetus to the long-standing campaign to build a world-class system of judicial accountability in India.

First published in The Leaflet.
Dr. G. Mohan Gopal is the former Director of the National Judicial Academy. The views expressed are personal.)
Disclaimer: The views expressed in this article are the writer's own, and do not necessarily represent the views of the Indian Writers' Forum.