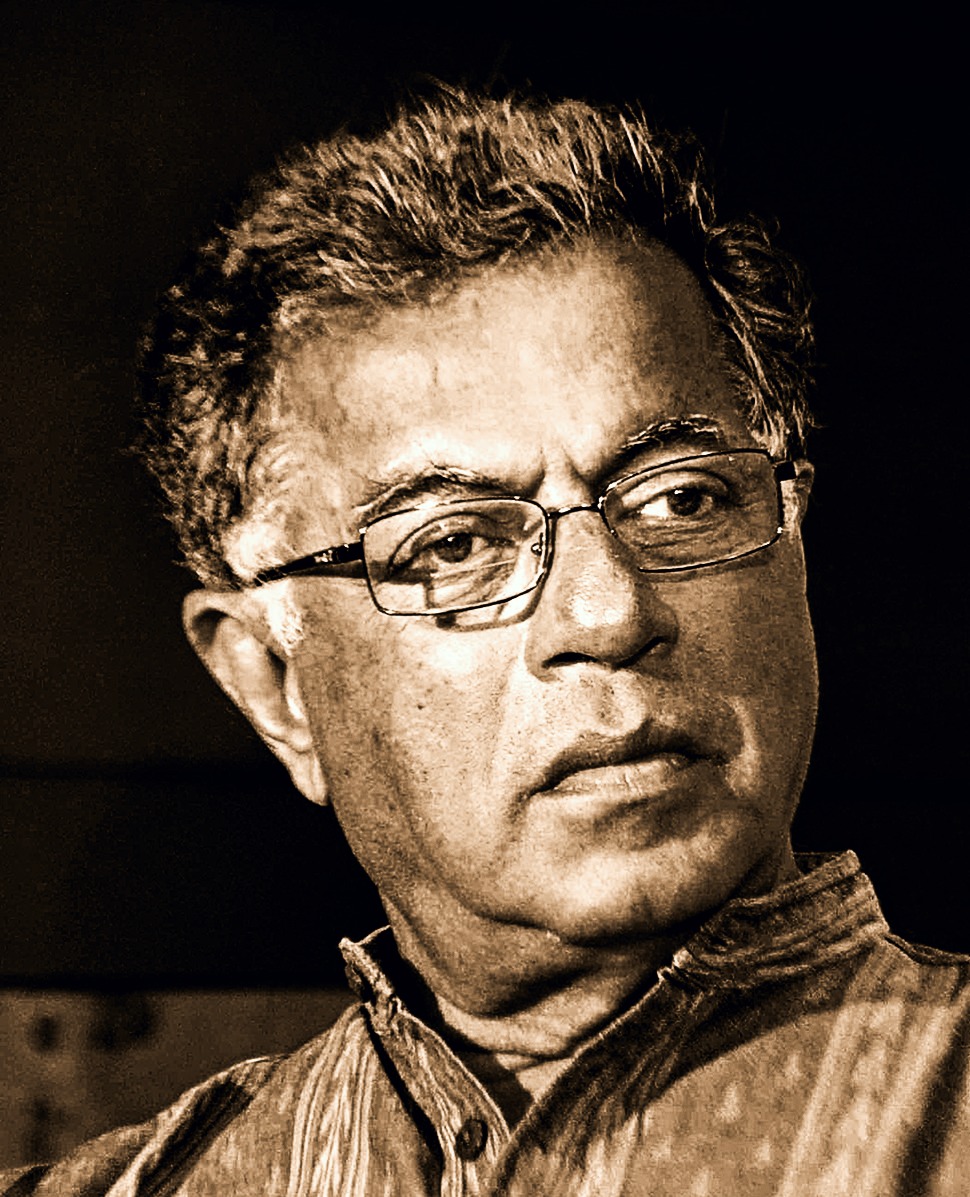 Karnad calls the epilogue to his memoir – ‘Ardhakathanaka’, reading it I wished and wished that we could have had the benefit of a full tale. He left us too soon. Girish and I were in Oxford at the same time, he was a Rhodes Scholar at Magdalen and I was a senior student at St. Anne’s. Both of us were doing PPE (Hons.). There were very few south Indians among the Indians in Oxford, most of them were either from Kolkata, as the Presidency College had a connection with Oxford or from the Kashmiri Pandit families. There were Nehrus and Haksars. So, when I heard there was a Kannada speaking student, I was excited and immediately traced him and sent a message asking him to invite me for tea.

I asked him to invite me rather than inviting him myself as I was an absolutely poverty stricken student, living in a tiny room with not even a kitchen. And he, being a Rhodes Scholar, would have far greater means than I could have. So poor man, he did but it did not work, in the sense that it did not ring in a friendship.

Then we lost touch till he started working at OUP and came to the Delhi office. I can never forget the shameless way we young women in Delhi, crowded around him at a party thrown by Romesh and Raj Thapar at Christmas or New Year. The Thapar’s annual party was a popular ritual and my brother, being a friend of the Thapars, attended it.  Girish was unbelievably handsome, tall and with that unique timber to his male voice, which all of us, his audiences know. We shamelessly crowded around him. But, luckily for Saraswati whom he married later, none of us could trap him.

Many decades later, we came together in Bangalore. Girish, Saras and their two children, who were in school at the time, lived there and I had set up a small research centre with funding from the government and some foundations.

Girish contacted me and asked if it was possible to accommodate Saraswati in the Institute’s work and so, sure enough, Saras joined us and was in charge of a field based study that suited her. So our second innings began with Saras’s children playing in my father’s garden and Girish sometimes coming to pick them up.

By this time, he was an established playwright, film star and a theater person and it was exciting to set one’s eyes on him. Over the last few decades I have yearned to be a part of his circle of friends — he was a friend of many of my friends but that didn’t work out.

However, fate brought us together again when after Gauri Lankesh’s murder, there was a public meeting led by Girish in honor of Gauri, who was killed for speaking out. The meeting was both to support and celebrate Gauri as well as draw attention to the injustice of her killing.

At this time, some of us in Delhi had filed a petition in the Supreme Court to release the three activists who had been falsely accused of causing the Bhima Koregaon riots. Girish invited me to bring these two protests together, to show the injustice . It was a great moment for me to sit next to Girish and to speak at the conference. He offered to drive me home from the conference center. He had his oxygen support, the tubes going through his nose, but undeterred, Girish continued to champion these causes against injustice. I am grateful for that experience as I loved him dearly and admired his politics.

What a life he led — from a child who was moving from place to place in north Karnataka to writing in Kannada, publishable narratives, coming back to work at OUP and then flying out as one of the most brilliant actors as well as playwrights. I went to see many of his films and found his acting gripping.

So, there he was, this little boy from Dharwad, a writer, a playwright and an actor in movies and theater, a giant of a person. In This Life At Play put together by his children from his own diaries, all of this comes through in the most gripping way. One cannot stop reading it and I must say that I read it in one big gulp. At one point, he talks about how his parents did not want this child and to his good fortune the doctor who was to conduct the abortion was not available!

I was one of those fortunate ones who could meet his mother in Dharwad and I had heard that she could sing. So when I visited her, she sang for me with her harmonium.

It is difficult for me as someone who admired Girish for his acting and his playwriting, to imagine him working at the Oxford University Press. But that was the charm of those days, when you could have your feet in two different worlds.

Today, professions are much more bounded and what can be called “crossing those professional lines” is not easy. In fact, all professions have been so professionalised that they have become disciplines instead of free places where creativity can be nourished.

The book is full of exciting stories, so much of our history is unraveled. For example, the whole controversy with the Pune Institute. But reading the book in a day and a half, what comes through is how a genius with passion breaks through all the thorny bushes. And we are lucky to be the beneficiary of the work that emerged beyond the thorny bushes.

This book, written in Kannada and translated into English, must be read especially by the current generation of writers and thinkers. Not everybody can be Girish, it is not just opting out, it is political passion combined with literary genius.

Is it the last flight for Pegasus?