The politics behind rising atrocities against dalits 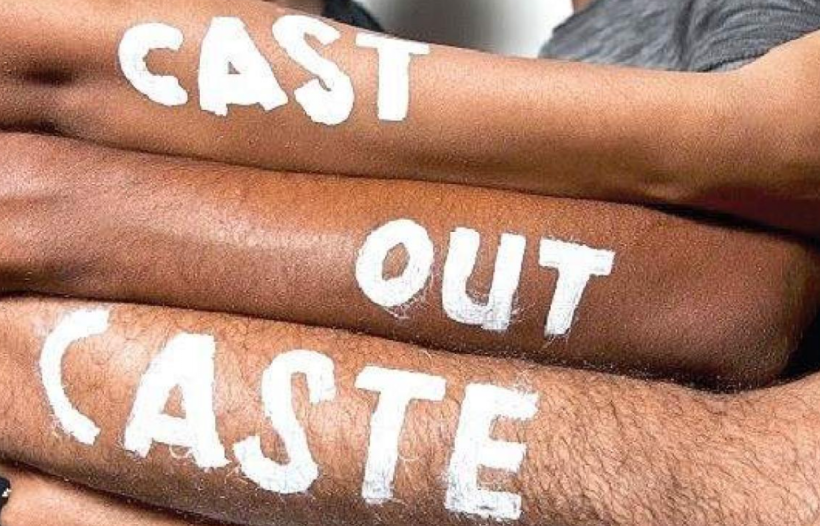 In Karakthal village in Ahmedabad, Gujarat, a Dalit youth was recently thrashed for daring to sport a moustache. In Chikkmagaluru, Karnataka, a Dalit youngster was tortured and subjected to degrading treatment in police custody. In Madhya Pradesh, the wife of a Dalit labourer, five months pregnant, was raped before her children over his refusal to chop some trees. These are just some of the anti-Dalit atrocities reported from across India of late.

The rise in anti-Dalit crimes is not for the first time, but ever since the BJP-led NDA government came to power in 2014, their incidence has climbed significantly. [Crimes against Dalits and Adivasis have increased by 27.3% and 20.3%, respectively in 2018.] It contradicts the claim of the BJP that its government and politics are pro-Hindu and pro-poor. It is not just the minority Muslims and Christians who are being Othered in the current dispensation. The growing frequency of caste-based atrocities reflects how the BJP encourages and promotes Brahmanism. It happens at the cost of those Hindus who do not belong to elite castes according to the traditional caste hierarchy. In other words, the impact of Brahmanical policies and strategies on the Dalits, women, and others is hugely under-recognised in India. The words of the first law minister BR Ambedkar seem to be coming true. “If Hindu Raj does become a fact, it will, no doubt, be the greatest calamity for this country,” he had written.

A two-pronged process is underway in India. First, there is a decline in the social status of the Dalits, which reflects in the increasing atrocities. Many Dalit communities are also in an economic decline because, for ideological reasons, the BJP has devalued, banned or opposed some trades they engage in without creating alternative sources of income. “Constitutional and Legal Challenges Faced by Religious Minorities in India”, a report sponsored by the United States Commission on International Religious Freedom (USCIRF). It says, “…religious minority communities and Dalits, both have faced discrimination and persecution… In particular, since 2014, hate crimes, social boycotts, assaults, and forced conversion have escalated dramatically.”

While the socioeconomic scenario for Dalit and other marginalised groups has deteriorated, the government has done little to change things. Affirmative action through reservations for Scheduled Castes and Scheduled Tribes existed before Independence, but the policy was never properly implemented. As a result, multiple Dalit communities remain under-served by reservation in educational institutes and under-represented in jobs. Now, the BJP, which is in power at the Centre and in many states, is diluting the very basis of reservations. Instead of taking historical deprivation as the benchmark for affirmative action, the government wants economic criterion to determine eligibility for reservations. The cut-off for eligibility in a new reservation quota based on economic criteria is so liberal that well-off sections of elite castes would easily capture this quota. Therefore, even within the economic reservations, the BJP has accused of catering to the cream of upper caste society rather than the less well-off or poor.

What is not acknowledged in the public discourse is that the concept of “creamy layer” applies to reservations for the backward classes. Those above the cut-off of income and some other criteria are barred from seeking reservations. It means the economically better off, and therefore more educated, among the OBCs are at a disadvantage even as the seats reserved for OBCs are not filled. Further, there are demands to introduce a creamy layer to determine elegibility of Scheduled Caste applicants for reservations. This would exclude a large section of the educated among the Dalits from any affirmative action policy as well.

Rubbing salt in the wound of exclusion and marginalisation of the Dalits is the campaign run by affiliates of the RSS to project the cow as holy. Violence over allegations of sale and purchase of cattle has upset the applecart of the rural economy, affecting farmers in general and the Dalits in particular. This is because several Dalit groups engage in occupations related to processing cowhide, which in turn goes into manufacturing consumer and industrial goods. Additionally, many victims of lynching over this “emotional” issue were Dalits. The Una episode, in which seven Dalit men were stripped and beaten sent a frightening message to the community. Forget cowhide, even the trade in buffaloes and goats came under a cloud due to the vigilantism unleashed in rural areas.

What we are witnessing is a systematic marginalisation of Dalits in the socioeconomic realm even as they are co-opted for electoral purposes. The BJP has gained a toehold over many SC-Adivasi-OBC constituencies through its “social engineering” and other mechanisms. Of the 84 Lok Sabha seats reserved for Scheduled Caste candidates, in 2014, the BJP won 40 seats, according to a Centre for the Study of Developing Societies study. It could make this happen because its affiliated organisations, such as the Samajik Samrasta Manch, Vanvasi Kalyan Ashram, Vishwa Hindu Parishad and others, are actively Hinduising the people who live in these regions. In other words, the BJP and its affiliates are promoting Brahmanical religiosity in these areas.

Many icons of Dalit-Bahujan communities, such as Raja Suhel Dev, have been lionised and valorised. However, true to its style, these popular local icons are painted over as anti-Muslim figures. Affiliates of the BJP and its parent body, the RSS, have glorified Ambedkar too—while opposing his core belief in equality, pluralism and diversity. The BJP has won over several Dalit leaders who further this political agenda through the cultural and social realms. Scholar Anand Teltumde has called leaders such as the late Union Minister and RLSP leader Ram Vilas Paswan and RPI leader and Minister of State for Social Justice Ramdas Athawale as “Hanumans” of Hindu nationalist politics. However, Chirag, Paswan’s son and a minister, openly called himself the Hanuman of Prime Minister Narendra Modi.

That said, the younger sections of Dalit communities are waking up to the harsh realities of Hindu nationalism due to their growing anger and frustration over the economic crisis and growing atrocities, especially against Dalit women. Surely they will stand against the tactics of Brahmanical nationalism as time goes on. A newer generation of Dalit leaders, such as Jignesh Mevani in Gujarat and Chandrashekhar Ravan in Uttar Pradesh, has warned that the marginalised are being cornered in exchange for temporary and conditional “respectability”. It is hard to predict when the Dalit community will overcome the “magic spell” of the RSS-BJP combine, but in the growing atrocities and economic marginalisation, people can see the motive to keep them in a subordinate position indefinitely.

First published in Newsclick
The author is a social activist and commentator.
Disclaimer: The views expressed in this article are the writer's own, and do not necessarily represent the views of the Indian Writers' Forum.