There is the woman who reinvents the notion of love in a unique way that amalgamates technology and spirituality through the internet; a man full of love who can sing Bulleh Shah and the woman who has lost her all in the 1984 anti-Sikh riots; the woman in the title story who stands by her deaf daughter but understands why her husband must leave the home they have built with love all these years; the man who finds out what it is to be a woman after a dip in the pond, and more.

With a quiet yet powerful invocation of love in all its immeasurable forms- parental, carnal, platonic, romantic, divine — this book is profound exploration of meanings of love, life and death. Weaving together myth, history and hope, these stories jostle with the contemporary, where social issues of our times resonate with the inevitability of the past.

Read an excerpt from the book here: 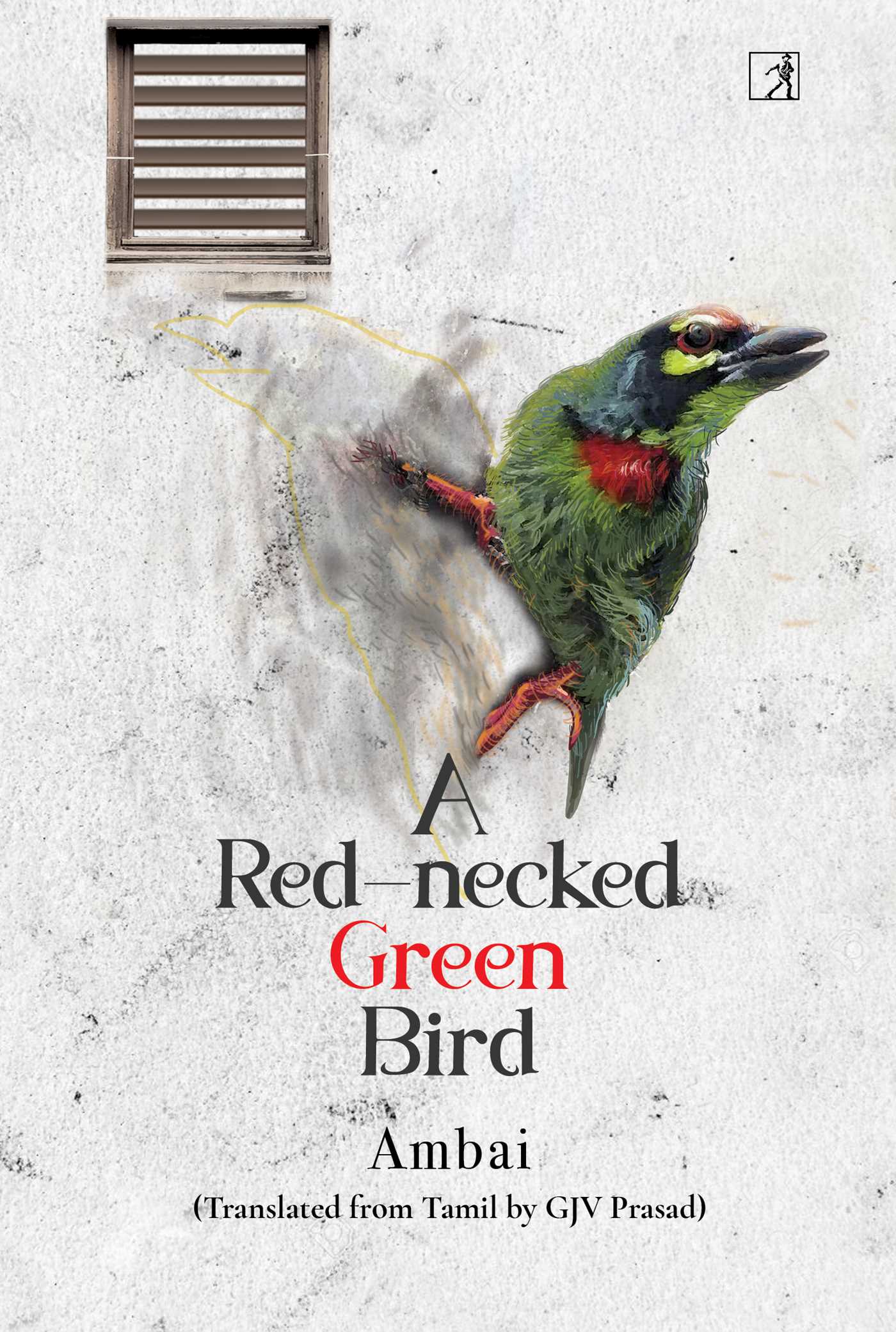 The loss of memory came slowly like dark clouds descending.Suddenly one day, he asked, ‘It is ten o’clock. Why hasn’t your mother returned yet? Why so long to buy vegetables?’Amma was hanging on the wall in front of him.He began to forget where he kept things. Keys, scissors, glasses, books, slippers…then he forgot whether he had brushed his teeth. That he had drunk coffee. That he had oiled his hair. That he had eaten. He lived in a different time. He remembered that his mother would crush the murukku to powder to eat after she lost her teeth. When you make brinjal poriyal with a lot of oil, you should not lower the flame. The stove should be on high. You must keep stirring continuously. He informed her about the recipe. He spoke of the corruption he had found in government accounts. He gave her an account of the setting up of banks in India with complete details. He would read the daily newspaper and talk of a hundred years earlier. He would tell her she must make it a point to go and meet Dr Muthulakshmi. He told her how Sarojini Naidu was twelve years old when she stood first in the Matriculation Examination conducted by Madras University. He spoke of Gauhar Jaan coming to Chennai. He gave his opinions about Nehru and Gandhi and Periyar. He spoke constantly, without slacking.

Ever since she could remember, Appa was a foodie. The house would always be stocked with snacks like murukku, thenguzhal, muthusaram and omapodi. He needed a plateful of snacks with evening tea. On festivals, he needed the banana leaf filled with appam, cheedai, athirasam, vadai and nenthiranga chips. The lady who cooked for them at home got tired making all this. And he needed music along with it too.

Food and music filled his mind. Some days, he would say that he wanted to attend an M.D. Ramanathan concert. He asked why M.L.Vasanthakumari doesn’t sing nowadays.

One evening he disappeared. After searching the beach, bookshop, bus stops, and various other places, he was found outside Kapali Temple singing loudly, ‘Velayundo endru koovi veeethiyil vanthaan—Sundaran.’ There were some coins and fruits lying on the ground in front of him.It was only after that that arrangements were made for a nurse to look after him. Sometimes, he would think of the nurse as his wife. Sometimes he would mistake the nurse for her and call her,‘Kallu…Kalyani.’ His mind would glow suddenly for a few moments.Then he would take some paper and write something.And would forget having written.*

First, unable to swallow, he spat out the banana. He coughed constantly when he ate. They came to know that he had cancer in his throat. He didn’t have the strength to withstand the treatment. He was bedridden at home. Wherever she went, she worried about him. She would run if the nurse called. If you raised his head and fed him slowly, it would go in somehow finding its way. You had to shut the kitchen door when you seasoned a dish or when you made dosai. He would still ask in a feeble tone, ‘What is for food today?’ He would ask for the eeya chatty, the tin vessel in which rasam was prepared, to be brought near his nose. He would breathe in the smell deeply.

One early morning, when she was giving him coffee very slowly, her hand moved a bit fast for a moment, and he pressed her hand hard. He looked at her. The coffee did not go down his throat.

She had had two love affairs then. They had come as huge waves and pulled her away. She drowned with ease without even fighting for her breath. ‘Your life is fully occupied with your father, he doesn’t leave you space for anything else,’ when they complained, she learnt to reach ashore. But the waves still called out to her. When she was clearing Appa’s stuff, she found the note. The only surviving note among those that he wrote whenever his mind cleared for a moment:‘I can see that the path is long. I can’t see my way. Dark. A dense forest that hides all paths. I have forgotten my destination. It is somewhere in the distance. If I remembered its name, I would have some solace. But does it have a name? If I know its name, will I find the way?’She came to Mumbai as a principal of a college.The waves of that ocean of love did dash against her heart at times.It was then that the crow appeared. The crow that brought together the many threads that had separated. The crow that blew into her heart sparks that had become the past. It came every day and reminded her of something. It constantly cawed as if was directing her down various paths of memory. One day, she lost her temper for the first time. She felt as if she was being pursued. Her mother, Visalam, who was a hazy memory, her father who used to talk and whine incessantly and whose throat had constricted, his bare feet, the note about the unknown path, the huge wave moments of love, the fruits and coins lying in front of Appa outside the temple, the rasam vessel extended to his nose, his attempts to eat tilting his head up, the murukku Paatti had made on the spread-out vaetti, the sound links of music that continued from Paatti’s times, the coffee that dripped from Appa’s mouth, she felt as if all these strands came together, twisted into a rope and lashed her in that crow’s cawing.

‘Get lost. I can’t stand your harassment,’ she shouted. She slammed the window shut.The crow never returned.*

One day, when she was travelling by bus, it stopped at a red light. Everyone looked through the windows at the footpath on the left side. When she too looked, she spotted a crow lying on the ground, its wings spread out. In the area above the neck and on one wing it had a pale grey streak. Its throat was swollen. With its beaks open, it was struggling. Two small boys from the slum were looking at it.The bus passengers shouted, ‘Panidya, panidya’ (Give it water, give it water). ‘Pani naahi aahe’ (there is no water), replied the children. A motorbike, attempting to avoid the red light and turn left, got on to the footpath.The motorbike rider and the passenger were in a hurry.The passenger was shouting ‘Faster, faster,’ and the one driving the bike swerved a bit and rode over the crow and sped off. Some people on the bus exclaimed loudly, ‘Haa!’ The crow wasn’t dead.Something like tears flowed out of its eyes. Do crows cry? When someone from the bus held out a bottle of water, the crow’s head fell slowly and got buried in its wings.

Out of the blue came flying a loudly cawing screeching murder of crows.

This is an excerpt from A Red Necked Green Bird translated from Tamil to English by GJV Prasad and published by Simon & Schuster India in March 2021. Republished here with permission from the publisher.
CS Lakshmi, writing under the pseudonym Ambai, has been a significant voice in Indian literature for the past four decades. A Red-necked Green Bird is the writer’s seventh collection of short stories. She is currently the Director of SPARROW (Sound & Picture Archives for Research on Women).

Fear Within, Violence Outside