Women and the burden of unpaid labour

Despite being one of the fastest growing economies in the world, the level of inequality has also grown at an equal pace in India. The rich have become richer. According to the Oxfam report 2020, the fortune of the billionaires has increased by ten times over a decade whereas the poor have been deprived of even basic amenities like education, health care and minimum wages.  This level of inequality can be noticed even more starkly in a society (democracy) fractured along the lines of gender. Women become double slaves in a system marked by crony capitalism and inequality. Capitalism made a slave out of man by commodifying not only human labour, but also his emotions, affections, relations and attentions as these became objects to be bought and sold in a market place. This system reinforces division of labour in which both men and women contribute in the public sphere of formal employment whereas women also bear the additional burden of the private sphere for which they remain completely unpaid. 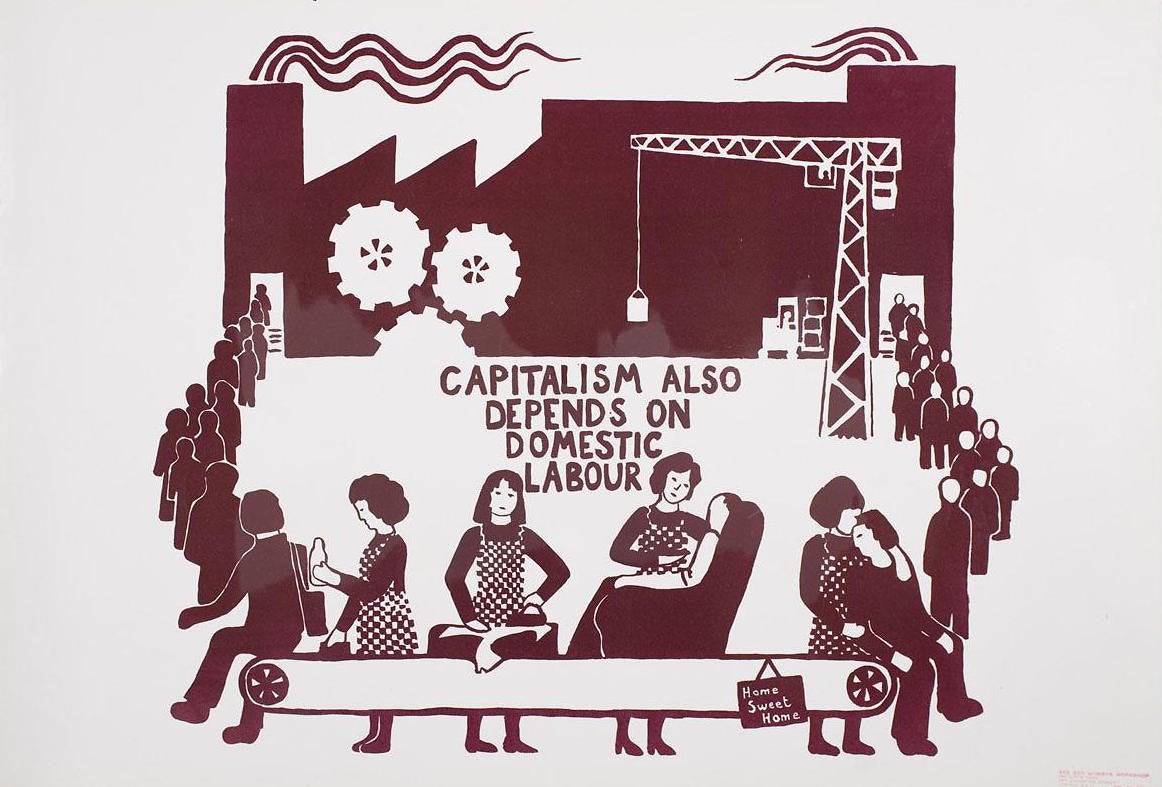 Capitalism disproportionately harms women who have primary responsibilities of caregiving because it is considered to be their prerogative. Women, irrespective of their class, status and positions, spend precious time of the day on cooking, cleaning, taking care of children and other family members. However, this caregiving is taken for granted and goes unpaid. Capitalism thrives on this unpaid labor because it supports lower taxes. Lower taxes lead to higher profit for those sitting at the top rungs in the income ladder that are largely occupied by men. In the latest report of the Annual World Economic Forum, which was released last week, India ranked at 149th position among 156 countries in the gender gap rankings. The Hindu reported in September 2020 that “more than 90 percent women participated in the unpaid domestic work at home in 2019 compared to 27 percent men and only 22 percent women participated in the employment and related activities compared to 71 percent men.” The National Sample Survey Office (NSSO) presented a report, “Women spend 238 minutes i.e. 4 hours more unpaid work each day than men in India.”

The gendered social norms reduce women to economic and social dependence by confining them to mere household chores. A woman being the prime caretaker of the family is still an inseparable part of Indian imagination and she has to carry out this irrespective of circumstances. Their tasks include not only cooking and cleaning and other domestic chores, but also a great amount of emotional labour. This is justified in the name of holding fast to family values and the social order depicting the patriarchal construction of what women are expected to tolerate. Fathers and husbands are still supposed to meet the major needs of food and shelter while working women are conveniently imagined as wives and daughters earning pocket money to purchase ‘lace doilies’ for their dressing tables. Consequently, they economically and socially become more and more dependent on men for their basic livelihood. This forces women to stay in unhealthy and abusive relationships. It is still difficult for a woman to gain respect in social spaces without a man.

Socialist feminists in the United States asserted throughout 1970s that women need to raise voice against exploitation and inequality. They pointed out that “mere smashing patriarchy won’t be enough” because the system provides no support for women when they become mothers. Rather, it forces them to choose between their careers and their families. This phenomenon is called ‘statistical discrimination’ in economic terms. According to this phenomenon, a vicious cycle is created in which women are more likely to quit in comparison to men so they are paid less. It can be observed that “employers discriminate against those whose bodies can produce children” because in fantasy of the patriarchal world, women’s supposedly innate caring nature also makes them perfectly suited for nursing others sick, weak or aged. Women sitting on the top positions at executive levels and with higher income distribution still face gender wage gap and remain underrepresented in leadership positions. India stood 149th in a 2019 list of 193 countries in terms of percentage of elected women representatives in their parliaments. It even fell behind Pakistan, Bangladesh and Afghanistan.

Exploitation and inequality would persist as long as the capitalistic system builds its fortune on the backs of women reproducing the labor force for free. Even during the initial days of the Industrial revolution, the big bosses considered women inferior as they felt them emotionally weaker and less reliable than their male counterparts.  If she demanded a wage equal to that of a man, the employer would hire a male instead. Unfortunately, this attitude towards women still exists globally at work places. Along with economic, popular attitudes in social and professional sphere towards women need to be challenged. It is urgent to question the political, economic, social and religious cultures that prevent women’s participation and entry into the male dominated corridors of power.

Gaurvi Sharma is a researcher with a focus on gender studies, and has recently completed her PhD from the Department of Education and Community Services at Punjabi University Patiala.