The predicament of the Sangh Parivar

In the midst of farmers’ struggle the government has celebrated the Chauri Chaura incident and glorified the families of freedom fighters involved. As part of Mahtama Gandhi’s non-cooperation movement  in 1922, following a police firing on protestors in which three people were killed, violence broke out in Chauri Chaura, near Gorakhpur, wherein a police station was set on fire, killing 22 policemen. Gandhi ji was so disturbed by the violence that he decided to suspend  the entire movement. The Bhartiya Janata Party by choosing to honour the relatives of people involved in this incident, 19 of whom were hanged, 110 given life term in jail and others long term jail sentences, seems not only to be questioning the wisdom of Mahatma Gandhi but also glorifying the violence. Simultaneously,  however, the government is showing condemnation for the violence that occurred on 26th January. It shows selective valorization of certain instances while belittling of other crucial instances which involve marginalized communities. 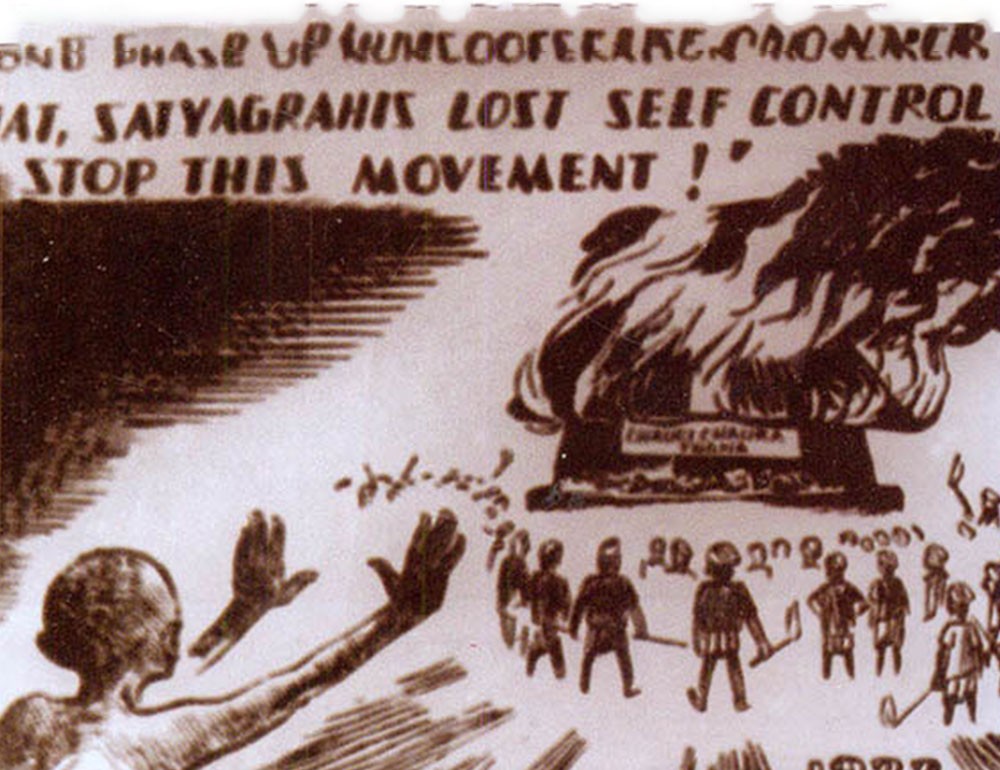 BJP’s predicament is twofold. Its parent ideology of Hindutva, represented by Hindu Mahasabha and Rashtriya Swayam Sewak Sangh at that time, did not support the Indian freedom struggle. Now with its hyper nationalism ideology it doesn’t want to lose any opportunity to project itself as champion of Indian sovereignty. This is the reason that besides its own leaders like Savarkar, Hedgewar and Golwalkar it highlights Mahatma Gandhi, Subhash Chandra Bose, Sardar Patel, Babasaheb Ambedkar and Bhagat Singh to gain vicarious credit for freedom movement. Secondly, the history of Hindutva ideology is full of violence. Starting with Mahatma Gandhi’s murder to demolition of Babri mosque, which provoked immediate communal killings and serial bomb blasts in Mumbai soon thereafter, it is seen to be patronising mob lynchings and vigilante violence over the issue of cow and killing, jailing and humiliation of dissenting intellectuals, all with the sole purpose of mobilization of Hindu votes. BJP in its history also failed to take any stringent measures against the atrocities committed against Muslims, Dalits, tribals and women.

PM has ridiculed the protestors associated with the farmers’ movement by calling them ‘andolan-jeevi.’ Having failed to label the farmers’ movement itself as a movement of terrorists and Khalistani supporters, now the government is trying to find a link between a pro-Khalistani organization and the activists of Extinction Rebellion, an international network against climate change, three of whom are under government scanner for provoking the 26 January incident whereas the group was merely trying to mobilize support for a twitter storm. It is ironical that the government which pretends not to be under any pressure from a real movement of farmers on ground feels threatened by a storm over social media.

Modi and the family of  organisations under the RSS he belongs to, do not seem to be able to comprehend what it takes to run a movement. They have a history of either not participating in movements or seeking mercy of the government to come out of jail if they were arrested in any movement.It is not just Savarkar, but RSS activists during Emergency and movements like the one against Enron in Maharashtra, have demonstrated similar tendencies. They demolished the mosque at Ayodhya during the BJP’s rule in Uttar Pradesh under Chief Minister Kalyan Singh, following which the  accused were acquitted by the court during their own government. Narendra Modi had the audacity to compare the building of Ram temple with the freedom movement of India. It is the frustration of Sangh Parivar of not having contributed to the freedom struggle or in any worthwhile movement for social reconstruction that they try to co-opt national struggles and iconic figures. Some activists have now termed the BJP and PM as “corporate-jeevi.”

There was strong reaction from the government and its supporters, including dedicated media, to the solidarity extended to farmers’ movement by climate change activist Greta Thunberg. Within days of this a major natural disaster took place in Chamoli, causing an avalanche and flash floods in Rishiganga and Dhauliganga causing damage to human lives and washing away of Tapovan Vishnugad and Rishiganga hydroelectric projects. It is worthwhile to recall that our indigenous activist Professor G.D. Agrawal, also known as Swami Gyan Swaroop Sanand died fasting for 112 days in 2018 demanding stoppage of work on all hydroelectric projects in upper reaches of Ganga. Upon his death young hermit Brahmachari Atmabodhanand undertook another long fast, in negotiations with Director General, National Mission for Clean Ganga. At the time the head of Matri Sadan in Haridwar which was the site of both the fasts, Swami Shivanand, had sought suspension of work on three hydroelectric projects, one of which was Tapovan Vishnugad. Professor Agrawal, as a premonition, had warned Narendra Modi that he will hold the PM responsible for his death if it happens due to fasting. Narendra Modi did not listen to him but the nature has taken a decision to halt this project. It is better if the government pays attention to national and international environmental activists in what they say about the phenomenon of modern development with attendant ecological damage. 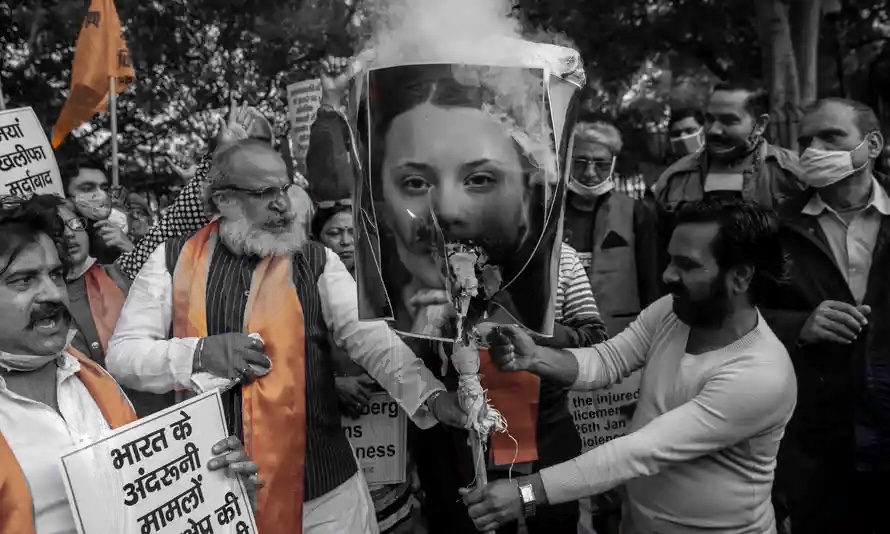 Farming has a direct bearing on climate change and is affected by it. Stubble burning is seen as a major source of pollution and an alternative has to be found to it. Similarly, corporatization of farm sector, the inevitable consequence of the three controversial laws, will lead to more carbon emissions adversely affecting the climate. It will further marginalize farmers, especially landless labourers and women. Climate change cannot be seen in isolation by nations, similarly, the farmers’ movement cannot be termed as internal matter of our country. Human Rights are universal and anybody belonging to any part of the world has the right to criticise their violations in any other part of the world.