Statements in solidarity with Newsclick: We will not be silenced

On Tuesday morning, the Enforcement Directorate (ED)  raided the residences of several officials and journalists associated with Newsclick.in. The organisation’s office was also raided. A fresh assault on press freedom, this is yet another attempt to harass and intimidate independent media and those who speak truth to power. Newsclick has stood for critical fearless journalism, reporting with commitment and in alliance with people’s movements.

Statement by the Delhi Union of Journalists 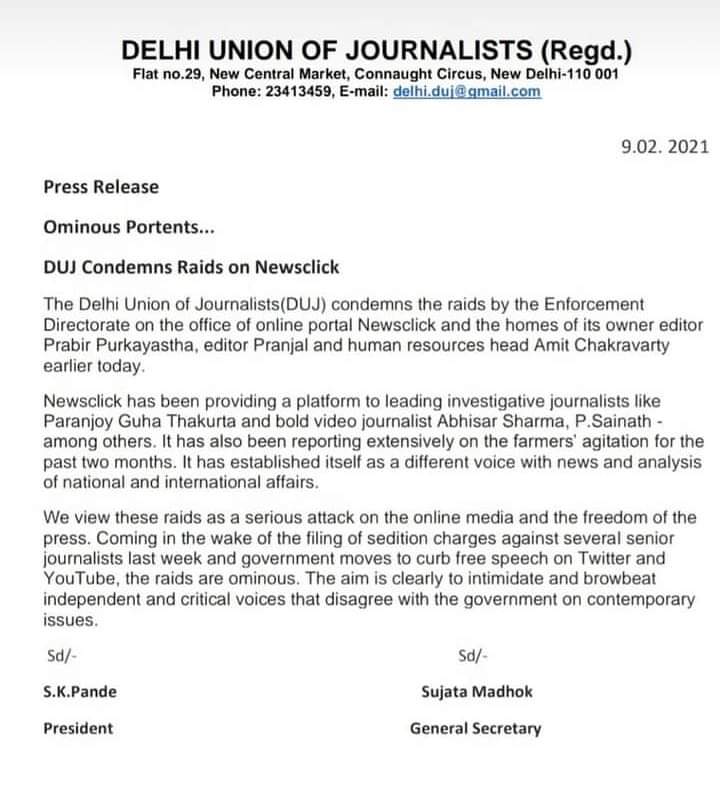 Tweet by the Committee to Protect Journalists (CPJ) Asia chapter

We are concerned by news reports that the Indian government’s Enforcement Directorate raided the office of @newsclickin today. We urge authorities to respect press freedom.https://t.co/EI5s87dpoo#PressFreedom #India

Statement by the Editors Guild of India 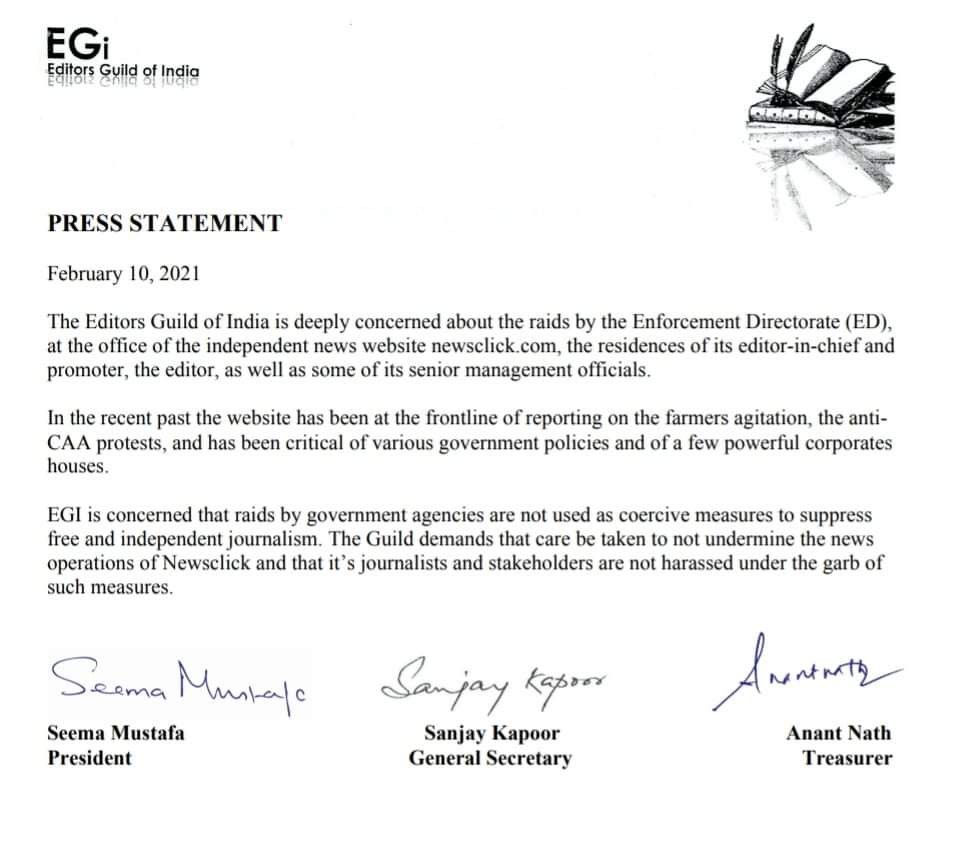 Statement by the Press Club of India 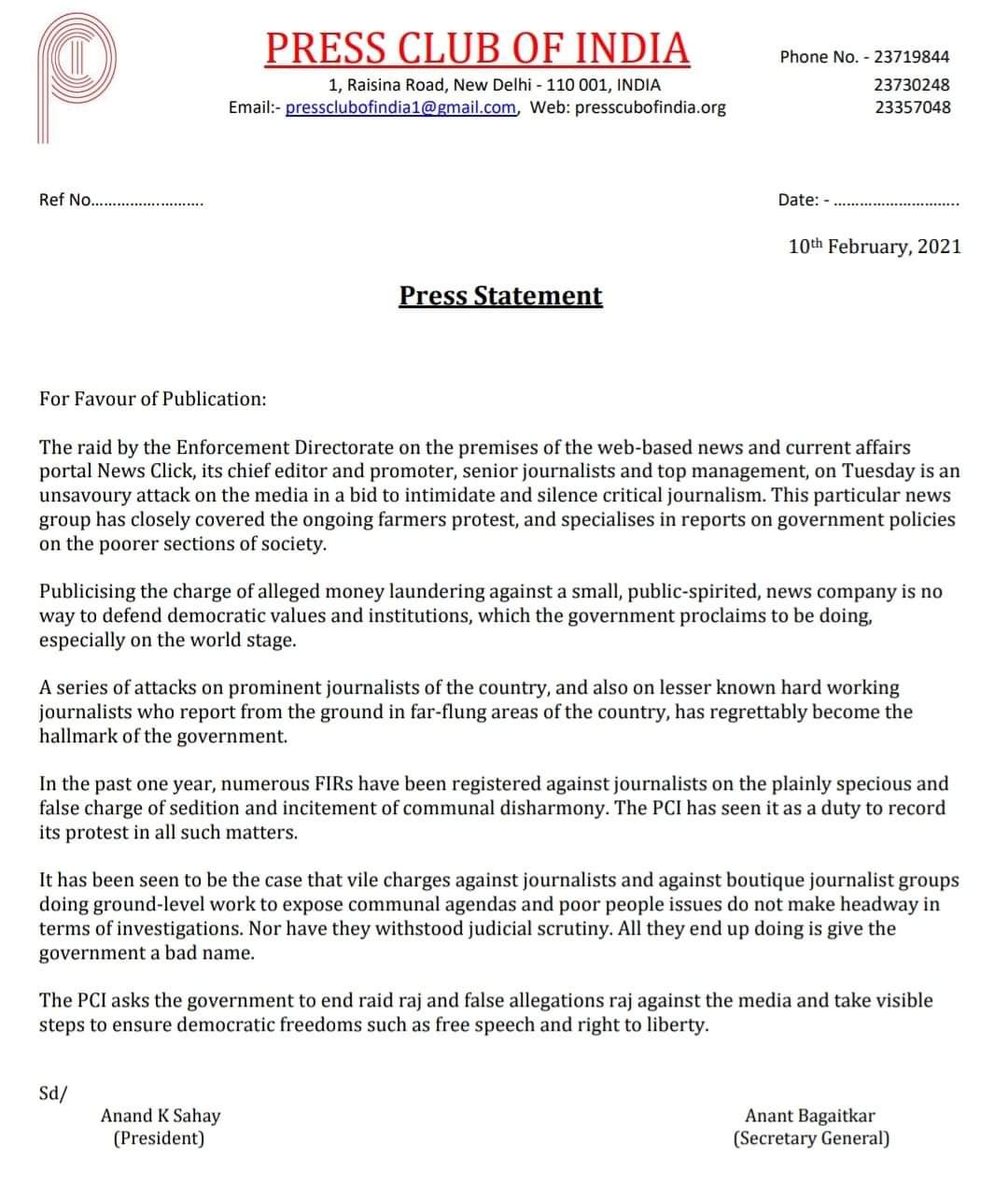 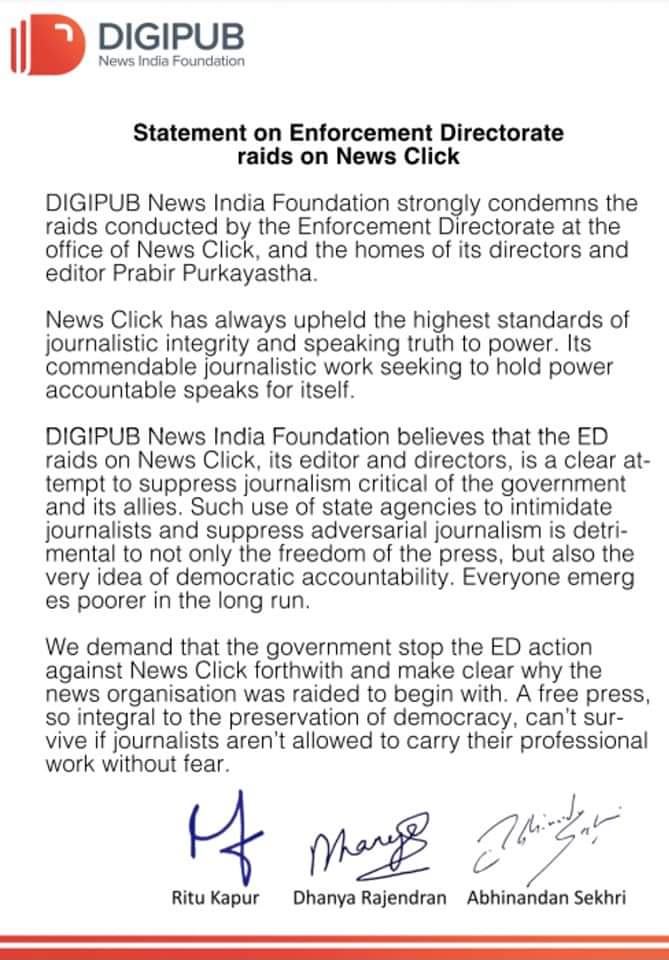 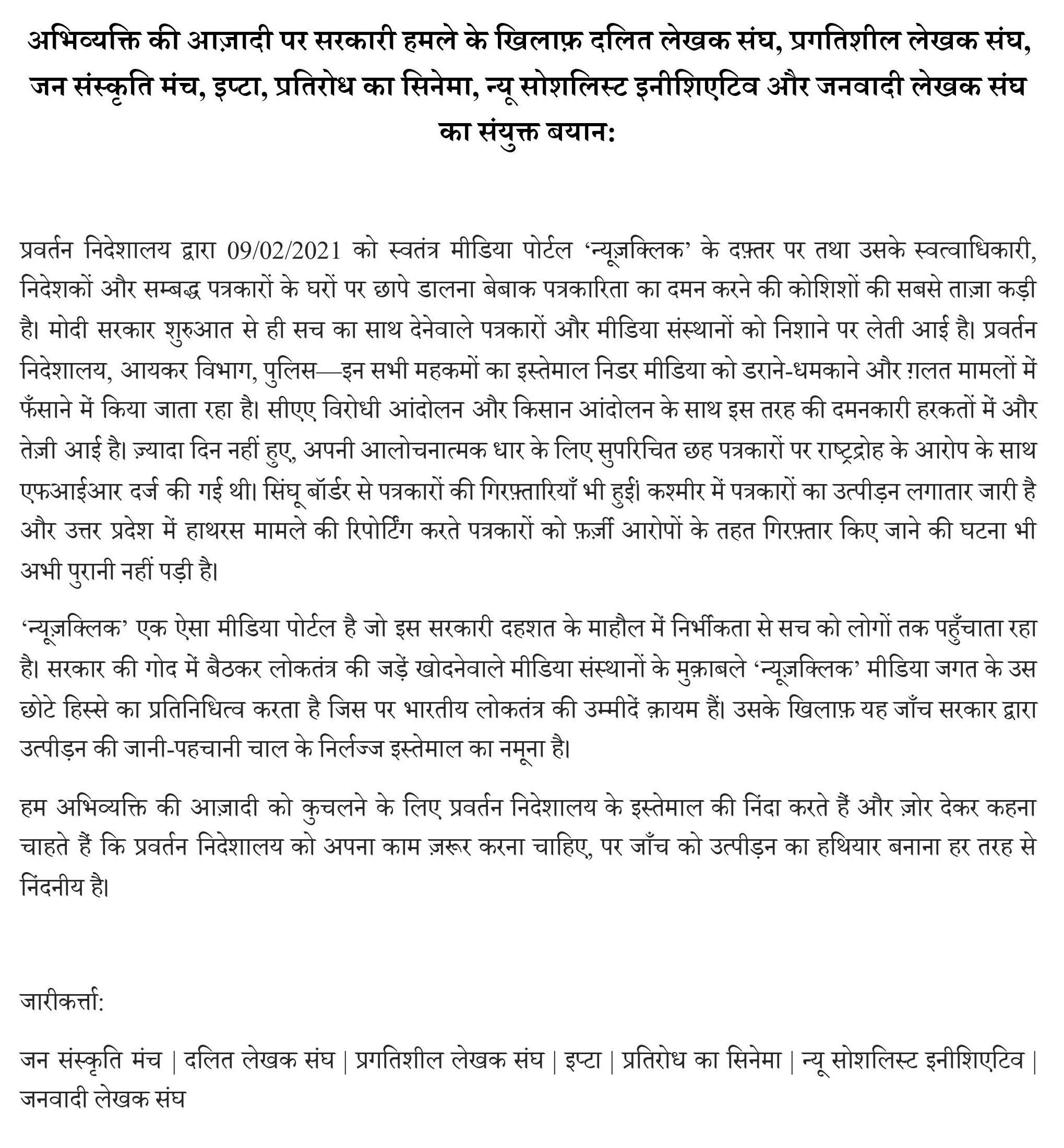 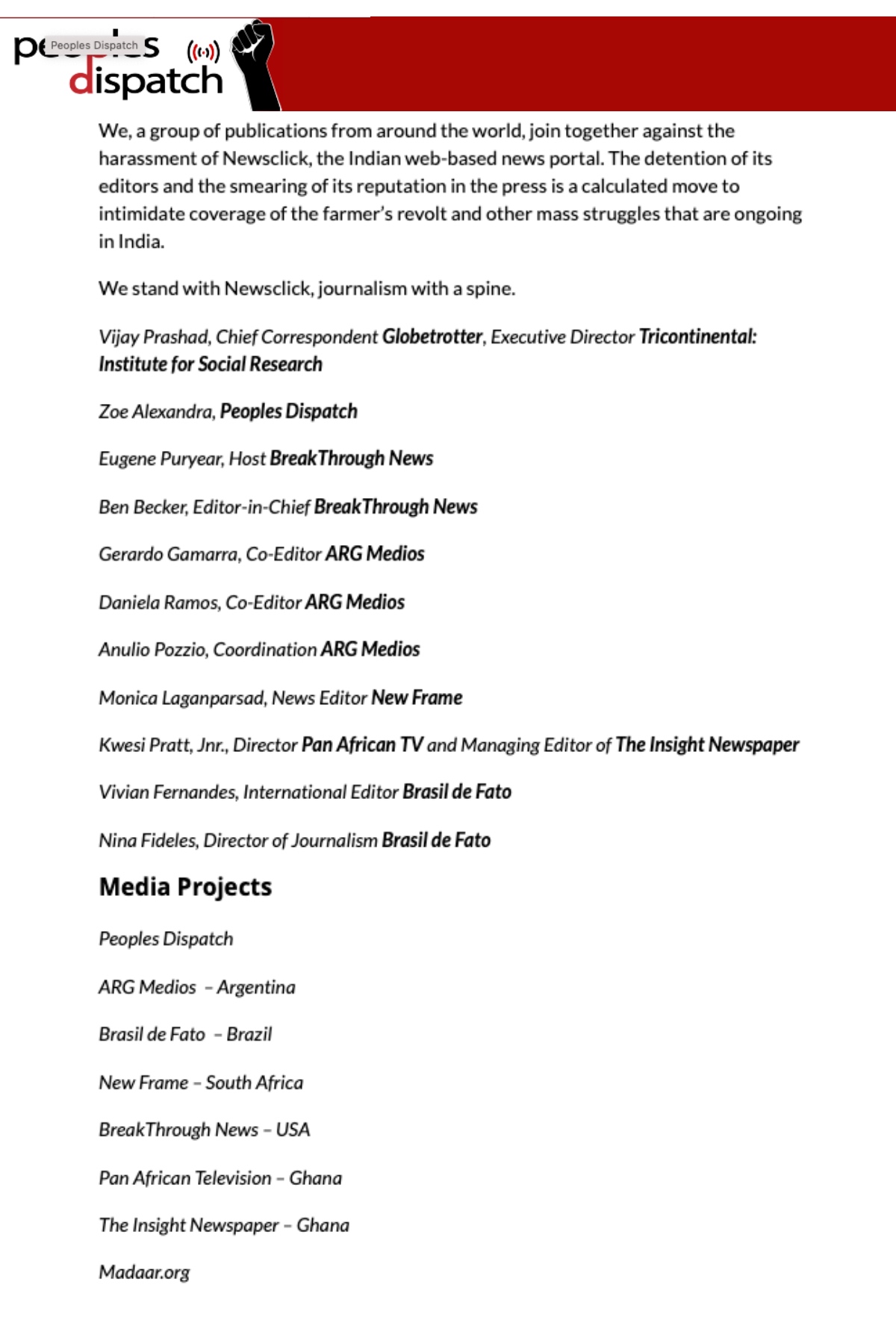 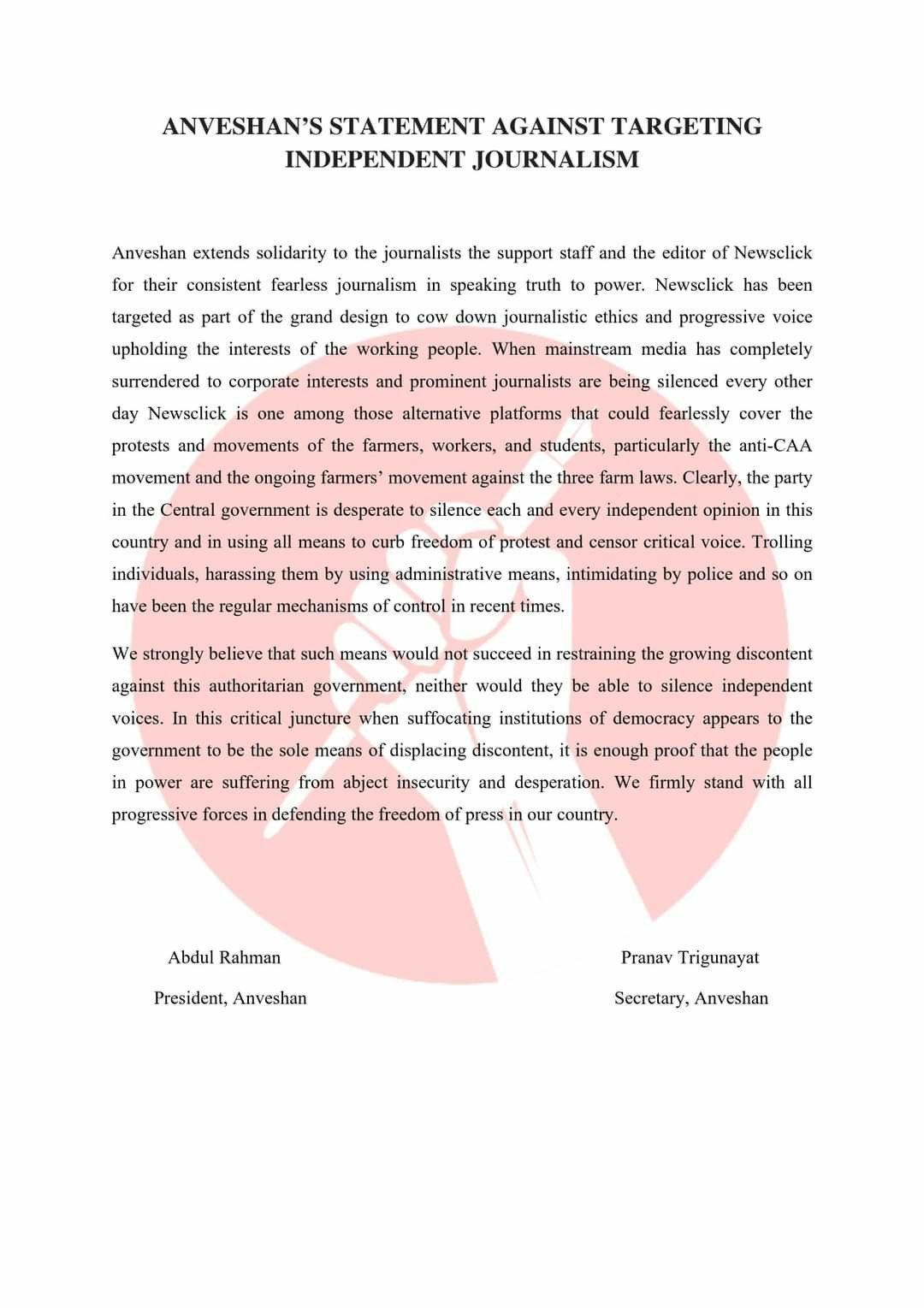 We stand in solidarity with Newsclick.

byThe Network of Women in Media

Citizens for Democracy: “ED raid on Newsclick vindictive and scandalous”