A letter signed by 60 Israeli senior year high school students in which they refused their compulsory enlistment in the Israeli military is now public…It is historical and novel in that for the first time, it addresses not merely the 1967 occupation, but also the 1948 Nakba, the “continuing Nakba”, and the “violent occupation” of “72 years”. That is, it visions and frames the 1967 occupation as a part of the whole Israeli endeavor since its inception. It notes, for example, that: ‘The actions of the Israeli military in 2020 are nothing but a continuation and upholding of the legacy of massacre, expulsion of families, and land theft, the legacy which “enabled” the establishment of the State of Israel, as a proper democratic state, for Jews only.’

In Israel, conscientious objectors like these are often jailed. In 2003 five male conscientious objectors were sentenced to about 2 years prison. The longest-serving female conscientious objector is Hillel Kaminer, who was released from prison after 150 days, in 2016. It is doubtful that those to whom the letter is addressed to will be very affected by it. The most ‘liberal’ among them is probably Benny Gantz, former army chief of staff, who has boasted of bringing Gaza back to the “stone age” as his entry card into politics two years ago. Israeli society is “violent, militaristic, oppressive, and chauvinistic”. Yet there are many among us who listen very closely to what these young people are saying. And here they are defining a critical discourse. The 1967 occupation is not the start and it is not the end. It is part of Israel’s overarching project of occupation; it’s the state in its entirety, enacting “Apartheid policies” as part of its very nature. The “proper democratic state” is a sad joke, it is for Jews only. 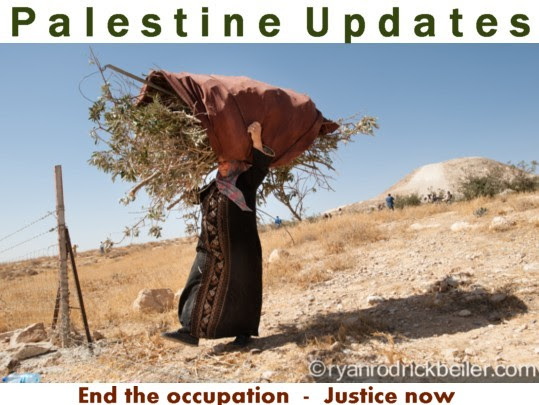 Here is the letter:

We are a group of Israeli 18-year-olds at crossroads. The Israeli state is demanding our conscription into the military. Allegedly, a defense force which is supposed to safeguard the existence of the State of Israel. In reality, the goal of the Israeli military is not to defend itself from hostile militaries, but to exercise control over a civilian population. In other words, our conscription to the Israeli military has political context and implications. It has implications, first and foremost on the lives of the Palestinian people who have lived under violent occupation for 72 years. Indeed, the Zionist policy of brutal violence towards and expulsion of Palestinians from their homes and lands began in 1948 and has not stopped since. The occupation is also poisoning Israeli society–it is violent, militaristic, oppressive, and chauvinistic. It is our duty to oppose this destructive reality by uniting our struggles and refusing to serve these violent systems–chief among them the military. Our refusal to enlist to the military is not an act of turning our backs on Israeli society. On the contrary, our refusal is an act of taking responsibility over our actions and their repercussions.

The military is not only serving the occupation, the military is the occupation. Pilots, intelligence units, bureaucratic clerks, combat soldiers, all are executing the occupation. One does it with a keyboard and the other with a machine gun at a checkpoint. Despite all of this, we grew up in the shadow of the symbolic ideal of the heroic soldier. We prepared food baskets for him in the high holidays, we visited the tank he fought in, we pretended we were him in the pre-military programs in high school, and we revered his death on memorial day. The fact that we are all accustomed to this reality does not make it apolitical. Enlistment, no less than refusal, is a political act.

We are used to hearing that it is legitimate to criticize the occupation only if we took an active part in enforcing it. How does it make sense that in order to protest against systemic violence and racism, we have to first be part of the very system of oppression we are criticizing?

The track upon which we embark at infancy, of an education teaching violence and claims over land, reaches its peak at age 18, with the enlistment in the military. We are ordered to put on the bloodstained military uniform and preserve the legacy of the Nakba and of occupation. Israeli society has been built upon these rotten roots, and it is apparent in all facets of life: in the racism, the hateful political discourse, the police brutality, and more.

This military oppression goes hand in hand with economic oppression. While the citizens of the Occupied Palestinian Territories are impoverished, wealthy elites become richer at their expense. Palestinian workers are systematically exploited, and the weapons industry uses the Occupied Palestinian Territories as a testing ground and as a showcase to bolster its sales. When the government chooses to uphold the occupation, it is acting against our interest as citizens– large portions of taxpayer money is funding the “security” industry and the development of settlements instead of welfare, education, and health.

The military is a violent, corrupt, and corrupting institution to the core. But its worst crime is enforcing the destructive policy of the occupation of Palestine. Young people our age are required to take part in enforcing closures as a means of “collective punishment,” arresting and jailing minors, blackmailing to recruit “collaborators” and more– all of these are war crimes which are executed and covered up every day. Violent military rule in the Occupied Palestinian Territories is enforced through policies of apartheid entailing two different legal systems: one for Palestinians and the other for Jews. The Palestinians are constantly faced with undemocratic and violent measures, while Jewish settlers who commit violent crimes– first and foremost against Palestinians but also against soldiers- are “rewarded” by the Israeli military turning a blind eye and covering up these transgressions. The military has been enforcing a siege on Gaza for over ten years. This siege has created a massive humanitarian crisis in the Gaza Strip and is one of the main factors which perpetuates the cycle of violence of Israel and Hamas. Because of the siege, there is neither drinkable water nor electricity in Gaza for most hours of the day. Unemployment and poverty are pervasive and the healthcare system lacks the most basic means. This reality serves as the foundation on top of which the disaster of COVID-19 has only made things worse in Gaza.

It is important to emphasize that these injustices are not a one-time slippage or straying away from the path. These injustices are not a mistake or a symptom, they are the policy and the disease. The actions of the Israeli military in 2020 are nothing but a continuation and upholding of the legacy of massacre, expulsion of families, and land theft, the legacy which “enabled” the establishment of the State of Israel, as a proper democratic state, for Jews only. Historically, the military has been seen as a tool which serves the “melting pot” policy, as an institution which crosscuts social class and gender divides in Israeli society. In reality, this could not be further from the truth. The military is enacting a clear program of ‘channeling’; soldiers from upper-middle class are channeled into positions with economic and civilian prospects, while soldiers from lower socioeconomic backgrounds are channeled into positions which have high mental and physical risk and which do not provide the same head start in civil society. Simultaneously, women’s representation in violent positions such as pilots, tank commanders, combat soldiers, and intelligence officers, is being marketed as feminist achievement. How does it make sense that the struggle against gender inequality is achieved through the oppression of Palestinian women? These “achievements” sidestep solidarity with the struggle of Palestinian women. The military is cementing these power relations and the oppression of marginalized communities through a cynical co-opting of their struggles.

We are calling for high school seniors (shministiyot) our age to ask themselves: What and who are we serving when we enlist in the military? Why do we enlist? What reality do we create by serving in the military of the occupation? We want peace, and real peace requires justice. Justice requires acknowledgment of the historical and present injustices, and of the continuing Nakba. Justice requires reform in the form of the end of the occupation; the end of the siege on Gaza; and recognition of the right of return for Palestinian refugees. Justice demands solidarity; joint struggle; and refusal.