The Uttar Pradesh government has brought in the UP Prohibition of Unlawful Conversion Of Religion Ordinance 2020 which is being described as a law to curb ‘love-jihad,’ to check Muslim men marrying Hindu women with the intent to convert them. The law is also supposed to check mass religious conversions. 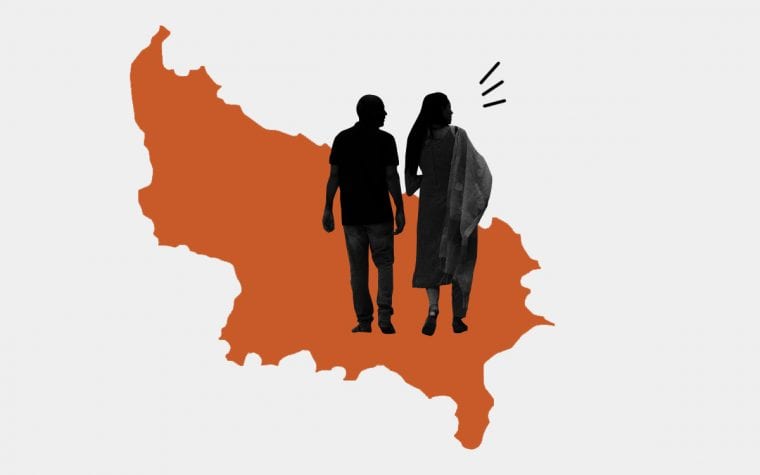 According to National Family Health Survey there are only 2.5% inter-religious marriages in India and only 4.5 % Muslim men marry women belonging to other faith. Recently a special investigation was launched by UP police in Kanpur in the matters of love-jihad, i.e., cases of Hindu women lured or forced into relationship with Muslim men. Among the 22 police stations of Kanpur 14 such cases were found. Upon investigation in 8 of these the women clearly stated that they had entered the relationship on their own free will. This is good evidence that the propaganda of ‘love-jihad,’ Muslim men enticing Hindu women with a view to convert them to Islam so that eventually Muslims outnumber Hindus, does not hold much water. Neither are mass conversions such frequent or large-scale events that they are of any consequence,

A recent High Court, Allahabad, judgment says, ‘To disregard the choice of a person who is of the age of majority would not only be antithetic to the freedom of choice of a grown-up individual but would also be a threat to the concept of unity in diversity.’

According to National Crime Record Bureau’s ‘Crime in India’ 2019 report out of 4,05,861 cases of crimes against women in the country, UP had the most number of 59,853 cases. 30.9% of these cases under the Indian Penal Code were registered under ‘cruelty by husband or his relatives’ and 21.8% cases were ‘assault on women with intent to outrage her modesty,’ and 17.9% were ‘kidnapping and abduction of women.’

The entire country was stirred by the Hathras gang rape and murder of 19 years old Dalit woman in September, 2020. Had it not been for the Central Bureau of Investigation, the UP police had almost botched up the case. Shamefully, they denied the burial rights to the family, for which nobody has been held accountable till date. Two weeks after the gang rape and death of Hathras victim on 29 September, UP was rocked by a series of rape incidents. On 29 September itself a 22 years old Dalit B.Com. student was gang raped, brutalized and killed in Gaisari village of Balrampur district, The same day a 14 years old was raped by a 20 years old neighbor in Bulandshahar. On 30 September a 8 years old girl was raped by a 20 years old man in Jiyanpur, Azamgarh district. On 7 October a 5 years old girl was raped by her uncle in Hazratpur, Badaun district. On 28 October another 5 years old girl was raped by a teenager in Banda. So much so, the UP began to be described as rape capital of country.

This is when a High Court judge’s remark that religious conversion for the purpose of marriage was unacceptable came in handy for the Chief Minister and in an election rally in Janupur on 31 October, Yogi Adityanath declared that his government will bring strict law to curb love-jihad. He did not stop at that and issued a warning that if the people who conceal their identity and play with the respect of women from different community don’t mend their ways then their ‘Ram nam satya’ journey will begin. Advisors of the CM ought to tell him that it doesn’t behoove his office to issue death threats like this from public platforms. But this is not the first time he has done it. Earlier he has openly claimed that criminals will face a ‘thok do’ policy of the state. Courts ought to take suo-moto notice of such statements which make it appear that the head of executive is taking law in his own hand.

This changed the narrative from criticism of UP government on crime against women to one about love-jihad. Media was too happy to go along with the government’s narrative for its own vested interest.

It is not as if crimes against women have subsided. An accused out on bail, abducted, raped and killed a 7 years old girl in Sant Kabir Nagar district on 4 November, On 26 November, a madrasa teacher gave sedative to a 15 years old girl at her home while her mother had gone to the market and tried to rape her in Shivratanganj, Amethi district. The teacher was booked under relevant sections of IPC and the Protection Of Children from Sexual Offences Act. An 8 years old girl was raped and strangled to death on 26 November when she had gone to collect the wood in Mathura district. Her body was found next morning. A 35 years old widow in Shahjahanpur district has claimed that she was gang raped on 30 November by 5 men who abducted her and then when she went to lodge a complaint at the Jalalabad police station she was sexually assaulted by a sub-inspector. A 18 years old woman who was kidnapped and raped in 2019 was kidnapped again on 30 November, 2020, while she had gone to the fields. All the three accused in 2019 case are out on bail. Woman’s father filed a complaint against 7 people this time. On 11 December a 7 years old girl was raped by two men in Budhana police station area of Muzaffarnagar district. She was found unconscious and bleeding on the roof of a nearby house. Case under IPC 376D and POCSP has been registered against the two. A 10 years old girl was raped on 14 December in Jarsana, Firozabad district by a 20 years old man from the same village when returning home after attending a party.

However, nobody seems to question why the attention has shifted from tens of thousands of crimes against women, including domestic violence cases in marriages involving same caste and religion couples, to relationships that consenting adults enter into overcoming religious boundaries, most of which are legally and constitutionally valid.