Netafim: Apartheid and corporatisation of agriculture

Farmers in India are mounting a historic struggle not only against the new anti-farmer laws imposed by the Modi govt., but also against neoliberal policies, crony capitalism as well as crushing of dissent in the last years. It is only fitting that a year since the anti-CAA protests, we are coming to the end of 2020 being led by this struggle. 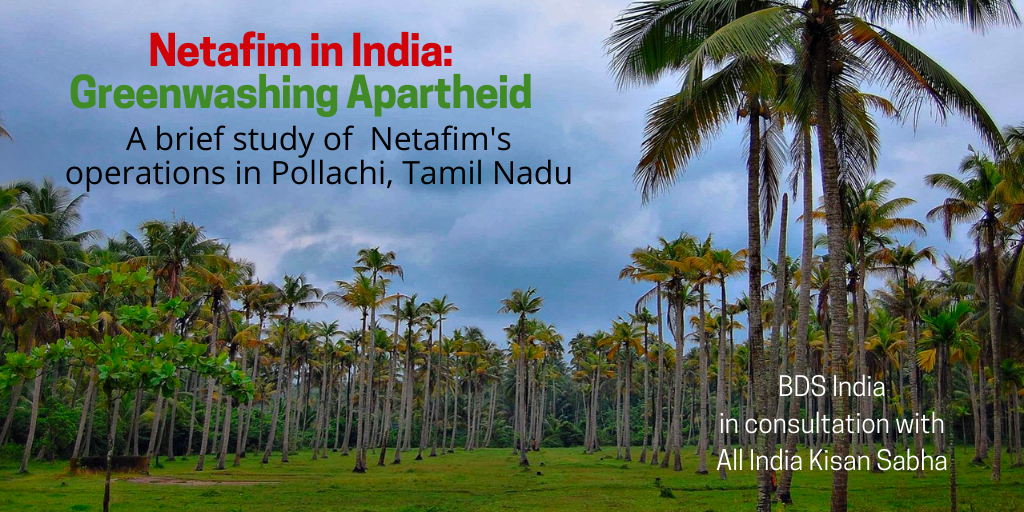 Indeed the connectedness to and the defence of land is essential to both the farmers as well as Palestinains resisting Israeli occupation, apartheid and settler colonialism. More specifically, Israeli companies such as Netafim that profit of Israeli settlements and colonialism also impose contract farming models in India, all the while posturing as bringing “sustainable development”. Netafim, an Israeli drip irrigation company, was part of a consortium that imposed the ‘Kuppam model’ of contract farming back in the 90s, a model which the new farm laws seek to make permanent.

Our struggles bind us and our unity is stronger than our oppressors!