The greatest modern dancer that we have had the privilege of knowing is no more. Astad Deboo was a phenomenally talented dancer and choreographer, He had learnt Kathak as a child in Jamshedpur, was exposed to modern western dance in his college days at Bombay and travelled to the UK and enrolled at the Martha Graham academy, retuned to India to learn Kathakali under Guru E. Krishna Panikar and then he combined all this and more, everything that he had learnt through his journeys through the US, Japan, Europe and Indonesia into a form that was uniquely his own. 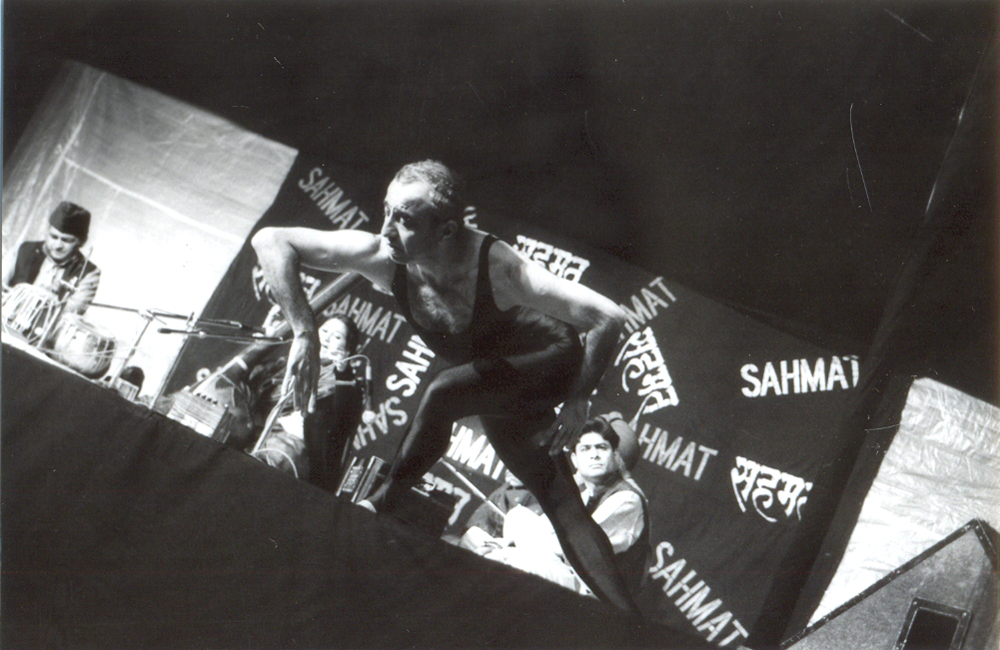 What made him really great was his ability not only to combine diverse dance forms, vastly different rhythm patterns and choreographic movements into a comprehensive whole that was creatively stunning but also his engagement with the world all around. His deep concern for the world of the deprived, marginalised and ignored made him draw the children of the Salam Balak trust, and hearing impaired students of the Clarke School of the Deaf and travelled with these students all over the world. He drew in the Thang-Pa drummers from the secluded monastic traditions from Manipur and presented then on the world stage. Through his work he showed that all that is needed for creativity to flourish is an opportunity and he made it possible for many of these children to realise their dreams. 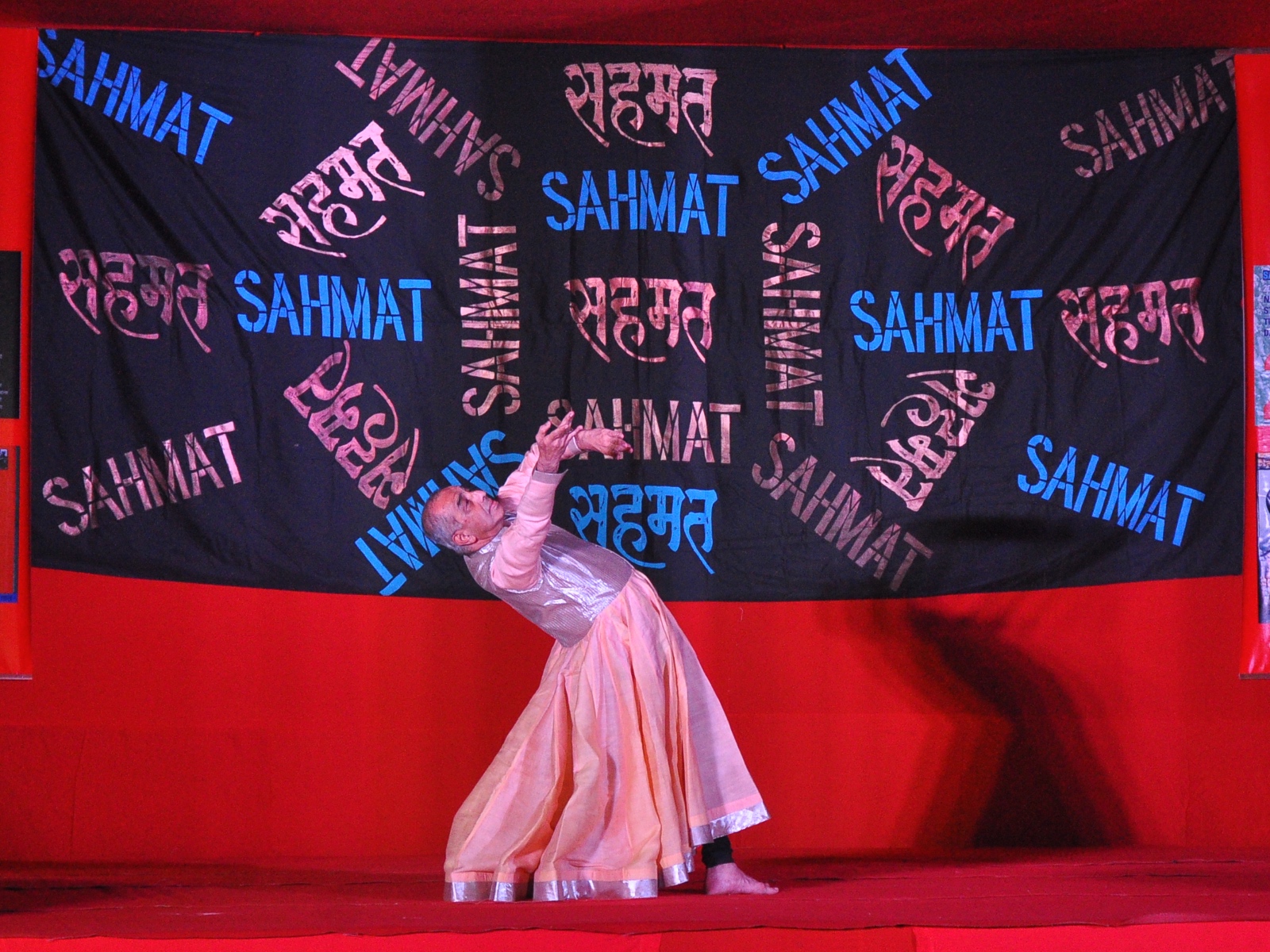 Astad was constantly travelling conducting workshops, performing, choreographing mega events and yet he made it a point to be in Delhi on 1st January, to perform at the Safdar Hashmi Memorial. Astad Deboo’s association with Sahmat is as old as Sahmat, he was among the artists who performed at the Safdar Samaroh on 12th-16th April 1989. Beginning with that first event Astad stood with Sahmat unwaveringly, because he would not compromise with his commitment to an inclusive, democratic, secular and creatively free India.

Sahmat pays its tribute to Astad.

Losing a friend and brother Astad Deboo has shattered me and my family. We were family in Delhi for him for the last 40 years or more. Wherever he was on this planet, he made sure to be in touch with each one of us. I fondly used to call him HAMAAL JAMAL KAMAAL, because he was his own peon, performer and persuader. He was a creative giant, who danced everywhere from the Great Wall of China to the Alps and made friends in all the five continents. Today there will be mourning all over, his loss will be felt personally by each one whose life he had touched and he touched everyone he met because his very being was infectiously friendly. People in high art will mourn him, his Manipuri dancers will be praying for his beautiful soul, his Delhi Dancers from among the economically marginalised will be in shock to lose him; the physically challenged children he helped grow into accomplished dancers will feel his absence. 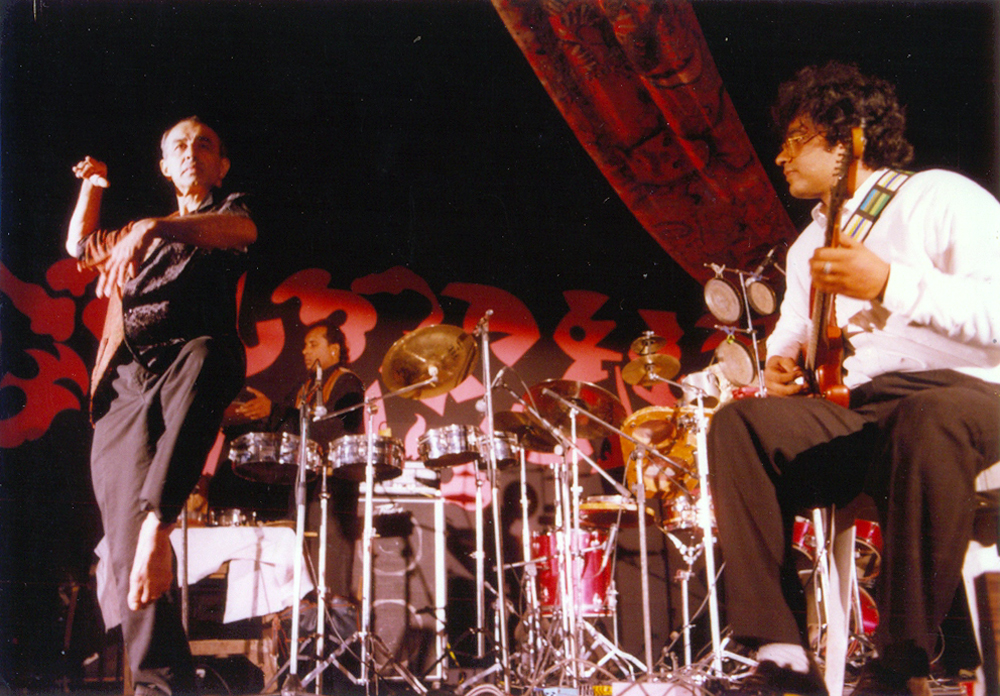 All these beautiful people whom he had trained into becoming world class dancers had travelled with him to high art venues of the world to perform and show how the weakest can conquer the world with their talent.

Astad constantly worried about the wellbeing and survival of these young dancers, the spread of the covid pandemic saw Astad raising funds for his dancers and supporting them through the Astad Deboo foundation. He was a true Guru in the Indian sense, constantly caring and providing for the welfare of his Shishyas. He was pained at the plight of the Indian performers and about the absence of support systems in our country and he did all he could on his own.

The Last chat I had with him was when he was in hospital, he had recovered some of his strength and made a video call from his bed and he said “yes yes I am composing a dance piece here from my hospital bed”.

He danced till the very end, his energy seemed inexhaustible. The pieces he composed and performed with his group of young dancers on all kind of locations inspire a sense of awe and wonder. He could not get his tests done during this lock down  and he must have been in great pain and yet he continued. He never rested.

Now rest my brother and friend I will miss you I still remember the time more than 4 decades ago, as if it was only yesterday, when you came home and cooked Dhansak for all of us on Diwali.