Faisal Khan’s commitment to peace and harmony, and his unfortunate arrest 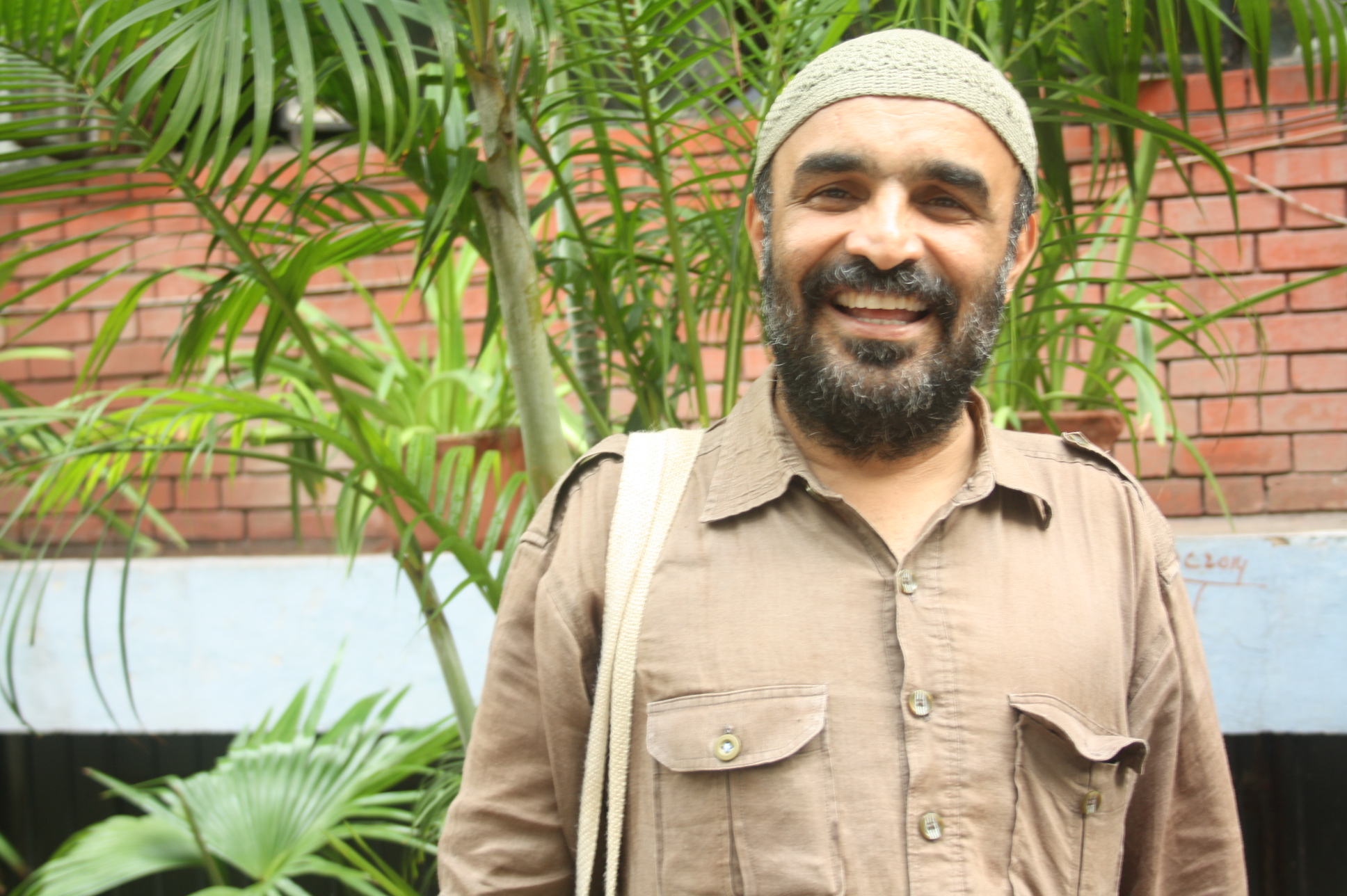 48 years old Faisal Khan has invested his entire life to strengthen communal harmony. With the intent to maintain and promote peace and harmony between people and communities he took out countless marches not just within India but also between India and Pakistan. He can recite verses from Ramcharitmanas and from the Quran with equal conviction. He offers namaz in mosques and also receives prasad and blessings from the priest of Hindu temples. Last year he also took part in ‘Saryu Aarti’ in Ayodhya. In 2018 he was invited by the well-known preacher Murari Bapu to his ashram at Mahua, Gujarat, and felicitated during the ‘Sadbhavna Parv,’ as part of which Faisal also addressed the gathering present there. Murari Bapu was so overwhelmed upon hearing Ramcharitmanas verses from Faisal that he promised to visit ‘Sabka Ghar’ in Gaffar Manzil, near Jamia Milia, Delhi, which has been established by Faisal, dedicated to those who sacrificed their lives as victims of some form of discrimination or other. Sabka Ghar is a living example of communal harmony where people of different religious faiths come and live together, and celebrate different festivals like Holi, Diwali, Eid, Christmas, etc., together with equal fervour and spirit.

Recently Faisal Khan, Chand Mohammad, Alok Ratan and Nilesh Gupta undertook ’84 Kos Parikrama’ of Braj in Mathura during which they paid a visit to a Nand Baba Mandir. They received the prasada from this temple and Faisal recited verses from Ramcharitmanas to the priest. The priest happily allowed him to offer Namaz inside the premises on 29 October 2020. When the photographs of Faisal Khan and Chand Mohammad offering Namaz in the temple premises went viral, then it appears as if someone with maligned intent asked the priest to lodge a police complaint. Three days after this incident, on 1st of November 2020, a first information report was lodged at Barsana Police Station. All four pilgrims have been charged with Indian Penal Code sections 153A, 295 and 505. On 2nd November 2020, UP Police arrested Faisal Khan from Delhi and took him to Mathura. Later IPC sections 419, 420, 453, 468, 470 has also been added to the FIR.

There is a contradiction in charges slapped by the police. How can those who are undertaking 84 Kos Parikrama for peace and communal harmony in Mathura spread hatred in the name of religion? Followers of Hindu faith should be happy that people from other faiths are also undertaking 84 Kos Parkirama as per Hindu traditions and customs and receiving blessings and prasada from their temple. Moreover, all religions overall believe that there is one God. Then what difference does it make if we worship the God differently? Some people may worship by offering namaz. The destination is same, only routes are different. Those who will listen to the voice of reason will not have any objection to this. But if someone wants to leverage political mileage out of religion or polarise communities on religious sentiments then such a person will make an issue out of this incident.

Faisal Khan is also a trustee of Sarva Dharma Sadbhava Kendra Trust located in Ram Janaki Mandir in Durahi Kuan, Sarju Kunj, Ayodhya. There is a plan to develop an all-faith communal harmony centre in this Ram Janaki temple where Acharya Yugal Kishore Sharan Shastri is the Mahant. Faisal Khan has offered Namaz several times in this temple. People of all faith and caste including Dalits are welcome in this temple. There is also a langar (kitchen) organized at this temple everyday like in Gurudwaras. The committee which manages the langar is headed by Danish Ahmed of Faizabad. One of the objectives of the religion is to encourage people to live in harmony and peace with each other. If people use religion to incite discontent or divide, then this cannot be a called a religious act.

Faisal Khan also organised a march from Delhi to Haridwar in March 2019 to support Brahmachari Atmabodhanand, who was sitting on a fast in Matra Sadan at Haridwar to demand a law for conservation of river Ganga. Faisal also invited head of Matra Sadan, Swami Shivanand Saraswati in February 2020 to Delhi to distribute relief materials for restoration of a damaged mosque as well as to meet victims of communal riots in a camp. Faisal Khan is doing important work of an antidote to the poison that communal forces are spreading in the society. That is why it is even more shocking to see the charges under which Faisal Khan and colleagues have been booked.

Raising questions over Faisal offering namaz at a temple, as opposed to performing a Hindu prayer at a mosque, is an attempt to, yet again, make religious sentiments a pivot point to create communal tension. Those who raise these questions do not seem to understand that Faisal offered a prayer in personal capacity, and with permission from the mahant Kanha of the Mathura temple.

It is unfair to compare religions or set up competitions to “settle” which religion is “better”. Religion, after all, is a matter of personal faith and practice. Indians must respect all faiths and even the non-believers, at least for the sake of peace and harmony. Those who believe their faith is special must preserve the unique aspects of their belief and refrain from finding fault with other religions. There were news reports recently that some people recited the Hanuman Chalisa at an Idgah and a mosque after news of Faisal offering namaz at a temple went viral.

What matters most in religious practices is the intention that guides what we support and how we behave. Faisal was on a mission to promote communal harmony and had participated in a parikrama as well. He is also well-versed in Hindu religious texts. If those who performed Hindu prayers at a mosque did so merely as a reaction, they neither promote religion nor peace. They are trying to justify a political act on religious grounds—whereas, for the faithful, that would be anathema.

Bobby Ramakant and Sandeep Pandey are associated with Socialist Party (India). Kushagra Kumar is a student.
Disclaimer: The views expressed in this article are the writer's own, and do not necessarily represent the views of the Indian Writers' Forum.