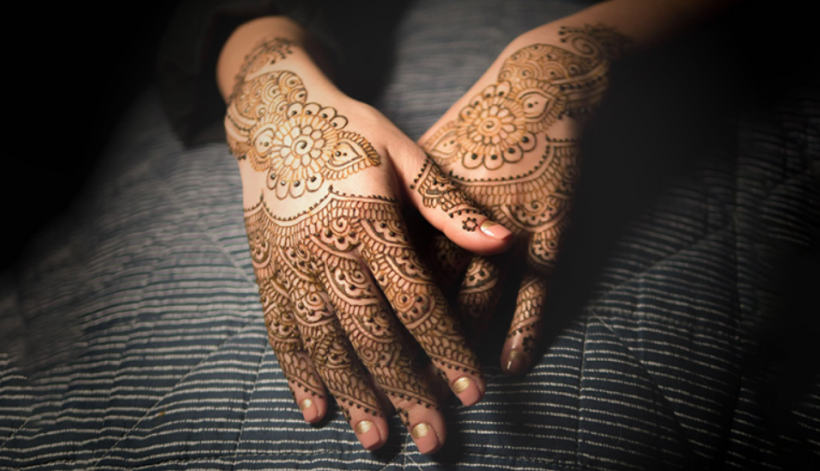 When the names of the son and to-be daughter-in-law of Prof Nadeem Hasnain, a senior professor at Lucknow University, were put up on a public notice board at the District Magistrate’s office in the city, there was a tremendous commotion. The law requires the names and other personal details of inter-faith couples to be revealed to the public to record possible objections to their wedding before it is solemnised. However, this feature of the Special Marriage Act or SMA, 1954, is regularly misused, leading to harassment of couples seeking to marry outside their faith. This is what happened in Hasnain’s case.

“The law is being misused by the Hindutva brigade to intimidate and harass couples, especially if the woman getting married is a Hindu,” said Hasnain.

Hasnain’s to-be daughter-in-law began receiving a deluge of threatening phone calls from Hindutva radicals warning her against “terrible consequences” if the marriage was conducted. Thus began a typical vilification campaign, replete with wild claims—such as if a Hindu woman marries a Muslim, she ends up being trafficked, and so on. Many baseless charges were hurled at the family right up to the wedding, sullying what was to be a merry occasion.

It did not even end with the phone calls either. Hasnain said a pall of gloom spread in the registrar’s office when it was his son and daughter-in-law’s turn to sign the register and seal their marriage in the eyes of the law. “All the officials had long faces, as though a crime was being committed, whereas if a Hindu man was marrying a Muslim woman, their signatures were met with loud congratulations of ‘mubaraakbaad’,” he said.

The VHP, which has been at the forefront of opposing interfaith marriages, insists that “thousands” of “gullible” Hindu “girls” are being seduced into marrying Muslim men. This seems to have struck a chord with conservative Hindus, who have not stopped to question why Hindu “girls” should be considered foolish. That is why, in four BJP-ruled states, Haryana, Uttar Pradesh, Madhya Pradesh and Karnataka, the governments are considering illogical new laws to ban “love jihad”.

The trigger for these proposals is the recent killing of a 21-year-old college student outside her college in Ballabgarh, Faridabad, Haryana. The young woman was being stalked by a Muslim man, who had once attempted to kidnap her. When the woman resisted his second attempt, he shot her dead. The young woman’s mother said on national television that she wanted Haryana Police to kill the assailant, just like Uttar Pradesh Police had shot dead the gangster Vikas Pathak. Few stopped to ask why the police had to resort to a shoot-out in the Pathak case and why a stalked woman could not be saved.

Dehradun-based advocate and member of the Uttarakhand Minority Commission, Razia Baig, points out more reasons why the love jihad campaigns and laws are a waste of both the public’s time and the state’s energies and resources. “More Muslim women marry Hindu men than the other way around,” she says. “As more and more Muslim women pursue higher studies, they seek better-educated grooms with good jobs, which a majority of Muslim men do not have. Well-educated young [Muslim] men find it difficult to find jobs, so most join a trade. My question is—does the allegation of ‘love jihad’ apply to Hindu young men also?”

For instance, the issue in Shalu’s case in western Uttar Pradesh also ought to have been why she was unable to find a better-paying job despite being a graduate—she was earning just Rs.1,500 a month for teaching English and Hindi. However, the entire discussion focused on the religion of the couple, distracting from the real issue.

Baig says Muslims, too, have conservative elements who oppose interfaith marriages. She cites a young Muslim woman from a wealthy, land-owning family who was disowned after she chose to marry a Sikh some years ago. In contrast, both sets of parents reconciled to a more recent instance of a Muslim-Sikh marriage. She says, “In both cases, the couple are leading a happy married life.”

Social activist Ranjana Kumari, who heads the Centre for Social Research, says she has assisted interfaith couples in getting married, and a majority of them opted for Arya Samaj ceremonies. “The young women, Hindu and Muslim, continued to practice their own faiths and none of them faced any problems,” she says.

“The problem with Hindutva groups is they do not understand love,” she says. “By adding the word ‘jihad’ to love, it is they who get their cadre to conduct jihad against those who believe in interfaith marriages. It is one more way to control women’s sexuality.” In other words, the conservative notion that a couple has to belong to the same religion [or caste] in order to be successful is not just false but also not grounded in reality.

Some Muslim intellectuals say that while Arya Samaj weddings are a possible option for interfaith couples, the fallout of the bizarre “love jihad” campaigns is that very few maulanas want to conduct a nikaah for such couples. “A majority of maulanas have become exceedingly cautious. They do not want to get into trouble. Unless the couple and their families are personally known to them, they will not conduct their nikaah,” said social activist and journalist SMA Kazmi.

Journalist-writer Mihir Srivastava travelled extensively through western Uttar Pradesh to research his book, “Love Jihadis”. He found the campaign against inter-faith marriages had been built on a foundation of hate and fear. He says, “Contrary to being an assertion of Hindu supremacy, it reflects their sense of fear.”

His book examines the case of Shalu, a woman in her early twenties, who taught English at a madrassa in western Uttar Pradesh, fell in love with Kaleem and married him. Her family disapproved and forced her to register a police case against him and four others accusing them of abduction and gang-rape. One of the accused, a man called Sanauallah Khan, did not even know the couple yet spent a year in jail, which cost him his reputation and livelihood.

“Shalu was in a mahila thana for eleven months and when she finally appeared before the Allahabad High Court, she courageously told the court she wanted to live with her in-laws. She denied having been gang-raped. Though she is living with her husband, the case against Kaleem has still not been withdrawn,” said Srivastava.

Srivastava also interviewed Meerut-based Chetna Devi, who heads an “Akhand Hindustan Morcha”, an “army” of Hindu women and children whose members claim that the numbers of Muslims will exceed Hindus in India in ten years. Devi believes Muslim men are “sensuous” and difficult for “gullible” Hindu women to resist. Srivastava says Devi is not running a group aligned with the BJP, though she shares their ideology. Rather, [Uttar Pradesh Chief Minister] Yogi [Adityanath] perceives Devi as a threat. When her organisation held a demonstration in Meerut, the authorities took action against her for not having prior police permission. This only goes to show that the Hindu right wishes to exercise control over the narrative of spreading hate and fear in the name of love jihad.

This is also why those who have allegedly changed their religion “in order to get married” are also selectively targeted. Former DIG of Uttar Pradesh Police, SR Darapuri, points out that the prominent actor Dharmendra is said to have changed his religion in order to marry a second time. Though the position of the law is not as simplistic as such individuals believe, it is also a fact that the VHP and others only target those couples who they consider easy prey.

As Dr Kumari points out, “Some of the top Muslim leaders of the BJP such as Mukhtar Abbas Naqvi and Shahnawaz Khan are married to Hindus—are the BJP or its cohorts including VHP taking action against them?”

Nevertheless, in September the Allahabad High Court decreed that religious conversion “just” for marriage is unacceptable. The court made the controversial observation in the case of a woman who had become a Hindu a month prior to her wedding. She and her husband had sought protection from the court as their families were threatening them. Supreme Court lawyer and member of the All India Democratic Women’s Association (AIDWA), says the High Court went off on a tangent in the case. “Instead of providing the couple with police protection…it is surprising the court chose to make these comments,” she said.

“Love jihad is a fiction created by the BJP and its sympathisers to target minorities. It is a fiction that Muslim are trying to abduct Hindu women for conversion and so we are horrified they are going to bring a legislation to this effect,” Singh said, on the new laws proposed by the BJP-ruled states. Besides, the Centre has told Parliament recently that not a single case of “love jihad” has been reported by any central agency. Still Yogi Adityanath recently warned people that men who “hide their identity” to “mislead daughters and sisters” should “prepare for their own funerals”.

Yet Chief Minister Adityanath’s sustained campaign against love jihad has little basis in reality. “The Constitution gives everyone the right to marry according to their choice. They cannot be threatened with violence by parents and relatives as was being done to the couple who sought the Allahabad High Court’s intervention. Unfortunately, the court failed to take cognisance of this matter,” says Singh.

Even in the highly-publicised case of Hadiya from Kerala, the Supreme Court pointed out that Article 31 allows every individual the absolute right to choose a life partner irrespective of their faith. But in November 2019, the Uttar Pradesh government still asked its Law Commission to draft a legislation to regulate and control conversions.

How can something which goes against the fundamental tenets of the country’s Constitution become a law? State governments are adding a twist to their legislative intent by claiming that they only want to ban religious conversions for marriage. The problem is that the public has been kept entirely out of this debate. The objective is to end interfaith marriages and repress the liberal elements in the youth of both religions—freedom of the heart be damned.

First published in Newsclick on November 16, 2020.
Disclaimer: The views expressed in this article are the writer's own, and do not necessarily represent the views of the Indian Writers' Forum.