Set in twentieth century Kuttanad in Kerala, Moustache (or Meesha, in Malayalam) tells the story of Vavachan, a Pulayan, who gets to play the role of a policeman with a big stache in a musical drama. The impact of his role is so much that the locals begin fabricating stories around him. The entire novel is then told through these, interwoven with myths and legends, and stories within stories. The picture painted by S Hareesh is of a turmoil-ridden Kuttanad in the midst of social reforms, missionary activities and a push for English education — all of it severely affecting the region’s caste and gender dynamics.

In 2018, the same novel, serialised in a Malayalam weekly, was withdrawn by the author after having faced intense cyber abuse from local right-wingers. However, since then, sections of the Kerala society have expressed solidarity with the author and popularised the work via other means, including publishing it as a book. S Hareesh today is one of the most celebrated novelists in the state, and a part of what is considered a new wave in Malayalam literature. The work has won S Hareesh this year’s JCB Prize for Literature.

Below is an excerpt from the chapter “Tricksters” of the book. 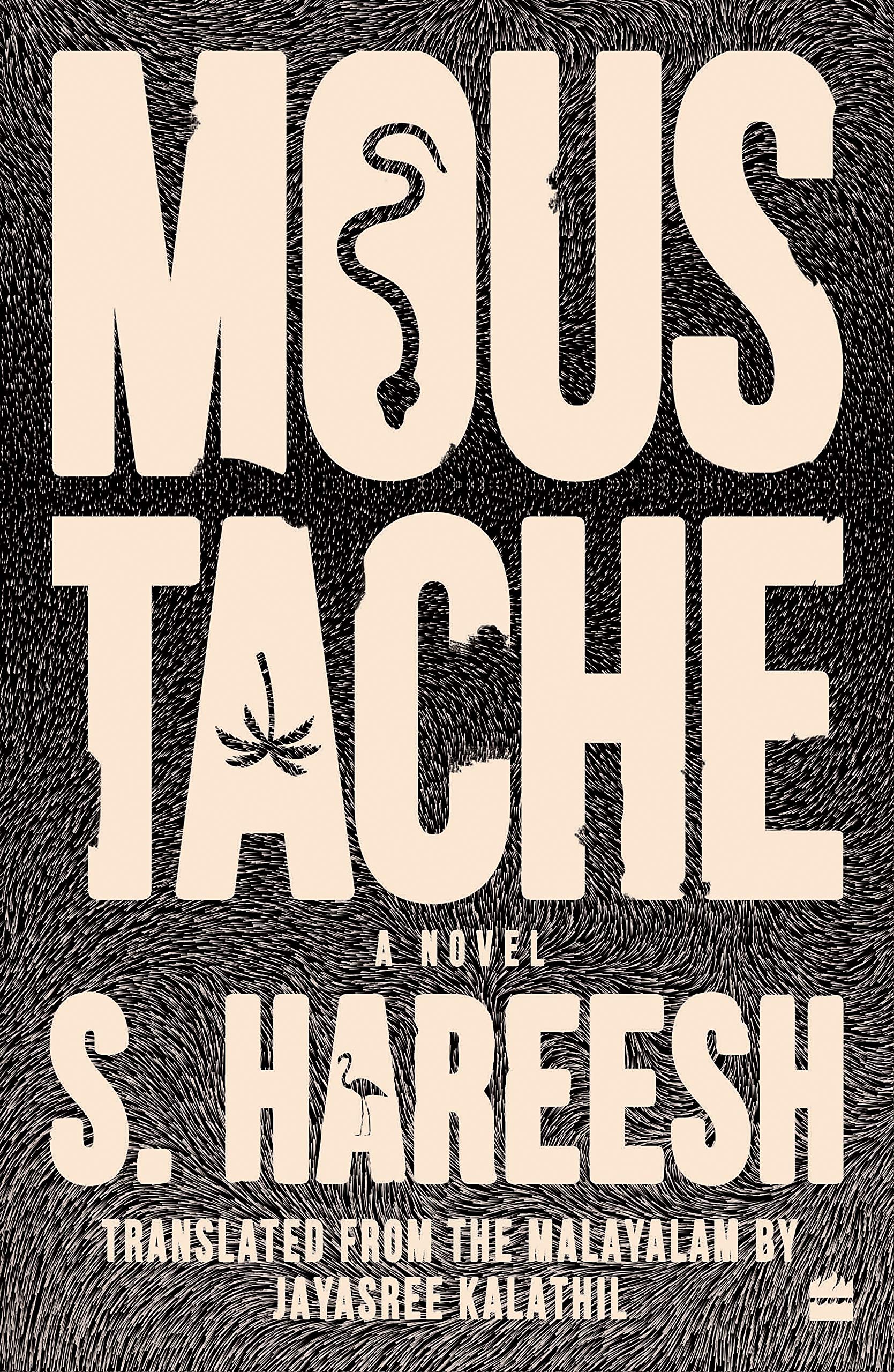 Most people believe that eenampechi – the animal also known as alunku or pangolin – is a divine creature like the stork or the owl, and that the spirits of dead children appear in its form. But Paviyan, who lived on the embankment of the Chozhiyappara fields, knew for a fact that they were also somewhat stupid. In the months of Makaram and Kumbham, very early in the mornings, Paviyan would walk east to the mango tree near the dwellings of the Vaniyaan folk to collect the mangoes, small enough to be held in one hand and be squeezed over a bowl of kanji, that would have fallen to the ground overnight. This task was made stupidly easy by an industrious eenampechi who would have done the work of gathering them up through the night. Greedy for mangoes, the eenampechi would arrive as soon as the sun set, but instead of eating his fill, he would set about collecting the windfall to carry home with him, rolling each mango into a pile: one at a time … two at a time … three at a time … But it was a never-ending job as the mangoes would keep falling throughout the night, and at daybreak, having run out of time, the eenampechi would leave without having eaten a single mango. All Paviyan had to do, arriving just as the creature left, was transfer the pile of mangoes into his basket.

One night, in the month of Karkitakam, Paviyan had gone to the homes of those with overfilled grain chests and stores of paddy to ask for a handful of rice, and was walking back home, empty-handed. In the scattered light, he saw something shaped like a ball in his path. It was the eenampechi. He picked it up thinking it might amuse his children, make them forget their hunger for a while, and put it in his basket. He walked fast, hurdling over fences and water ditches, and he heard a voice: ‘Slow down, Paviya, slow down.’

He realised that the eenampechi was aware of who he was, and yet bore no grudge against him.

The formidable snakehead murrel – the anglers called him Paappu, but he had another name among the fish – was an entirely different type of creature. Just as His Golden Majesty was the ruler of all this land, Paappu was the king of the numerous canals and waterways around Neendoor and Kaipuzha. Gorging on frogs and grasshoppers, he had grown as big as two mudfish, and produced thousands of offspring. Now, at his full size, disdaining fishing traps and bamboo baskets, he ruled over all fish. In the afternoons, he came up to the surface of the water to sunbathe in all his glory. On one such afternoon, Paviyan came along the canal in his narrow boat. His attention was elsewhere, and he did not see the fish. His boat, with years of experience navigating these waters, darted out of the way of the fish. Paviyan did not understand why his boat rocked suddenly. And he did not realise that, at that precise moment, something had been set in motion, and that he and his son – Vavachan – would soon be tricked and sent astray in the world of the water for the first time in their lives.

To the north of where their house stood like an untidy heap of paddy, partly sliding into the canal and partly covering the embankment, Vavachan leaned over a sluice, and gazed into the water. He spat into the canal hoping to attract spit-eating rasboras and glittering danios. He picked up the pieces of coal that surfaced when the dirt used to reinforce the field edges dried, put them into the water, and watched them float away. His mother Chella collected them and sold them to a Christian Mappila from Athirampuzha. The Mappila sold them on to blacksmiths who, in turn, lit the fires in their forges with them to make hoes, spades and plough bits that ended up back in the fields.

Vavachan did not look up when Paviyan’s boat drew close, his long-oar leading it through carpets of waterweeds that kept the water cool. Paviyan’s presence was natural and expected, like the shadow of a coconut tree in the slanting evening light or a stand of scutch grass nibbled by a calf. It felt as though he was always around whether he was physically there or not. Vavachan and his mother Chella found it hard to answer when people asked where Paviyan was, even though they would have watched his boat disappear down the canal. Did he go east or west? Or was he still here? It was only when, in the full morning light, he went to the open ground to defecate that Paviyan did anything that was even a little out of the ordinary. He would sit among the weeds and create an imaginary screen of coconut fronds around him, and have a long conversation with himself. Anyone else in the vicinity doing their business would feel that he was having a serious discussion with someone.

Paviyan looked at Vavachan, silently asking him to get into the boat, but Vavachan did not realise that it was an invitation until his father gestured with his hand. He scrambled up, disbelievingly, and jumped into the boat, almost toppling over into the water and frantically wheeling his arms to keep his balance. The boat, empty except for two sickles with worn blades and a small bundle of sackcloth, rocked, and Paviyan cursed. It was not aimed at Vavachan; Paviyan cursed whenever something went wrong or threatened to go wrong. Last time, when the paddy seeds sowed in the Kuttankari field did not germinate even after twenty days, Paviyan had walked along the dykes swearing loudly at the seeds rotting in the mud. It is said that if a person falls inside a boat and survives, it is better to beat them to death as they would not be of any use to anyone afterwards. Vavachan sat on the plank, proud that he had been allowed into his father’s boat, suppressing the urge to lean sideways and run his fingers in the water. Except for giving them a good thrashing with a length of coconut leafstalk a couple of times a year, Paviyan paid very little attention to his six children – he would be hard pressed to recognise his own daughters – and it was the first time one of them had set foot in his grass boat with a leaky bottom through which water seeped in and had to be bailed out every now and then.

This is an excerpt from Moustache written by S. Hareesh, translated by Jayasree Kalathil and published by Harper Collins. Republished here with permission from the publisher.
S. Hareesh is an Indian writer and translator of Malayalam literature and a screenwriter, best known for his short stories and his controversial debut novel, Meesha, which was the subject of a writ petition at the Supreme Court of India, seeking a ban on its publication.
Jayasree Kalathil is a writer, academic, and researcher based in the UK.