Altering ideas of the Self

Romila Thapar’s extended essay dissents from the simple-minded view of cultural identities as unitary and set in stone.

Travelling across three millennia, Thapar uncovers continually altering ideas of the Self. The Other may be part of this Self, as demonstrated by figures and practices with origins outside the tradition that claims them. In debates that can sometimes endure for centuries, the Other functions as a spur to self-definition and reinvention. Not infrequently, old markers of identity are jettisoned on all sides as new values, practices and rationales take their place. In a hierarchy, the Self has meaning only through the offsetting presence of other groups. Opposition to inequality is premised on offering a new conception of the Self, a distinct perspective on ethics, the natural order, and tradition, one that also casts the Other in a new light.

In the extract below, we see the dynamic and multilateral encounter of bhakti and sufi sects. Each one is the offshoot of an orthodox parent body, but the seeming divide between them is not a zone of friction so much as of crossovers, resemblances and articulations of personal vision. 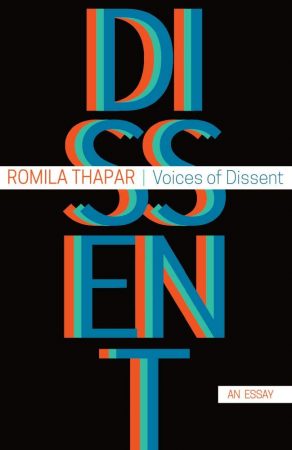 The social distancing of the savarna and the avarna communities was immutable and continued even among those who had converted to Islam or those who had become Sikhs. Theoretically, these religions did not observe caste distinctions, but in effect there was a distancing between erstwhile upper and lower castes. The exclusion of Dalits continued as conversion did not liberate them from caste. The lowest castes may have been equal to the upper castes in the eyes of Allah, but not in the eyes of the existing upper castes, irrespective of the religion they followed. There is a social message of dissent from the formal social codes in the teachings of the bhaktas from the lower castes and avarnas, which we should listen to.

The Krishna bhaktas who were born Muslim were viewed as the other by two categories of Selves. The qazis and mullahs of orthodox Islam strongly disapproved of them as did orthodox brahmanas. on occasion, the qazi tried to win back the bhakta by resorting to negotiation but this rarely succeeded. It continued until it became helpful to the formal religions to incorporate some of these teachings. Therefore, both the other and the Self have to be carefully defined each time either is referred to in different historical contexts. This might be a necessary exercise in clarifying identities, and more so where there is an overlap.

Religions emerge and evolve in the context of existing beliefs and practices.

An interesting comment on this situation comes from a sixteenth-century Sanskrit text, the Prasthanabheda of the highly respected philosopher Madhusudana Sarasvati. It is an account of the current philosophical schools. Insofar as it comments on religion, it is apparent that the sects do not all conform to a monolithic Hinduism. In fact, he makes a separate mention of those that do not, such as the Buddhists, Jainas, charvakas, and he also mentions the turushkas. Is it evident from what he says that he is defining himself not as a Hindu but as a brahmana? For him one of the big divisions in philosophical and religious thought is based on the Vedic and non-Vedic differences. He uses the early definitions of the astika : nastika kind. He clubs the Buddhist, Jaina and charvaka sects as being non-Vedic and, in this context, also refers to the teachings of the turushkas (the Muslims as we would call them today) as being similar. And why? Because they were all nastika / non-believers.

For the charvakas, Jainas and Buddhists, this is a repetition of what was said of them by brahmana authors many centuries earlier. The Shramanas were Buddhists and Jainas and had been spoken of with hostility in some Sanskrit compositions of upper-caste authors. In a few Sanskrit plays, the entry of a Jaina monk is regarded as an ill omen. to these three, Madhusudana Sarasvati adds the fourth, the turushkas. whereas the earlier three did not believe in any deity, and therefore were rightly called non-believers, the turushkas, however, did believe in a deity, because they believed in Allah. But since Allah was not of the Vedic or Puranic pantheon, he was unacceptable, so they too were nastika. Interestingly, the author also brackets all four of them together as mleccha. The bhaktas presumably are not excluded at least not those of them that worship the Puranic deities although they say little or nothing about the Vedic deities.

What is beginning to receive some attention although long overdue is the interaction between the Bhakti and Sufi teachers. Their emphasis on devotion as a form of worship brought them together as did the emphasis on love for the abstract deity. But there were of course differences in how these were projected. Some among them had a message of dissent; others did not or did to a lesser degree. Some attempted to set up monastic orders or organizations parallel to monastic orders, as this was useful in providing an institutional base, which in turn can speak to authority more cogently than individual followers. Where property comes to be involved, the question of inheritance becomes primary. The supporters of each fanned out and again there rose a range of sects, some reasonably close in thought and practice and some quite distant.

There were those that belonged to one sect but were in dialogue with others by way of exchanging ideas.

Religions emerge and evolve in the context of existing beliefs and practices. These can be formulated into a kind of discipline or can remain free-floating ideas. New religious ideas in such situations tend to be eclectic. This can be observed of the sects of the second millennium AD.  One hesitates to use the term ‘influence’ as it is often misunderstood as the domination of one over the other, and the term ‘syncretic’ hints at a binary. But the freedom to choose that was characteristic of the Bhakti sants is in essence eclectic. Needless to say, the historical context that provides the proximity of varying beliefs has also to be considered. The act of being eclectic assumes that there were distinctive, recognizable elements that were consciously chosen to define and identify the new religious articulations. The debate as to whether a sect belonged to a particular formal religion is not necessarily illuminating in terms of understanding the teaching of the sect, nor is it always called for. It is perhaps more to the point to understand what the teachers of the new sect made of the elements they chose from the existing spread, and what they invented.

Among the more evocative dialogues of these times were those between some of the Sufis and certain sects of yogis/Jogis. Interestingly, both were the others to the formal religions of Islam and Hinduism. one could ask whether or not the eclecticism of the Sufi sects coming from central Asia could have been vaguely continuing the occasional idea of earlier times when various Buddhist sects were established in parts of central Asia and were giving rise to eclectic versions of particular Buddhist ideas. This would be prior to the spread of Islam from the early second millennium. It is an intriguing thought that in both North India and central Asia, Buddhism declined just prior to the coming of Islam. were there any resonances?

In the broad expanse of relative free-thinking that characterizes those that live on the edges of society and claim to pursue the freedom to think of alternative ways of enhancing the social good and the quality of individual life, there were those that belonged to one sect but were in dialogue with others by way of exchanging ideas on these problems. Some of the dialogues had roots in what was being discussed among the sects both in India and just beyond the frontiers. The Nath yogis, for instance, are known to have had conversations with various Sufi sects. An example of this was the avid interest of the sixteenth-century Gwalior-born Muhammad Ghawth, who belonged to the Shattari sect of Sufis, in the teaching of the Nath yogis. He translated their Sanskrit text, the Amritakunda, into Persian. was the interest in a text of the Nath yogis a matter of intellectual curiosity alone or was this also an attempt to comprehend—in the process of translating the text—the thinking of those that nurtured some elements of dissent?

This is an excerpt from Voices of Dissent: An Essay , written by Romila Thapar and published by Seagull Books. Republished here with permission from the publisher.
Romila Thapar is an eminent Indian historian whose principal area of study is ancient India. She is the author of several books including the popular volume A History of India, Vol. 1. She is currently professor emerita at the Jawaharlal Nehru University, New Delhi.

The Last Light of Glory Days