Guwahati-based historian Arupjyoti Saikia’s The Unquiet River: A Biography of the Brahmaputra is an intimate biography of the river, without which it is impossible to imagine the state of Assam. The author makes use of varied disciplinary scholarship to trace the long, turbulent history of the Brahmaputra, which has consistently and violently resisted being tamed. The book, therefore, is also Saikia’s cautionary note to planners gearing up to tap and re-engineer its power and course.

Below is a significant excerpt from it. 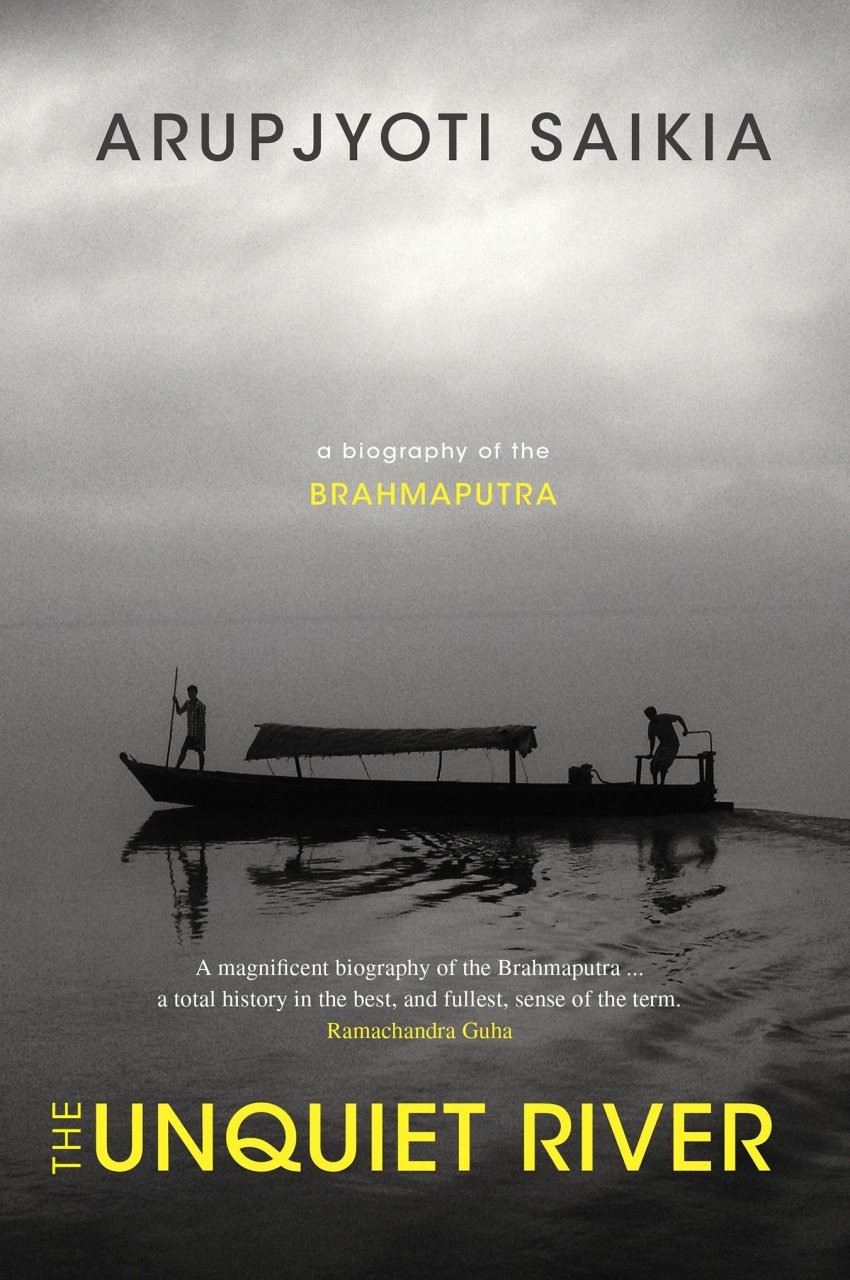 The Brahmaputra is an offspring of a natural past rather than of human history. Geological contingency rather than human labour has shaped much of its history. Until recently, humans did not, indeed could not, fundamentally change the river. While embankments have imposed certain constraints, the river has miraculously escaped the domination of the age of technology. Unlike many great rivers of the world—the Indus, the Yellow River, the Mekong, the Nile, the Yangtze, the Rhine—the Brahmaputra still remains largely untamed, little touched by the powers of dredgers, dynamite, near mystical mathematical formulas, dams, and locks. There are no storage dams on the Brahmaputra to produce electricity, nor has it been subjected to major hydro-engineering projects. Stray ideas of straitjacketing the river’s braided beds into a single channel were never translated into reality. There has been no largescale dredging of the river to excavate the river’s rising bed. While there are dykes everywhere, the gushing floodwaters of the river break these structures regularly. Even now, only parts of the river’s long course are witness to concrete houses, roads, and markets. Its banks are still covered with grass, trees, and temporary houses. The Brahmaputra is thus still deeply embedded in the idea of wilderness and essentially remains a rural river. In contemporary popular narrative, the river and its environs are seen as one of the last bastions of nature. But this is only partly true: an environmental history of the Brahmaputra would uncover a diff erent story. It will be a never-ending narrative of indiscernible environmental transformations of the river, the surrounding landscape, and life therein.

For many, the river is a geological wonder. Its Himalayan journey through much of Tibet and then through India and Bangladesh is an ever-evolving narrative of geological adventures. The river’s physical condition is deeply influenced by the Himalayas and its environment. Although it is not one of the longest rivers of the world, it still drains more than 700,000 square km of area. However, the Mekong and the Nile travel a much longer distance. During the monsoon, the Brahmaputra’s swelling waters turn violent and unpredictable; its waters spread as far as the eye can see. The Ganga and the Brahmaputra together discharge the highest volume of water of the world’s rivers; the Brahmaputra supplies water at the rate of approximately 19,800 cubic metres per second to the Bay of Bengal. In comparison, the Indus supplies only one-third of this to the Arabian Sea. The Brahmaputra, however, can be lethargic in the dry winter months. Only 16 rivers on earth carry more than 100 million tons of sediment to the sea and the Brahmaputra ranks as one of the highest amongst them.

The river, however, does not derive its greatness from these figures alone. These figures only illustrate the river’s dynamics. The river occupies a central role in a complex ecosystem. It is also deeply intertwined with the life and times of human and non-human. In the twenty-first century, the Brahmaputra and its floodplains are home to millions of humans and non-humans. Human relationship with the river has evolved over millennia. Since earliest times in human history, the river has provided a geographical passage for the exchange of goods produced in the floodplains, hills, and remote areas surrounding the Brahmaputra. However, it has also caused great devastation through annual floods. So, while humans have adapted to the ebb and fl ow of the river, they have also attempted to control it, with limited success. The people who made the fl oodplains their home tried to adjust the rhythm of their life to the tune of the river. For centuries, farmers, fishers, graziers, traders, and soldiers learned the art of adaption to the ebb and flow of the river. Th ese human adaptations to the river were possible as they largely recognized that land and water were inseparable. Th e river and its fl oodplains are home to many species of fauna as well, many of which are relict. Of these, the greater one-horned rhinoceros, elephants, and tigers, as able swimmers, have been able to withstand strong floods and escape to higher land. Varieties of fish, birds, snakes, and tortoises, as well as the Gangetic dolphin have made the river their home. Till the early twentieth century, it was also home to crocodiles, including the gharial, an ancient Triassic creature.

This is an excerpt from The Unquiet River: A Biography of the Brahmaputra , written by Arupjyoti Saikia and published by Oxford University Press. Republished here with permission from the publisher.
Arupjyoti Saikia is currently a Professor in History at the Department of Humanities and Social Sciencees, IIT Guwahati. His research interests are primarily focuses on the economic, environmental and political history of modern Assam.