The glittering aspiration that was India

On the 151st birth anniversary of Gandhi, we present a conversation between writers Githa Hariharan and Nayantara Sahgal about  the “glittering aspiration” that was India. 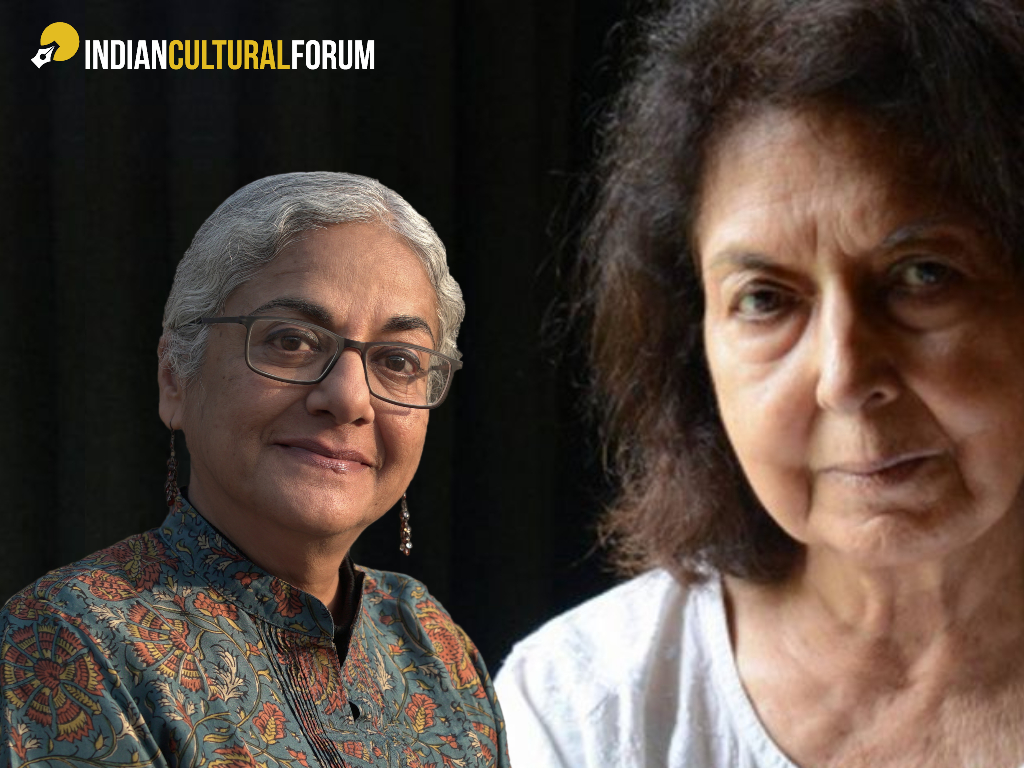 Githa Hariharan (GH): I thought we would begin by recalling the idea of India that you were witness to through your own family—your parents, and in particular, your uncle Nehru–and, of course, Gandhi. You actually describe it as the ‘glittering aspiration called India’. Would you like to start with that so that we have a context for our talk today?

Nayantara Sahgal (NS): Yes, I think what I meant by that was the struggle for freedom under Mahatma Gandhi in which my parents were involved. In fact, my father died of his fourth imprisonment under British rule. It was an amazing period in Indian history—it was the first time that class and mass fought together under the same banner. It had never happened before in any country. Gandhi brought together people in a way that cut across religion, region, class, gender—all the divisions. That’s how he created what became the foundation of independent India. Bringing together this rich diversity into a strong political unity that overthrew the British Empire was an extraordinary achievement.

GH: You describe the solidarity then as a rugged idealism; you’ve used extracts from your mother’s prison diary in your novel When the Moon Shines by Day. Since we also want to talk about what sort of solidarity we need today, shall we recall how that solidarity, how that sense of inclusiveness, happened at that time?

NS: There was the star of freedom and all these people were invited to join this march. It was a long march of twenty-five or twenty-six years in which people of all classes joined. I have to emphasise that it was the first classless venture that took place in any country. It was an achievement that was unique. It took place because it was through Gandhi that people like us, who had perhaps never had any communication with rural India, became involved in organising things together. My father and mother spent most of their time in rural areas, and my uncle, Jawaharlal Nehru, much like Mahatma Gandhi, travelled the length and breadth of India speaking to village audiences. It was the first time that an English-speaking class had joined hands with those speaking regional languages. The confluence was evident in the slogans that were raised during that time—‘Hindu-Muslim Ek Ho!’ Or ‘Bharat Mata Ki Jai!’ But Nehru always sought the definition of ‘Bharat Mata’ from the common people instead of defining it himself. Another slogan was ‘Inquilab Zindabad!’ Such slogans were radical and emotional at the same time; they were slogans that united the young and old.

GH: Their idea of India as ‘Bharat Mata’ was secular, an idea that took into account diversity, and so held people together. Could you talk about the vision that held all the freedom fighters together across the board?

NS: It was the call to freedom that was the unifying factor; and Gandhiji had shown this could be done non-violently. If it had not been a non-violent struggle, it would not have been a popular struggle, in which thousands of people, especially women, participated. Gandhiji invited women to participate in the freedom struggle and, in 1932, about thirty thousand women who were part of the struggle were in jail. Women across classes and religions participated in the movement. One of his leading followers, Rajkumari Amrit Kaur, was Christian; many of his comrades in the struggle were Muslim, for example, Maulana Abul Kalam Azad or Badruddin Tyabji; some were Parsi. People from all religions and classes came to march with Gandhi. India’s freedom struggle was the very epitome of secularism in that it brought people from different classes, different religions, speaking different languages, together. This is also reflected in the fact that there are patriotic songs in nearly all the Indian languages. Gandhiji’s favourite hymn ‘Vaishnava Jana To’ was Gujarati and through that he projected what freedom meant to him. He said that the Vaishnava is the man who can feel another’s pain. Gandhiji’s prayer meetings had Muslim, Christian, and Hindu prayers. One can hardly forget his famous prayer ‘Ishwar Allah Tero Naam’ which preached the unification of all religions to reach one transcendental God. As a child, I also remember seeing a frail and skinny Gandhiji whose voice didn’t carry very far. But this voice shook an empire. Compare this with the way elections are fought today—in the last election [in 2014], our present prime minister [Narendra Modi] made sure there were life-size images of himself everywhere.

GH: Let’s move on—sadly—from that point of aspiration to where we are today, and to your novel. When I began reading it, I thought it was going to be a dystopia set in the future. But soon I realized the novel was unfolding in the present. The ‘Directorate of Cultural Transformation’ in the novel was especially resonant, living in the times we do. Let me ask you then: What happens to the ‘glittering aspiration’ that was India, not just in your novel, but also in today’s reality?

NS: We must realise that from a country that believed in an inclusive idea of India, we are being reduced to a monoculture which is called Hindu. But what is projected as Hinduism today is a travesty of Hinduism. Hindutva is a distortion of Hinduism for a true Hindu—not just a Hindu by accident of birth, but a believer like me. My religion matters to me. In the name of Hindutva, Hinduism is being changed, distorted. Debate and dissent have been crushed and outlawed. We know what is happening to dissenters. There have been gunshot murders of writers and journalists by passing vigilantes. There has been mob lynching of ordinary people—a poor blacksmith and a dairy farmer who were doing their jobs have been lynched by mobs on public thoroughfares, within sight of the police, and the Hindutva lot is quiet about this. The killers have not been punished. Instead, the victims’ families are, often, made out to be the guilty party. This is very much a reality of our present times. This is taking place before our eyes. We are all witnesses to these insane travesties of justice.

Gabbilam: Hanging like a bat, turning the literary canon upside down