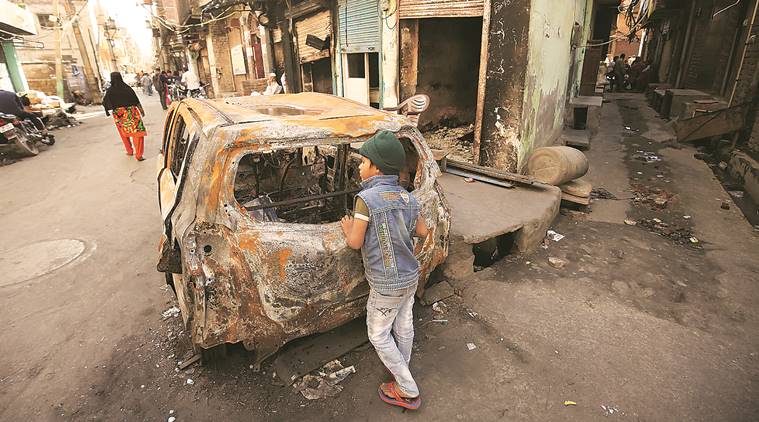 This review is based on a PDF of the ‘book’ (Delhi Riots 2020: The Untold Story) which went viral after the publishers withdrew, because the PDF was widely circulated on social media – presumably by the book’s supporters, who believed its message must be spread far and wide. The review (Sifting Evidence) is largely in tabular form, which makes for a quick read.

The Delhi riots book was originally a fact-finding report by a group called GIA (Group of Intellectuals and Academicians), that was submitted to the Home Ministry on March 11, 2020. Later, a version of it was accepted for publication by Bloomsbury India. BJP leader Kapil Mishra, whose hate speeches allegedly triggered the riots in February 2020, was a guest of honour at the book launch event held on August 22, 2020. On the day of the launch, Bloomsbury India decided to withdraw publication.

The authors claimed their freedom of expression was violated. But the facts are clear – there was no call to ban the Delhi Riots 2020 book. Established and reputable publishers get their reputation because they fact-check, and stay away from publishing material that may amount to libel. Other publishers may not care, and therefore do not achieve that reputation.

What the review found is false claims, factual inaccuracies, and distorted/selective presentations. The reviewers have simply used the yardstick of evidence and fact, or lack thereof. There are many statements in this book that amount to libel.

A reputed publisher like Bloomsbury must answer how this material, including defamatory content, made it through their fact-checks from manuscript stage to final proofs.

The review also examines parallels between the book and some charge-sheets filed by the Delhi Police in the riots cases, and reveals evidence of a conspiracy – because a book like this seems to be providing the template that Delhi Police is following.

This is by no means an exhaustive review, but perhaps enough to allow a reader to judge the book’s relationship to fact, and its deeply worrying relationship to the narrative being created by the Delhi Police.

Sifting Evidence can be accessed here.