Speaking Up
“It is you they want to capture”: Umar Khalid
September 18, 2020 ICF Team 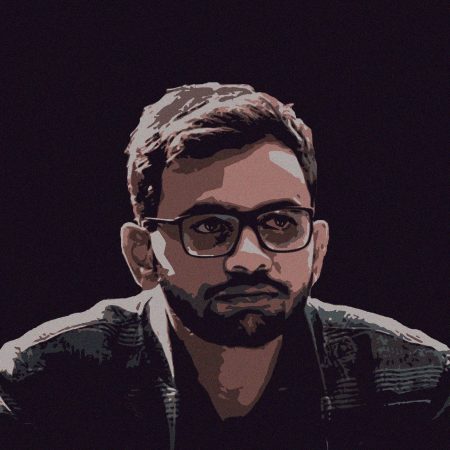 Umar Khalid was arrested by the Delhi police on Sunday, September 13, and was subsequently remanded to police custody for the next ten days. The Delhi police crime branch had previously questioned him in August, and again on September 3, when his phone was also seized. Co-founder of the activist group United Against Hate, Khalid joins 17 other people arrested so far on the basis of "FIR 59" filed with the Delhi police in February. The arrested students and activists, including Safoora Zargar, Natasha Narwal, Gulfisha Fatima, Devangana Kalita, Asif Iqbal Tanha, and Sharjeel Imam, have been charged under a variety of provisions of the UAPA.

On Wednesday, September 17, a brief address on video by Umar Khalid was shared with the public.

The following is a translation of what he said in Hindi:

If you are watching this video, that means I have been arrested; I want to use it to say something important to you.

Since the riots [of February], the Delhi police have not acted against the rioters, those who committed violence and openly incited others to do so—in the presence of the police, even of TV cameras. We are all witness to this. Far from registering FIRs against these people, the Delhi police have shown no interest in calling them in even for questioning. At the same time, critics of the government and its policies, especially opponents of the CAA-NRC, are being trapped in false cases, based on no evidence whatever. Many students and young people are under arrest. For several months now, the attempt has been on to arrest me. Dishonest statements and analyses have run on TV. A 20 or 30-second clip extracted from a 17-minute speech of mine was turned viral; the attempt was to frame me as an instigator of rioting, a conspirator behind the violence. When I uploaded the full 17 minutes of my speech, in which far from riots and violence, I spoke of Gandhi, ahimsa and satyagraha, yet more falsehoods against me were spread via television and the media, along with false testimonies forced out of people. The ongoing attempt is to lock away every critic of the government.

What is my crime, my mistake? Is it saying this country is mine as much as it is yours? In this beautiful Hindustan of ours live the speakers of many languages, the followers of many faiths, people of diverse kinds who are held to be equal under the law, their equality guaranteed by the Constitution. Today an attempt is being made to violate this guarantee, to divide us from one another. If someone speaks out against the politics of divisiveness that person starts receiving threats. The aim is to shut the mouths of such people, lock them up, along with their voices. While the authorities mean to frighten us—their critics and opponents—they also want you to be fearful. By imprisoning us and removing our voices from your hearing, it is you they want to capture in their web of lies, and stifle into silence.

My appeal to you is, don’t give in to fear. Raise your voice against injustice. Demand the release of all those being framed under false charges. Speak out against every instance of abuse.

Thank you very much. 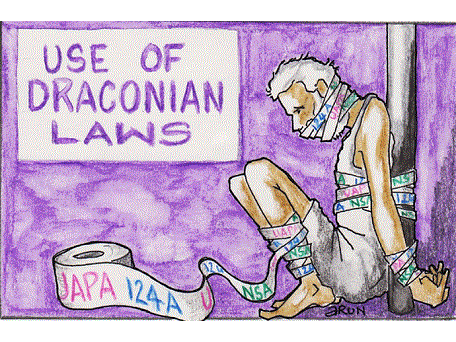