Speaking Up
How Effective is UAPA? Anatomy of an Anti-Terrorism Law Used against Political Dissenters
September 15, 2020 Sarah Imran 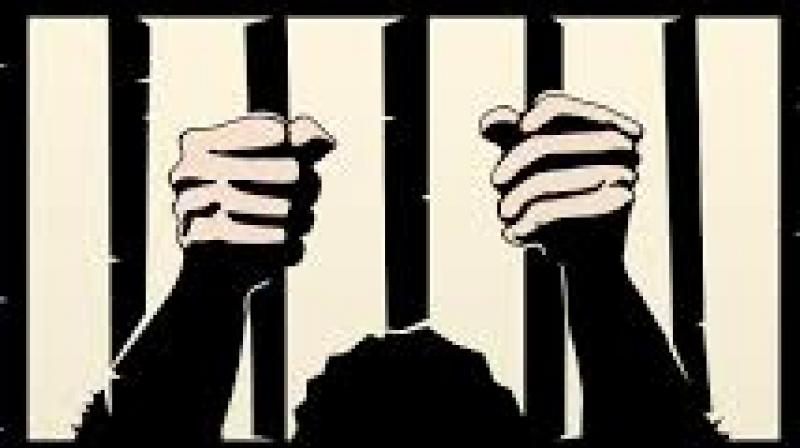 The Unlawful Activities Prevention Act (UAPA),1967, enacted to combat terrorist activities in the country, is being actively employed by the government to arrest those who are critical of the ruling regime. The last few months has witnessed a surge in activists, students and journalists being booked under this law, which now allows the state to even designate individuals as terrorist. This becomes worrisome as it enlarges the scope for vindictive state action.

It raises a set of questions. One may ask whether it is just a means to an end which is the ultimate stifling of free speech in a democratic setup. Whether the stringent provisions are just another tool in the hands of the state to impair the individual’s rights. Moreover, is the primary intent of this law being effectively fulfilled?

The efficacy of such anti-terrorism legislations has always been a matter of concern as conviction rates of those accused under these laws have been dismal. Earlier the TADA and the POTA proved to be inefficient and now the UAPA is showing a similar pattern. According to National Crime Records Bureau, in 2018, the conviction rate under the UAPA was 27% while 93% of the cases remained pending in the court. This underlines the arbitrary use of the law by the authorities as an instrument of oppression.

The present law allows the designated authorities to arrest the accused on the basis of personal knowledge or information given by any person. The accused person can be detained for up to 180 days without the police producing any evidence against him. Also, the provision for obtaining bail is so stringent that possibilities of it are negligible. This is problematic as there is a risk that innocent people are locked up for years altogether before finally getting acquitted. Pre-trial detentions are a gross abuse of human rights and they are in violation of the international laws under ICCPR (International Covenant on Civil and Political Rights) and the UDHR (Universal Declaration of Human Rights). It compromises with the life and liberty of an individual while additionally making a case against the person‘s right to reputation.

Therefore, there must be enough safeguards to maintain a balance between considerations for India’s national security and the human rights of the country’s citizens. There is a pressing need for an independent review committee with a proactive and increased role to prevent any misuse of such harsh provisions. Presently, Section 37 of the Act provides for the setting up of a review committee by the government, and includes a high court judge and three other non-judicial members. When a person is notified as a terrorist under the UAPA, he can file an application for de-notification of his name before the same authority which notified his name in the first place. If this is unsuccessful, then their recourse is to apply to the above mentioned review committee which has been set up by the government itself.

The upper hand of the executive in the appointment process of members may dilute the independence of the committee; this is a breach of the requirements under Article 14 of the ICCPR and of general comments no 32. The Article 14(1) provides "…everyone shall be entitled to a fair and public hearing by a competent, independent, and impartial tribunal established by the law." General comment no. 32 further notes that the requirement of competence, independence and impartiality of a tribunal in the sense of Article 14 is an absolute right and thus, it’s not subjected to any exceptions. The first two review mechanisms not being fully impartial is also a violation of the principle of natural justice which encompasses the rule against bias. In Amar Nath Chowdhury vs Braithwaite And Company Ltd. & Ors, the court observed: "The rule against bias relies on the principle that justice must not only be done but should manifestly be seen to be done. This could be possible only when the judge or an adjudicating authority decides the matter impartially and without carrying any kind of bias."

While the intention of the government to fight the evil of terrorism is noble, it is imperative to address the misuse of such laws and provide for adequate safeguards as the life and liberty of a person is endangered through the operation of this law. An effective statutory institutional mechanism that must act independently and impartially giving effect to the international laws and the inalienable human right laws should be set up. The act should incorporate the recommendation of the Second Administrative Reforms Commission that envisages an increased role of the review committee in contrast to its present restrictive role. The committee must make sure that a prima facie case is made out by the investigation agency soon after the arrests of the accused, and review the pending cases every quarter.

State should not be allowed to deprive individuals of months and years of their lives without any justifiable reason. As Gautam Bhatia points out in a recent article, one of the reasons the state feels comfortable with incarcerating people for long periods without any justification is because it is a costless exercise without any kind of accountability for their wrongful actions. The essential object of the Act to shield national security must be realised but not at the cost of eroding human rights.

First published in NewsclickSarah Imran is a final year law student at the Faculty of Law, University of Delhi
Disclaimer: The views expressed in this article are the writer's own, and do not necessarily represent the views of the Indian Writers' Forum.