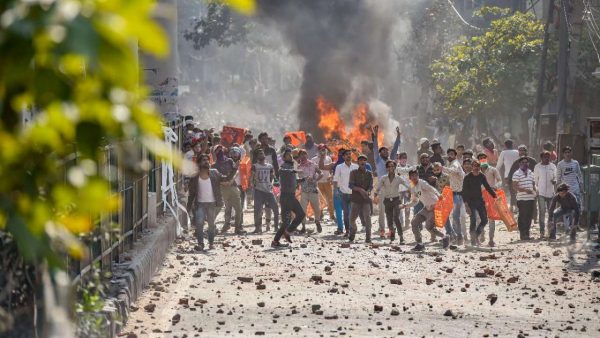 The human rights organisation has demanded that the Ministry of Home Affairs (MHA) establish a “fully independent, public and transparent inquiry to review the Delhi police’s role in failing to prevent and aiding the violence that broke out in North-East Delhi between February 23 and 29, 2020”. It has suggested that this inquiry be independent of “any structural or organisational connection with the police” and that it must be empowered with “adequate power and resources to examine the scene of the incident and summon the witnesses.” It has sought strong action be taken against those accused of abetting the violence in any way, including suspension of “all police officers named by the communities,” pending investigations and inquiries into each case.

Seeking greater sensitsation of the police force to help prevent apathy in the future, Amnesty International India has asked that the government “ensure in-service training on hate crimes and communal violence, on the specific needs of the victims and the role of police in combating and protecting people against discrimination is imparted to all police officers periodically.”

It has stressed on the government of India to create “a comprehensive strategy aimed at preventing hate crimes against minority communities, in consultation with the civil society; create comprehensive guidelines for the implementation of the UN Basic Principles on the Use of Force and Firearms by Law Enforcement Officials in consultation with the civil society; and implement guidelines laid down by the Supreme Court of India in the case of Prakash Singh v. Union of India for police reform.”

Amnesty has also called upon the Prime Minister of India, and Ministry of External Affairs to “Ratify, without reservations, the United Nations Convention against Torture (UNCAT) immediately and enact implementing domestic legislation criminalizing torture.” UNCAT requires that states criminalize torture in domestic law, establish jurisdiction over acts of torture that occur within the state, make torture an extraditable offense, investigate any allegations of torture within the state and provide effective and enforceable remedy to torture victims.

It has also called upon the Parliament of India to:

Amend the laws governing the police at the state and central level so that the grounds on the basis of which the police can investigate communal violence and arrest and detain persons are made more stringent and discrimination on the basis of race, religion, ethnicity, sex, gender and political opinion is explicitly prohibited.

Amend criminal laws at both the state and central level to include an explicit duty for police authorities to investigate any discriminatory motive behind the perpetration of the crime.

Amnesty has asked the National Human Rights Commission (NHRC), the premier human rights monitoring body in India, to “call for the implementation of its recommendation on establishing Human Rights Cells in state and city police headquarters”. These Human Rights Cells are needed to monitor the human rights violations committed by the police officers. They are also intended to act as a bridge between the state police departments and the NHRC.

The Amnesty India recommendations are based on its investigative report for which they spoke to riot victims, and survivors from both Hindu and Muslim communities, doctors, lawyers and human rights activists who had helped them then, and continue helping with legal aid, and rehabilitation even now. Almost all eye witness accounts recorded and analysed have led to the report concluding that the Delhi Police still continues to “enjoy immunity, despite evidence of human rights violations.” The report comes six months after the massive communal violence broke out in New Delhi, India’s national capital. And over a span of six days, February 23 to 29, “the riots claimed at least 53 lives and injured more than 500. During these six months, the Delhi police in their investigations into the riots have filed more than 750 First Information Reports (FIRs) and at least 200 charge sheets,” stated Amnesty.

This report, also takes into cognisance, multiple media reports, on Delhi police’s arrests, questioning, and other actions against and its naming of students, professors and human rights activists in their statements to the court. The Delhi Police has alleged that the students, professors and human rights activists, who were instrumental in organising peaceful protests against the Citizenship Amendment Act (CAA), “are actually the chief conspirators of the riots. The Delhi police allege they engineered the violence to discredit the Union Government of India internationally. One such student is Safoora Zargar, a pregnant woman who was booked under the Unlawful Activities (Prevention) Act (UAPA) and sent to jail during the Covid-19 pandemic for her alleged role in the riots.” She has since been released on bail, however, Amnesty notes that “till now, not even a single political leader that made hate speeches which advocated violence in the build-up to the riots has been prosecuted.”

It recalls that on March 11, just days after the riots, Union Home Minister Amit Shah “gave a clean chit to the Delhi police in the Lok Sabha (Lower house of Parliament). “Controlling and putting a full stop to riots in just 36 hours in a dense area is a very difficult task. I must say that Delhi police did a commendable job,” he had said. However, Amnesty states that the information gathered by them “does not point towards a ‘commendable’ job. Instead, it reveals a pattern of human rights violations and rampant impunity.”

During its research Amnesty International India states that it “interviewed more than 50 riot survivors, eye witnesses, lawyers, human rights activists and retired police officers. It also analysed several videos on social media platforms like Twitter to analyse the role of the Delhi police during the riots. These videos showed Delhi police pelting stones with the rioters, torturing people, dismantling protest sites used by peaceful protesters and being mute bystanders as rioters wreaked havoc in Delhi.”

Avinash Kumar, Executive Director of Amnesty International India said that even though, “The Delhi police reports to the Union Ministry of Home Affairs (MHA) and it is shocking that there has been no attempt by the MHA to hold the Delhi police accountable till now.”

He added that there have been several news and fact-finding reports published during these six months documenting the violations, including one by Delhi Minority Commission (DMC). “In this investigative briefing, we try to add to the ongoing work done by students, civil society organisations, journalists, lawyers and the DMC to hold the Delhi police accountable. This ongoing state sponsored impunity that the Delhi police enjoy sends across the message that the police can commit grave human rights violations and evade accountability. They are a law unto themselves,” he added.

The investigative briefing begins with the build-up to the riots in February 2020.
The full report may be read here: