Speaking Up
Can India do away with entrance exams during the pandemic?
August 27, 2020 Sandeep Pandey 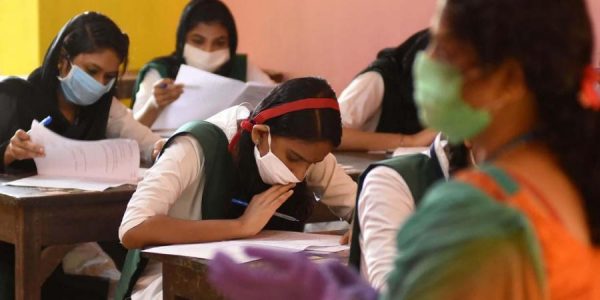 A raging debate is going on regarding the Joint Entrance Examination Mains, the preliminary examination that has to be cleared for admission to the prestigious Indian Institutes of Technology and other engineering and technology institutions. The National Testing Agency has decided to hold these exams in the first week of September and 8,58,273 candidates are likely to takethe test. After this, a JEE Advanced will be held for the roughly 2.5 lakh candidates likely to clear the first hurdle. Some students have approached the Supreme Court to get the JEE Mains postponed, but the court has upheld NTA’s timeline for the test. Still there is tremendous pressure from the students, including on the ruling Bhartiya Janata Party and its allies to postpone this examination.

Some IIT professors think the examination should be postponed in view of the imminent threat of Covid-19, others think only one round of examination should be conducted, while stillothers suggest innovative alternatives. Prof. Kannan M Moudgalya of IIT Bombay has suggested postponing a two-year deferment of the exam, during which students can enrol in a branch of their choice in any engineering college. He says the NPTEL/SWAYAM video courses can be used by them to study. Prof PRK Rao, formerly of IIT Kanpur, has suggested an admission process without entrance examinations in which students seeking admission to IITs would not be eligible for non IIT engineering institutions and vice versa. Students seeking admission to IITs would be allowed to specify a maximum preference order of 2-3 IITs with a maximum preference order of two branches. Students admitted to IITs would provide an undertaking that they will withdraw from the programme if their performance falls below specified parameters. The admission process would follow a first-come-first-served rule in a fixed time frame.

India has 23 IITs, one in each state except Uttar Pradesh which has two and only one, in Guwahati, for the entire North-east and Sikkim. There are total of 15,53,809 seats available in 3,289 engineering colleges of India (private sector included) which are recognised by the All India Council for Technical Education (AICTE). The ideal situation is one where nobody who aspires to study engineering is denied admission. The number of students appearing in JEE Mains, which is held twice a year, is about the same as the number of seat available in all engineering colleges. Hence, it is possible to accommodate each aspirant without any elimination test.

Each of the 23 IITs should take responsibility for assigning seats available in their state or region to the students from that state or region. For example, the IITs at Kanpur and Banaras Hindu University in Varanasi can take responsibility for allotting the 1,42,972 seats that are available in 296 colleges of Uttar Pradesh to students from the state. Of course, any excess students in any state will have an opportunity to fill vacant seats in another state of their choice.

Considering that 15,53,809 students (equal to number of seats available) have to be offered admission, each IIT’s burden will be about 67,557 students. Assuming that there is an average of 200 faculty members at each IIT, each teacher would have to conduct a 15-minute one-on-one interview during an eight-hour workday via an online platform, after verifying the identity of the student. In this way the faculty can interview all 338 students that fall in his/her share in an evaluation process that will last 10.5 days. This evaluation process will essentially determine the capability of each student and accordingly allot them an institution that matchesthe student’s capability. The choice of branch of study should be left to the student.

The selection process in each institution should be mindful of the allotment of an appropriate number of reserved seats to students. A good proportion of women students should also be allotted to each institution to maintain the gender balance to the extent possible. What I propose is that one online interview replace the JEE Mains, JEE Advanced and the counselling session which decides the institute and branch choice.

Such a seat allotment process will be subjective as different faculty members at different IITs interview different set of students. Individual inclinations will come into play. A deterrent to selecting an undeserving candidate for a seat will be the public disclosure of who selected whom, through every IIT’s website. To exclude the possibility of individual biases panels can be formed, which will obviously interview a larger number of students. But it is important that all faculty members are involved to share the load. As a corrective mechanism, just as there is provision for branch change within an institution at the end of the first year depending on the student’s performance in their initial year, an opportunity can be given to students to change their institute. Hence a student who is not allotted an IIT in their first year of study can move from a private college or state engineering college or a National Institute of Technology to an IIT in the second year, based on their performance. For a student who is not sufficiently prepared, the reverse process can be adopted.

The entire seat allotment process will save time, resources and bureaucracy that is invested in conducting the JEE. Additionally, the students will be able to attend an institution closer to their home, very akin to the idea of neighbourhood schools. This will correct the regional imbalance in representation among the student community at the IITs and also the imbalance created by coaching institutions.

The biggest gain from such a method will be to make the selection process free from extortionists and the gruelling coaching institutions, which is one of the stated goals of the recently released New Education Policy 2020. There will be simply no need of them. Every student who wishes to will be able to study engineering, fulfilling every educationist’s cherished dream of universal access to education.

A major complaint of faculty members at IITs would be that students coming through the coaching institutions are not really interested in engineering but come to the institutes because they feel they need the IIT brand to move on to something more lucrative, such as a career in finance. This issue will also be addressed to some extent. It is high time India encourages students with an interest in a particular subject to which they are seeking admission, like in the countries to which Indian students migrate for their undergraduate or graduate education. The suggested seat allotment process could be studied for a few years. If it appears to be advantageous over the current selection process than it could be adopted in long term too.

Sandeep Pandey has taught at IIT at Kanpur, Gandhinagar and BHU. He has conducted examination-free evaluations of students in all his courses.
Disclaimer: The views expressed in this article are the writer's own, and do not necessarily represent the views of the Indian Writers' Forum.