Following is an excerpt from the article on the importance of democratic decentralisation, by T M Thomas Isaac and S M Vijayanand. 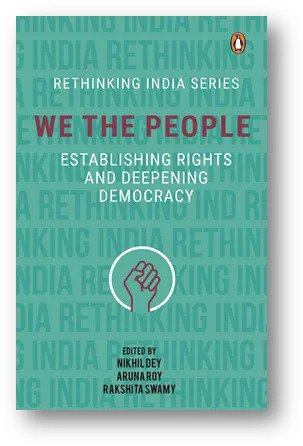 Democratic decentralization holds great potential to tap the social capital of such a rights-conscious society for improving the productivity of small-scale sectors, delivery of services and attainment of basic minimum needs. Its roots may be traced to Gandhiji’s emphasis on village democracy and participatory development with a focus on antyodaya (upliftment of the weakest sections of society). In the context of Kerala, the Marxist approach of leaders such as E.M.S. Namboodiripad, who viewed decentralization as a means to widen and deepen the parliamentary democratic system and help in the mobilization of the working people and furtherance of their rights, reinforced this. Decentralization would empower farmers in the post- land-reform era, workers in the small-scale traditional sectors who were in cooperatives, and the people dependent upon local public schools and hospitals, to improve the productivity and quality of services. This was very important in the era of globalization which posed a great threat to petty production and the danger of privatization of public services.

It was against such a background that the People’s Plan was launched in August 1996. Under it, Kerala followed a ‘big bang’ decentralization campaign, conferring genuine powers, functions and authority, matched by more than adequate resources, upon local governments. Through this approach, it attempted a set of ‘reversals’ of conventional wisdom—delegating powers and then putting in systems, giving responsibilities and then building capacity, providing resources and then bringing in accountability arrangements. The process of participatory planning was utilized as an instrument of social mobilization so that people cutting across political and other divides generate an environment and will for effective decentralization.

The objectives of the People’s Plan1 included:

The Features of Democratization

The core objective of the People’s Plan is widening and deepening democracy through local governments. Elections to the local governments are held on party lines but 50 per cent of the seats and positions at all levels, including standing committees, are set apart for women. The reservations for SCs/STs are in accordance with their proportion in the population.

Elected local governments have control over the functionaries transferred to them. The principle of transfer of ‘worker along with work’ was adopted and implemented in full. For example, primary health is a subject under the village panchayat. Thus, the medical officer and the entire staff of the PHC, including field workers, are brought under the administrative jurisdiction of the gram panchayat, which can assign work, supervise performance, get feedback, conduct inspections and, if required, even impose minor penalties on erring staff. In order to encourage a healthy relationship between elected representatives and officials, an enforceable code of conduct has been issued as part of the statute.

The local governments of Kerala are the most autonomous in the country. They have near total freedom in deciding the application of resources transferred to them. The elected body is the executive authority. Decisions in the exercise of regulatory powers can be appealed against only to an appellate tribunal consisting of a district judge. In the case of allegations of malfeasance, citizens can approach the ombudsman, who is a current or former high court judge. Kerala is the only state in the country to have such independent institutions of accountability with no role whatsoever for the bureaucracy to sit in judgement over decisions of local governments. Even if a local government takes a decision which is wrong, the government can only stay its operation, refer it to the ombudsman and take the final decision only as per the advice of the ombudsman. If a local government is found transgressing its limits and the government feels that it should be dissolved, a chargesheet has to be framed and the local government given an opportunity to reply, after which the matter would be referred to the ombudsman. Only on the basis of this advice can the government dissolve a local government. It is noteworthy that there has not been a single such instance since 1995.

This is an excerpt from We The People edited by Aruna Roy, Nikhil Dey and Rakshita Swamy, and published by Penguin Random House. Republished here with permission from the publisher.
T. M. Thomas Isaac is an economist, currently serving as the Minister of Finance for the state of Kerala. He is also a central committee member of the Communist Party of India (Marxist).
S.M. Vijayanand is the Former Chief Secretary to the Government of Kerala. In the past, he has served as the Secretary, Ministry of Panchayati Raj, Government of India.