No Result
View All Result
in Roundup, Videos

Remembering Dabholkar: The Movement for Scientific Temper and Reason Survives 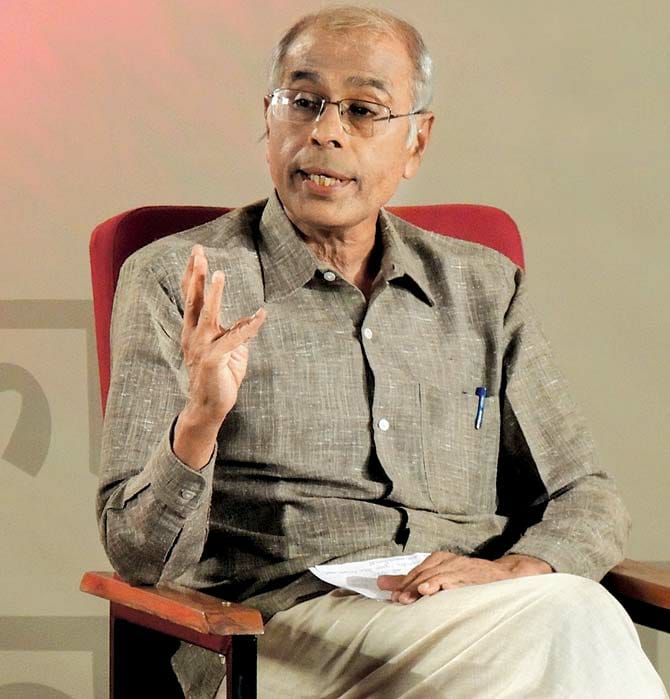 On 20th August 2013, Dr. Narendra Dhabolkar was shot dead. Dhabolkar was a part of the movement for developing scientific temper and reason, which stood a firm challenge to the narratives being peddled by the current regime. Founder of the Maharashtra Andhashraddha Nirmoolan Samiti, a group committed to fighting superstition and black magic, Dhabolkar’s ideas spoke against superstition, caste-based division and fanaticism. Dhabolkar’s murder was not an isolated incident. Communist leader Govind Pansare, and MM Kalburgi were assassinated, soon after, for similar reasons. Indian Cultural Forum remembers Dhabolkar with the nation, and with a resolve to further the spirit of scientific temper and critical knowledge.

“Those who could not counter ideas with an idea killed Pansare and Dabholkar”: Dr. Avinash Patil
-Newsclick

In an exclusive interview with Newsclick in August 2018, Maharashtra Andhashraddha Nirmoolan Samiti President Dr Avinash Patil speaks about how his organisation has continued the war against superstitions. The organisation was established by Dr Narendra Dabholkar, who was killed for running a campaign to end unscientific beliefs. According to Dr Patil, the killers are the ones who are not capable of countering an idea with another idea. They have only one weapon to be used against logic and science, which is violence.

Dhabolkar was percieved as a threat by the current regime because of his concerted efforts towards promoting the spirit of inquiry. In a regime that thrives on myths, rumours and fear, arguments founded on and upholding evidence based reasoned debate, pose a threat to the whole edifice. Dhabolkar’s work popularised scientific temper in the practical social sphere as much as at a theoretical level.

Ideas cannot be shot by bullets

Dhabolkar’s murder was a testimonial to the impact his work had. The wrath that it induced within the Hindutva forces attests the force of his ideas. And ideas cannot be shot by bullets. Dhabolkar’s legacy prospers as the National Scientific Temper Day (NSTD), observed every 20th August, the ongoing work of the Maharashtra Andhashraddha Nirmoolan Samiti, as well as through the questions that continue to be posed against the regime.