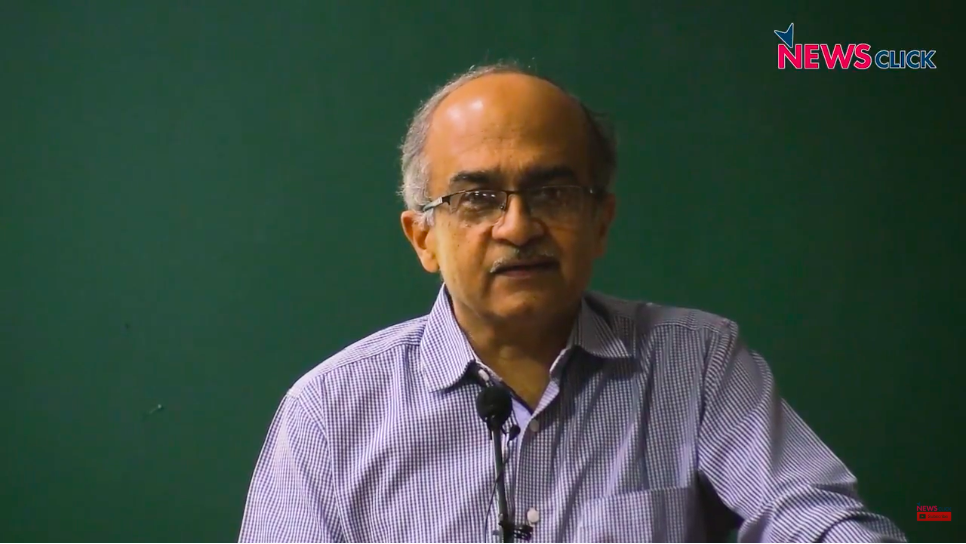 We, the below named, practicing members of the bar in India, have noted with dismay, the judgment of the Supreme Court, in Mr. Prashant Bhushan’s contempt case. An independent judiciary consisting of independent judges and lawyers, is the basis of the rule of law in a Constitutional democracy. Mutual respect and the absence of coercion, are the hallmarks of a harmonious relationship between the bar and bench. Any tilting of the balance, one way or the other, is deleterious both to the institution and the nation.

An independent judiciary does not mean that judges are immune from scrutiny and comment. It is the duty of lawyers to freely bring any shortcomings to the notice of bar, bench and the public at large. While some of us may have divergent views on the advisability and content of Mr. Prashant Bhushan’s two tweets, we are unanimously of the view that no contempt of court was intended or committed especially when contrasted with the normal standard that “Justice is not a cloistered virtue… She must be allowed to suffer the scrutiny and respectful, even though outspoken comments of ordinary men.”

While Mr. Prashant Bhushan as a lawyer of good standing of the Supreme Court, may not be an ordinary man, his tweets do not say anything out of the ordinary, other than what is routinely expressed about the court’s working in recent years by many on public fora and on social media. Even some retired judges of the Supreme Court have expressed somewhat similar views.

This judgment does not restore the authority of the court in the eyes of the public. Rather, it will discourage lawyers from being outspoken. From the days of the supersession of judges and the events thereafter, it has been the Bar that has been the first to stand in defence of the independence of the judiciary. A bar silenced under the threat of contempt, will undermine the independence and ultimately the strength of the Court. A silenced bar, cannot lead to a strong court.

We also express a deep sense of disappointment about the Supreme Court’s utter disregard of the presence of the Learned Attorney General, a highly respected Lawyer of great eminence, and its refusal to seek his valuable opinion in the matter, which is mandated even as per contempt law.

We are of the firm view that the judgment must not be given effect to, until a larger bench, sitting in open court after the pandemic has the opportunity to review the standards of criminal contempt. We do believe that the Supreme Court will hear the Voice of the People expressed all around in last 72 hours on the subject and take corrective steps to prevent miscarriage of Justice and restore the confidence and respect that Citizens have generally reposed in it.

Citizens Committee on Delhi riots: Extension of deadline for submissions

Open letter to the Chief Minister, UP: Withdraw ordinance on interfaith marriage