Speaking Up
Juridical Viralities, Courts and the Question of Justice
August 18, 2020 Kalpana Kannabiran 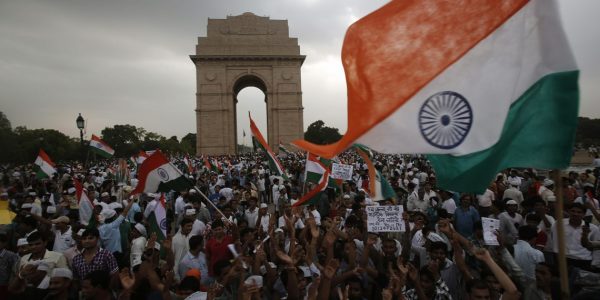 All conversations today veer around the pandemic. Using COVID-19 as my point of departure in a vicarious way, I briefly touch upon the major themes that have emerged in courts of various jurisdictions since late March 2020, and the lessons this juridicalisation of fundamental freedoms holds for our understanding of the claims of citizens to the constitution-as-commons. Does the pandemic invent these regimes of enclosure? How far is the constitution compatible with carceral governance and enclosure as the method of containment, reinforcement of prejudice, and the method of pre-trial punishment, along a continuum?

The starting point is the arrest and detention on July 10, of a gang-rape survivor and her counsellors in Araria in Bihar. The survivor was released after a week on the orders of the Chief Judicial Magistrate in Araria, but the counsellors, Tanmay and Kalyani, both members of Jan Jagran Shakti Sanghathan, a registered trade union were held in Dalsinghsarai Jail in Samastipur district (a quarantine jail) for close to a month till the Supreme Court granted interim bail on the 4th of August with Justice Mishra observing that, "It was a totally impermissible order by which they were sent to custody." Four weeks in jail during COVID-19 without reason. The same Mahila Police Thana where the FIR on rape was registered, was the thana that registered the contempt case against the survivor. If the order was impermissible in law,  should the judicial officer not be held to account?  The perpetrators of course still roam free.

COVID-19, the Supreme Court directive on keeping prisons decongested, the trauma of rape, the critical role of care-giving to survivors of sexual violence, Article 21 rights, indeed the constitution itself was trumped to uphold the carceral masculinity of a judge disregardful of the basic rights and due process in hearing victim-survivors and unwilling to acknowledge the constructively vital role of care-givers.

Rewind a few months: Even as we were coming to grips with the violent state action against anti-CAA protestors and in Kashmir post-August 5, 2019, the pandemic struck.  We suddenly saw the bared fangs of the carceral state and the true meaning of “hostile environments” — hundreds of thousands of workers flung out on the streets in utter disregard of basic humanitarian concerns —  forget about state responsibility under the constitution.  We ask here, not what were the laws that were flouted but which was the law that was NOT flouted in this unforgivable inhumanity of the Indian state towards its people, mostly poor workers?

The starkest case before us was that of 12-year-old Jamalo Madakam who died walking 100 kilometers to reach her home in Chhattisgarh from the chilli farms she worked in Telangana.

Can we actually point to a single law or a cluster of laws that were violated?  What of Nobel Laureate Kailash Satyarthi’s solution of granting a three-month amnesty from prosecution to employers in order to access children locked into factories?  And his cry that “society has failed our children”?

As Enakshi Ganguly and Mahesh Menon have pointed out  — and that is the central point of my approach too —the animal that we call “society” is many things and it is nothing. Where is the state?  Is it difficult for the state to access children in factories?  Why? Where is the argument of amnesty from prosecutions coming from?  Why is there a reluctance to fix responsibility on the state? Why did so many die? Why were states and villages and neighbourhoods allowed to seal their borders?  How was it possible for elected representatives to forget Article 19 rights that guarantee freedom of movement and residence in any part of the country? Indeed how was it even possible for them to brush aside their obligations under the constitution altogether?

This then is the first part of the problem of the law.  The failure of memory of obligations under the constitution and the refusal of empathy when suffering on an unprecedented scale broke loose. Damage control only meant denials, counter accusations, more denials, and contradictions.  All with the assumption of impunity.

The constitution does not guarantee impunity.  It guarantees the last citizen protection against state impunity.

While workers were being flung out, the pandemic continued to rage.  So did carceral politics and carceral governance.  The quarantining under police surveillance has been disastrous in terms of our collective experience of human dignity.  If spraying insecticide on returning workers was at one end of a theatre of horrors, at the other end was the custodial sexual assault, torture, and murder of Jeyaraj and his son Bennix in Toothukudi in Tamilnadu.  The rampage of the police is seamless in the present time, strengthened by the fact that courts have locked the constitution out for the most part.  The reliefs we ask, for the most part, are minimal.  Provide food and free rations.  Provide shelter.  Provide free transport — beseeching an abdicating state to throw crumbs our way.

The fundamental question of dignity and constitutional guarantees against state impunity goes unaddressed in the process, as every one of us is kept on our toes pleading for a little succour.  Some small benevolence to tide over a difficult time.  And yet, we understand too well that this is not about “society.”  It is about state impunity and the abdication of state responsibility.  It is about state violence in a different form, and we must name it as such.

The constitution does not guarantee impunity.  It guarantees the last citizen protection against state impunity.

Even while the pandemic rages, even more, the carceral state goes on a rampage, and all protest is disabled by the lockdown.  There are pre-trial arrests on flimsy grounds.  Safoora Zargar, Sharjeel Imam, Akhil Gogoi, anti-CAA protestors, Devangana Kalita, Natasha Narwal, Anand Teltumbde and the Bhima Koregaon 12 —now Hany Babu — too many to name.  There is incarceration in prisons that are seething with infection.  At least three people we know from among the political prisoners alone have tested positive, and it is possible for the NIA to tell the court that 80-year-old poet Varavara Rao who is seriously ill in custody is “using the pandemic situation” to his advantage.  State impunity is demonstrated through the mere possibility that a statement like this is made and not severely reprimanded by the court.  These arrests and the manner in which they were effected are indeed as G.S. Vasu observed, “in contempt of the constitution.”

Travesties in Kashmir have been entirely forgotten in the process, even as  Advocate Qayyoom, the President of the J&K Bar Association, aged 73 and very ill in Tihar waited for the benevolence of the court and state for almost a year before he was released on 30th July.  He has been in jail for a week short of one year – the maximum period for which a person may be held under detention under the law.

In ordering his release, Justice Kaul observed “Kashmir has been a troubled area. Nature has been very kind to the place.  It is the human race which has been unkind. It is time for all wounds to be healed and look to the future within the domain of our country”.   It is not the human race Milord.  It is the state that incarcerated Advocate Qayyoom and held him in custody for a year with no good reason.  The bench added “We are sure that the petitioner will also adopt a more constructive approach to the future and the Government will consider how to bring complete normalcy at the earliest. Hope is something which creates the future and we are hopeful” (emphasis added).

The constitution does not guarantee impunity. It guarantees the last citizen protection against state impunity. There is no space and this is no time for judicial equivocation.

There are dangers — real, palpable, measurable dangers — of hazards to ordinary people, of the endangerment of the life of health care professionals, of the police, of journalists… And the fourth manifestation of impunity lies here.  In the bleeding of stigmas of contagion that is the bane of the rule by caste in this country to every other locale.  We saw a resurgence of “genocidal journalism” in the pandemic context.  The suppression of information by the state of the magnitude of the situation on the ground, and the refusal to be accountable to the people is yet another manifestation of impunity.  Which are the specific laws we may point to?  Is there any one law?

At the base of it all is the fact that the pandemic makes rule by impunity possible, in a context where courts are so fragile that they lash a whip at critics of bike-rides, and seek jurisprudential solutions for state wrongs from the state.  Under conditions of Emergency, fundamental rights and the right of citizens to petition courts is not suspended, said Justice HR Khanna in his stellar dissent in the infamous ADM Jabalpur case.  In 2017, the Puttaswamy bench (of which the sitting CJI was part) reinstated that dissent and exhibited a rare expression of judicial humility and apology for past wrongs.  And yet, today, when for the first time the Puttaswamy judgment is tested on an unprecedented scale, we see courts leaning on the state and providing answers to citizen petitioners on behalf of the state for the most part — in matters ranging from bail for pre-trial detainees to the condition of migrant workers.

In this process as citizens making constitutional demands of the court and state, we are dropping our bar lower than ever before. Not release from prison, but information from the hospital.  Not freedom, but freedom enclosed in conditions.  Not a right that can serve as a precedent, but a humanitarian order in this one case alone.  Not housing justice, but a paltry allowance.  Not arrest of the perpetrators but the release of the victim from custody.  Not demanding wages but justifying why food and shelter do not add up to wages.

First published on 16 Aug, 2020 in The Leaflet.
Kalpana Kannabiran is a well-known sociologist and human rights educator based in Hyderabad. Views expressed are personal.