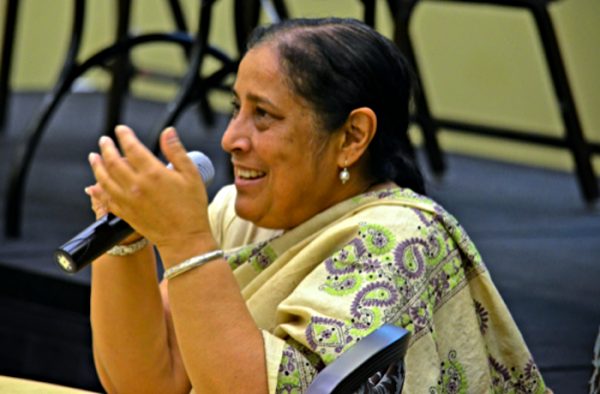 The All India Democratic Women’s Association (AIDWA) expresses deep sorrow at the passing away of Dr Ilina Sen, author, activist and academician who had been suffering from cancer for several years in Kolkata. AIDWA sends heartfelt condolences to her husband, Dr Binayak Sen, and two daughters, Prahnita and Aparajita.

Dr Ilina Sen was a face of the public health movement. She spent many years in Chhattisgarh and worked with several trade unions and Adivasi organisations. Ilina worked closely with issues of healthcare in remote tribal regions of central India. She strove hard for healthcare rights for the working class.

The NGO named Rupantar set up by her and Dr Binayak Sen focused on gender issues and training, as well as agrobiodiversity.

Ilina spearheaded the legal battle for the release of Dr Binayak Sen when he was arrested in 2007. She also campaigned against the wrongful arrest of several young men from the Adivasi community in central India.

Ilina had been a vocal critic of rampant human rights violations in Chhattisgarh. She has written a number of books detailing the struggle of the people in tribal regions. In her book, A Space Within the Struggle, she wrote about several women in social movements and how they questioned patriarchy within them.

Ilina stayed active in several people’s movement inspite of worsening health and had been associated with the People’s Union for Civil Liberties (PUCL) for a long time. She had voiced her dissent and objection over rampant arrests of human rights activists in the country.