Speaking Up
Remembering Hiroshima and the threat of nuclear extinction, eighty years on
August 6, 2020 Prabir Purkayastha 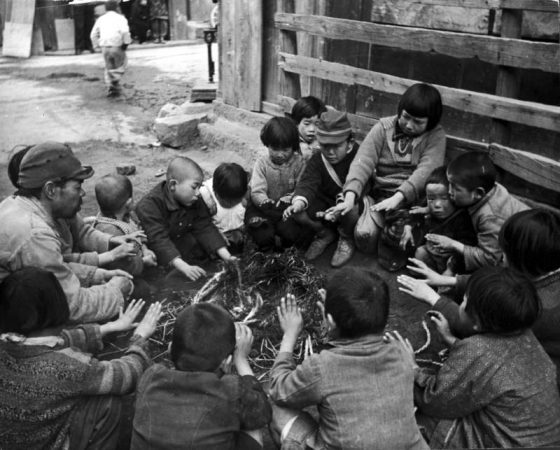 This August 6, 75 years after the first use of the atom bomb against a section of humanity, reminds us all of the inhumanity of nuclear weapons and its threat to all human lives. But this year, we have to address two new questions. Does the dominant section of the US strategic establishment under President Trump believe that nuclear weapons are usable and a nuclear war can be won? Is that the reason they want to abandon all the nuclear arms treaties? How much does white supremacy inform the US belief of its right to possess nuclear weapons and its possible use?

We all saw the video of an armed white police officer, with his knee on the throat of African American George Floyd, and squeezing out his life. It was a naked expression of white supremacy, with protests engulfing the US, and solidarity protests across the globe. How much did racism contribute to dropping of the nuclear bomb on Hiroshima, and repeating it three days later, on Nagasaki?

The US, under President Trump, is leading the charge for a nuclear armageddon, dismantling all nuclear arms control treaties, and adopting a military doctrine of winnable nuclear wars. The last nuclear restraint treaty that still stands is the New START (Strategic Arms Reduction Treaty), which limits the number of active warheads of the US and Russia to 6,000 each. Unless renewed for an additional five years on the same terms, it expires in February 2021. 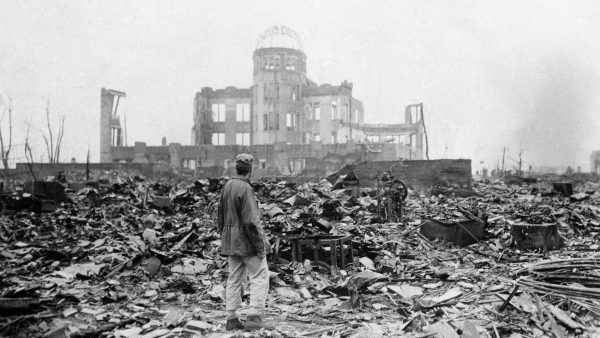 Talks on renewal have started very late under Trump, with the US side led by Marshall Billingslea demanding that the treaty be renewed only if China is included, and that it “has strong verification measures, covers all nuclear warheads”. China has about 300 warheads against 6,000 warheads each of the US and Russia. The US has yet to explain why China is sought to be included, but not France with 300 warheads, or the UK with 250. Neither has it bothered to clarify what was wrong with the original SALT (Strategic Arms Limitation Talks), and later the START vision – that the much larger arsenal of nuclear weapons of the US and Soviet Union needs to be addressed first, before including other nuclear weapon states.

Billingslea also said on record that President Trump and he believe that nuclear races can be won. In his question and answer session at Hudson Institute, he said: “The president’s made clear that we have a tried-and-true practice here…We know how to win these (arms) races. And we know how to spend the adversary into oblivion.” 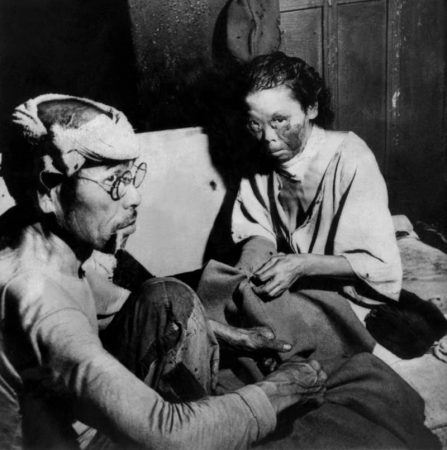 The first set of talks took place on June 22 in Brussels, with the US’ childish grandstanding on China being ‘a no-show’ in the negotiations. China is not a party to the New START treaty or its predecessor, START and SALT. Briefing the press on June 24, Billinglsea stated that the US side had not only raised the inclusion of China in the negotiations, but also a range of new verification measures, and inclusion of both strategic and tactical (or battlefield) nuclear warheads. This makes strange reading, as it is the US that walked out of the Intermediate-range Nuclear Forces (INF) Treaty. Nothing prevents the US from the automatic extension of the New START by five years on an as-is basis, while — if they want — continuing further discussions on more ambitious measures.

A more ambitious nuclear arms control treaty is not the Trump administration’s intention, of course. Instead, it has created disputes only as a pretext for walking out of treaties. The Paris Climate Change agreement and the Iran nuclear deal are examples of the Trump administration’s acts of walking out of treaties crafted through long and arduous negotiations.

White Supremacy and the US Nuclear Dominance Doctrine

Why do I relate the Hiroshima and Nagasaki bombings to white supremacy racism? It is difficult to understand world history unless we add race to other categories like the economy, science and technology. For the Western audience, there is the myth of enlightenment and the West’s civilising mission. By the West, I mean the ideological construct of the West, as on a globe; a geographic west or east is purely relative to where you are. 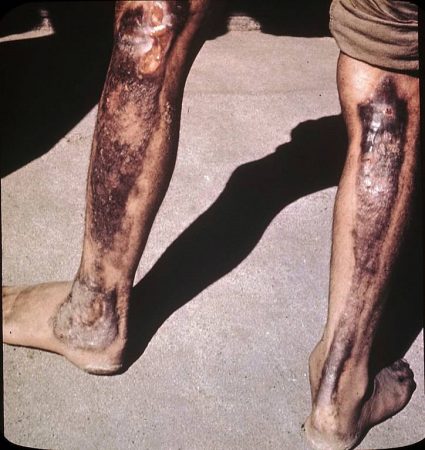 The West, as a construct, hides the brutality inflicted by western European colonisers, their history of slavery and genocide that accompanied the “White Man’s Burden” and its civilising mission. Most people today believe that scientific and technological revolution led to industrial revolution in western Europe first, and that led to its ability to colonise rest of the world. They might be surprised to learn that it is the loot of the colonies and slave trade, or what Marx called primitive accumulation of capital, that provided the capital for the industrial revolution.

The West — Spain and Portugal — in the Americas looted gold and silver and expropriated the indigenous population of their lands, with genocide as their main weapon. The history of the indigenous population was erased, with Spanish priests physically burning precious Mayan codices containing their history, science and mathematics. The Asian colonies suffered comparatively less: India ‘only’ saw famines, its industries destroyed and its loot; China was forced to accept opium in lieu of its manufactured goods after three Opium wars. But not slavery and genocide as in Africa, Americas and Australia. 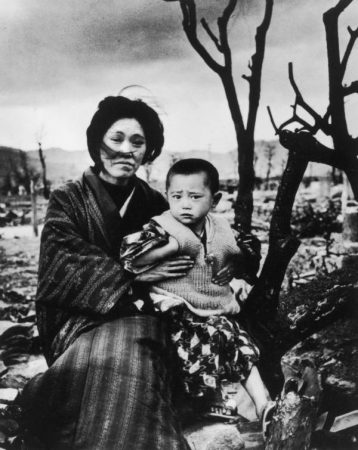 Did the ideology of a superior Western civilisation and its people play a role in choosing Japan as the site for using the first and second nuclear bombs? Elaine Scarry, the author of Thermonuclear Monarchy: Choosing between Democracy and Doom and The Body in Pain: the Making and Unmaking of the World, has written in The Bulletin of Atomic Scientists, “Racism is …the judgement that people of a given skin color or ethnic derivation are not simply less deserving …but are, in a word, expendable.”

Large numbers in the West celebrated the bombing of Hiroshima, explaining to themselves that it led to Japan’s surrender and averted a loss of American lives. But not all. She recounts Langston Hughes, “black poet at once recognised the moral depravity of executing 1,00,000 people and discerned racism as the phenomenon that had licensed the depravity.”

The physicist Yangyang Cheng wrote in Bulletin of Atomic Scientists: “Non-white bodies have been continually dehumanised throughout American history, and it is easier to kill—or to contemplate the killing of—a foe seen as less than human. If racism did not drive the decision to use the Bomb in Japan, it certainly made the acceptance of it easier.” 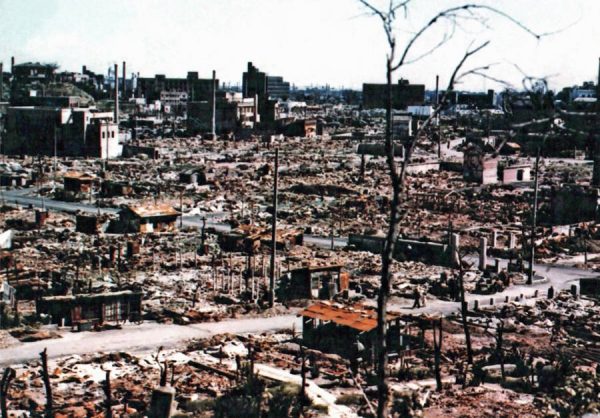 Scarry also details, quoting Dan Zak, where the nuclear weapons were tested. Marshall Islands saw 67 high-yield nuclear bombs between 1946 and 1958, the US “resettling whole islands of Marshallese people, exposing many to radioactive fallout and bequeathing exile and ill health to ensuing generations.” The July 16, 1945 Trinity test in New Mexico, had as downwind of the test, “largely impoverished agricultural families, mostly Hispanic and Native.” The New Mexico site continued its tests in the 1950’s and the 1960’s with predictable consequences for its Native and Hispanic populations. 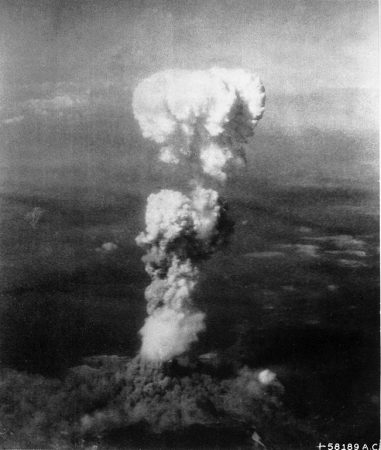 In her third list, Scarry talks about all the leaders and scientists of countries that the US has threatened for aspiring to develop nuclear weapons. She writes, “The United States has treated these aspirants, in each case, people of colour—Iranians, Iraqis, Libyans, North Koreans—as immoral, despite our own vast nuclear architecture and despite our 1995 statement at the International Court of Justice that our having a nuclear arsenal, threatening to use it, using it, and using it first do not violate international covenants such as the UN Convention on the Prevention and Punishment of the Crime of Genocide.”

It is difficult to believe that the schizophrenic US view of the justness of its possession of nuclear power, while threatening others, is not underpinned by the belief of many in white supremacy. The threat is to the whole world and to the continuity of the human race.