Baldwin and I: Beyond race and caste, part 2 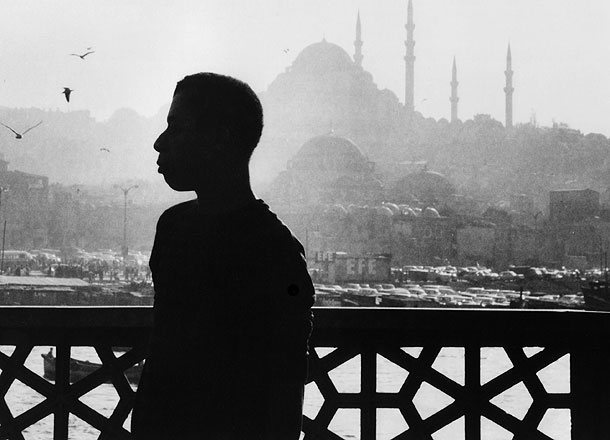 Reading James Baldwin is like reading a voice; one that has moved beyond the terrain of victimhood in its sensibilities. His is a voice that emerges from the gut, hits you with reason and shakes you with its convictions which are clearly apparent and solid in their tone. I have been reading Baldwin for seven years, and he always leaves me thinking for a long time. His Notes of a Native Son has had an eternal impact on my mind, not just because it is so well-written and ruthlessly meditative about its subjects, but because its narratives resurrect the lost personality of the self—the black self, the human self.

Baldwin’s portrayal of his father in Notes of Native Son exposes the subtle patterns of discrimination of a black self. We come to understand that how we perceive the pattern of racism in America is also the pattern followed by casteism in India. Except that the schema of casteism is more subtle. In any case, Baldwin describes his father like one would describe the route to a lost treasure. He says:

“He could be chilling in the pulpit and indescribably cruel in his personal life and he was certainly the most bitter man I have ever met; yet it must be said that there was something else in him, buried in him, which lent him his tremendous power and, even a rather crushing charm. It had something to do with his blackness, I think—he was very black—with his blackness and his beauty, and with the fact that he knew that he was black but did not know that he was beautiful. He claimed to be proud of his blackness but it had also been the cause of much humiliation and it had fixed bleak boundaries to his life. He was not a young man when we were growing up and he had already suffered many kinds of ruin; in his outrageously demanding and protective way he loved his children, who were black like him and menaced, like him; and all these things sometimes showed in his face when he tried, never to my knowledge with any success, to establish contact with any of us.1

Also read | Baldwin and I: Beyond Race and Caste, Part I

When I read this first, I instantly got a sense that this is about my father too. Feeling powerful and at the same time perceiving oneself as not beautiful; feeling free outside and often feeling caged at home; loving children but at the same time feeling very frustrated with them; these elements were very much present in the life of my father. Baldwin wiped the dust off the glass wall that, for a long time, had stood between me and my father. This is why I say that he possessed the ability to move beyond the self of victimhood in the context of racism. And therefore it is necessary for a person in this society—casteist society—to also see things through his prism.

Surprisingly, Baldwin established the path from which the lethal potential of caste oppression can be understood. The patterns of caste—which are essentially mental—are now well-established in American society and are a part of its social psyche. But this was always so. Baldwin brought our attention to the mental patterns of oppression by which a person does not only lose his original self but also starts recognising himself as unsuitable for the world and, at times, as someone who is not beautiful. This is what caste does. It snatches from you what essentially is yours: the feelings and ability that allow you to sense the world in your own way.

The Covid-19 nightmare has exposed the discriminatory practices of American society (though India is even worse and more cruel in this domain). On 1 July, Isabel Wilkerson wrote in The New York Times Magazine a most imaginative essay on the spectre of caste on American soil, America’s Enduring Caste System. Ambedkar had understood caste in its most gruesome form in material, social and cultural aspects of Indian life. He was of the opinion that when Indians go abroad they will carry caste along with them. He meant caste as a psyche. Indian sociologists and scholars proved themselves unimaginative over the years in understanding and explaining the psychic dimensions of Ambedkar’s prediction. They have ignored or perhaps never been able to see the fact that the trajectories on which the inhumane caste system thrives in India, has existed in other parts of the world for a long time, especially in America. So, to expose this psychic pandemic of caste, we need to understand Wilkerson’s brilliant metaphoric, imaginative and fresh explanation of what caste means in America:

“Like other old houses, America has an unseen skeleton: its caste system, which is as central to its operation as are the studs and joists that we cannot see in the physical buildings we call home. Caste is the infrastructure of our division. It is the architecture of human hierarchy, the subconscious code of instruction for maintaining, in our case, a 400-year-old social order. Looking at caste is like holding the country’s X-ray up to the light.”2

She sheds more light on the workings of race and caste in American society:

“Caste and race are neither synonymous nor mutually exclusive. They can and do coexist in the same culture and serve to reinforce each other. Race, in the United States, is the visible agent of the unseen force of caste. Caste is the bones, race the skin.”3

In this sense, India has practised racism for much, much longer than America. It is so much more visible in India, from its advertisements to the matrimonial preferences people express. Ambedkar was the first person who brought the attention of the world to this psychic pandemic, which is now gradually becoming visible in other parts of the world. The shock comes from the fact that the caste mode of operation of society is not visible; it cannot be detected through the eyes. It can only be felt, and only the one who is historically subjected to experiencing this shock knows it in all its bareness.

Sometimes it takes a generation to realise the anger or strangeness with which the bodies of the oppressed have been shaped, which can testify to the workings of caste in their lives. For Baldwin, the realisation comes with the death of his father. He says:

“When he died I had been away from home for a little over a year. In that year, I had had time to become aware of the meaning of all my father’s bitter warnings, had discovered the secret of his proudly pursed lips and rigid carriage: I had discovered the weight of white people in the world. I saw that this had been for my ancestors and now would be for me an awful thing to live with and that the bitterness which had helped to kill my father could also kill me.”4

Baldwin speaks to me about my situation almost metaphorically. But the most important thing to be noticed is that what he says in the context of race connects with caste. This is because caste and race coexist. They are in us, around us, and at times nothing but us. Baldwin demands we rise above them both, because to fight them it is a prerequisite that we first get out of it first—mentally. This is only possible when it is discovered in its nakedness, around us, in us.

Caste is never mentioned by Baldwin, yet it is very much lies under the surface of what he says about American society, whose nakedness he exposes. Baldwin is essential because he demands we rise beyond race and caste. His words do rise, as do his intentions and most importantly he does it through the love and compassion and fire with which he speaks to us.

Part 1: Baldwin and I: Beyond Race and Caste