The Covid 19 pandemic and the ensuing lockdown has been misused by the Modi government for range of undemocratic activities such as attacking civil liberties, arresting and detaining activists and introducing unjustified changes to labour and environmental laws. Among these activities is the deletion of significant portions from CBSE syllabus of secondary and senior secondary classes on matters relating to democracy and diversity, caste and religion, farmers' movements, citizenship, secularism and local governance. All India Forum for Right To Education (AIFRTE) has issued the following statement condmening this and other changes in school education that the current government is attempting to introduce. 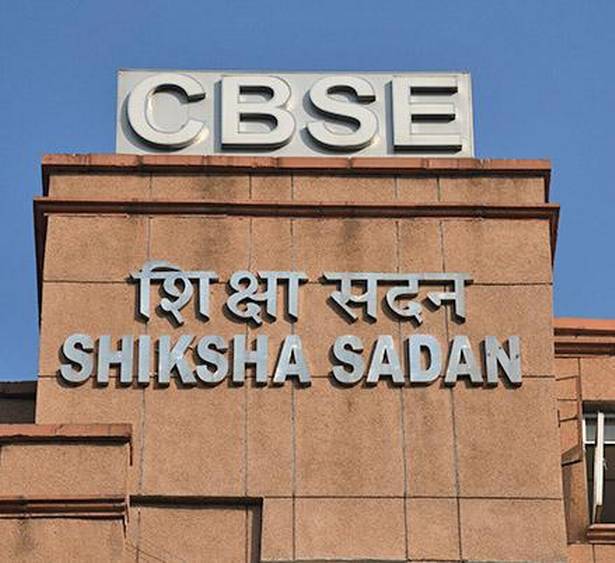 The Government of India (GOI) has launched a dangerous two-pronged attack on the education system. On the one hand, on 24 June 2020, it has handed over to the World Bank the privilege of designing the structure, training and governance of the entire system of school education from early childhood care and education (ECCE) to Class XII to facilitate its conversion into a privatized, commercialized and corporatized system instead of strengthening it as a free and compulsory system of public education as required by the Constitution.

Now, on 7 July 2020, it has effected significant deletions from the CBSE syllabus for secondary and senior secondary classes for the academic year 2020-21, removing from its purview chapters and subject matter relating to important movements, events, concepts and values that are central to understanding the character and goals of modern India's social, cultural and political life.

The Minister of Human Resource Development has tried to justify this reduction by almost 30% due to the Covid-19 crisis, even claiming that many of the changes are only for this one year because the schools have been closed for three months already. Yet it is surprising that the minister also claimed that 1500 suggestions for this so-called "rationalization" of the syllabus had been received from "educationists" revealing that the move was neither unplanned nor motivated only by the need to reduce the workload for this year's examinations. Besides, schools only closed in March so that the substantial exclusions from the syllabus would indicate that little or no teaching on core areas had even been done so far! Is that even possible?

Given the present regime's non-transparent method of `consulting' with both `experts' and lay persons, this so-called "rationalization" of the syllabus has remained impervious to sharp public critiques by educationists, activists and political leaders and groups. Their diverse and well informed opinions were obviously not regarded as being worthwhile enough to be taken into account.

The pattern of the exclusions makes it only too evident why this has been the case. India's national movement, the struggle against colonial oppression, the tragedy of the Partition, not only of the Punjab and Bengal, but also of Assam and the other states of the North-East which still continue to resonate in popular consciousness,  have been ignored possibly because of the ideological bias of the present regime  towards a unitarian "Akhand Bharat".

The complexity of these movements have to be analysed in order to understand what makes India a nation which even today is constituted by many `societies' determined by sub-continentally distinct histories of tribal, caste, regional, linguistic, and religious affiliation. Struggles for autonomy extending over almost two hundred years have been sporadic in part but are alsoenduring in many ways. They were frequently identity-based and yet unifying as the people who rose up against specific forms of exploitation and oppression gained in confidence and strength from each other's struggles. Tribal uprisings, peasant revolts,movements for women's rights etc., and above all, the  powerful anti-caste social justice movements, marked this period when neither rulers nor religious conservatives could rest easy when confronted by the resistance of the people. Freedom had to be won not only from the colonialists but also from the feudal satraps and socio-religious reactionaries that were accommodated by them.

The prized values and goals enshrined in the Constitution which the Indian people gave to themselves to make an independent India a modern Nation State committed to equality, non-discrimination and social justice for all, have been either deleted or severely undermined. The failure to give due attention to social movements and struggles in bringing these values to the forefront diminishes the role of people's endeavour in transforming a hierarchical and caste-ridden society. As a result, the education system is unable to advance the critical goals of the learning process and inevitably sinks deeper into rote learning.

The significance and purpose of trying to change a discriminatory social order through democratic struggles and practices is most important to understand.  Excluding these from the syllabus will suppress instead of encouraging a deeper analysis and comprehension of these questions. Through these struggles and by engaging in democratic procedures, issues are publicly and transparently raised and negotiated. As a result, social agency is created for transformations to be effected which ensures the success and stability of the changes introduced, as well as the alertness of the people towards the need for vigilance and further changes as situations develop. In contrast to this experience, empty official pronouncements and `promises' become, as we have frequently seen, mere recipes for failure.

Our future citizens should learn to appreciate the importance of democracy and democratic processes. Unfortunately, the syllabus "rationalization" does the reverse. The Constitutional commitment to a secular notion of citizenship, in which every citizen's voice and every democratic opinion is deserving of consideration, is deleted. In particular, the exclusion of the section on citizenship is a direct affront to the powerful movement led by elderly women of the minority Muslim community against The Citizenship (Amendment) Act, 2019 which unconstitutionally links citizenship to religion. With the Tricolour and the Constitution as its dominant icons, it drew wider and wider sections of the population into its ambit in huge peaceful protests across the country against the Modi government's assault on the very basis of the Constitutional concept of citizenship. The suddenly imposed official "lockdown" may have been the only way for the central government to stop the spread of the agitation, but the issues that it has raised will have to be tackled transparently and through public debate. The question cannot be settled by authoritarian measures such as arresting and refusing bailunder the draconian UAPA to students, activists and citizens who joined the movement in their thousands.

The deletions in the syllabus are aimed at clearing the ground for advocating the Hindutva concept of the Hindu Rashtra for which the present regime is aggressively working. If this concept of Hindu supremacy, veneration of the State and unchallenged adulation and obedience to a Supreme Leader is to be successfully promoted, then it is essential that the Indian people and in particular the children and youth be indoctrinated in a narrative that is completely different from the actual experience and history of the people's struggles that have contributed to the making of contemporary Indian nationhood and citizenship.

Deletion of the chapter on Federalism and sections on Local Self Governance are therefore not only afailure to notice its significance. The very first Article 1(1) of the Constitution states that “India, that is Bharat, shall be a Union of States.” Explaining the implications of this Article, Dr. Ambedkar clarified in his speech to the Constituent Assembly on 25th November 1949 that the Constitution divides power among various bodies from the Central Government to governments of States and Union Territories; to city/town/ District/village level bodies so that there would be no concentrationof power in a few hands.

However, the democratic theory of the separation of legislative, executive and judicial powers of the State,and the federal structure of the Indian State, strengthened by institutionalization of local self governance, is unacceptable to the RSS-BJP which believes in complete centralization and concentration of power in a Supreme Leader– an idea that the RSS,drawing inspiration from Mussolini’s Italy and Hitler’s Germany, has propagated since the early 1930s. In opposition to the Constitution, their goal is `One leader, one Nation, one State'.

To make us `unlearn' our actual contemporary history and to accept an alternative that runs counter to it – that is the agenda behind the GOI's manoeuvres to indoctrinate through the education system, and to utilize the Covid-19 crisis to consolidate its political program of communalizing Indian society and the State, and of homogenizing a richly plural and diverse population which, on gaining independence from British colonialism, committed itself to becoming a modern democratic republic and not an authoritarian theological Hindu Rashtra.

AIFRTE appeals to all its member/associate and fraternal organizations and to all the citizens of India who support the demand for ‘completely free education of equitable quality for all’ – from ECCE right up to the research level i.e. from ‘KG to PG’ – as stipulated by the Constitution, to condemn and resist the Government's nefarious attempts to commercialize, communalize and centralize education.

We will not let the GOI to prop up fascist RSS/Hindutva and neo-liberal capitalism’s ideological indoctrination through a deformed and multi-layered system of privatized and corporatized schools, colleges and universities and other educational institutions.

The truncated CBSE syllabus announced by the GOI constitutes a dangerous ideological step towards consolidating its anti-people, anti-Constitution and anti-national agenda. Therefore, it must be the focus of our nation-wideresistance against the fascist Hindutva-cum-neoliberal capitalist assault on our Constitutional Rights and values as reflected in the sphere of Education, just as the anti-CAA movement fought for our Constitutional Rights on the question of citizenship.

Protest the Deletions made by the Union HRD Ministry in the CBSE Syllabus for Classes 9 to 12 under the pretext of ‘Rationalisation’ of Syllabus, misusing the ‘lockdown’ during Covid-19 Pandemic in order to push BJP’s ideological agenda!