Campaign Statements
Condemn the State’s blatant and callous disregard for the health of Varavara Rao!
July 17, 2020 Campaign Against State Repression 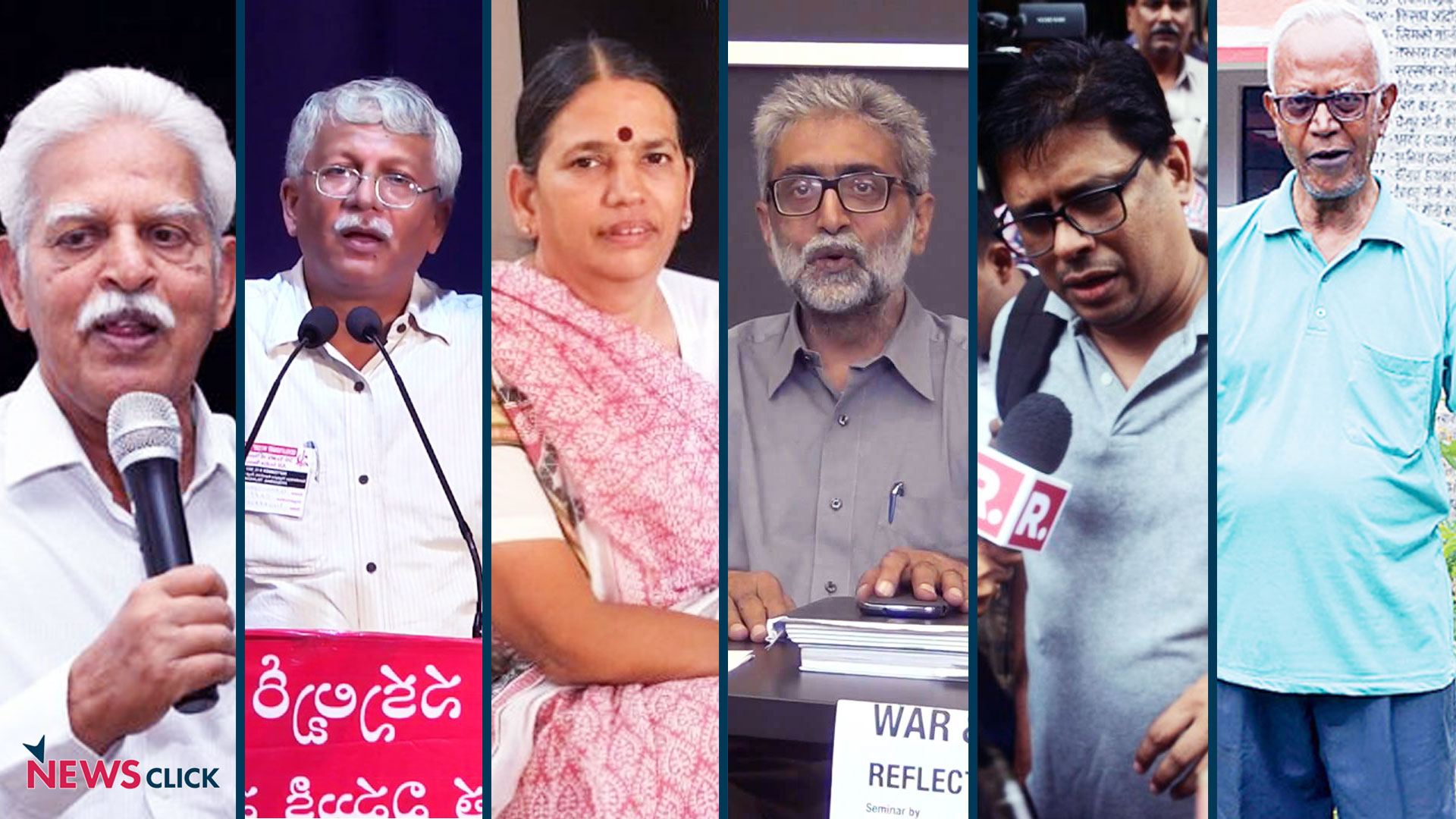 The Campaign Against State Repression (CASR) demands the immediate release of the revolutionary poet Varavara Rao who has tested positive for COVID-19. As per information received by family members, Varavara Rao’s health has rapidly deteriorated over the last couple of weeks. This is also evidenced by his weakening physical state, incoherent speech and inability to independently perform daily or bodily functions. After persistent efforts of family members in highlighting his health condition, the jail authorities, who had denied these concerns, were compelled to shift Varavara Rao to JJ Hospital in Mumbai on July 13th. However, his health further worsened as hospital authorities failed to care for him. They even forcibly sent away his family for raising concerns about him being abandoned on a dirty and unsanitary stretcher. Today, he has tested positive for COVID-19 and has been shifted to Saint George Hospital, Mumbai.

The deliberate role played by the State in Varavara Rao’s failing health in many ways captures the impact of the State’s actions in the country-wide surge in COVID-19 cases. Instead of making arrangements for immediate medical care and treatment, the Taloja Jail authorities denied him medical care. Simultaneously, the National Investigation Agency (NIA) worked overtime to block all efforts for the release of those incarcerated under the Bhima Koregaon-Elgaar Parishad case despite the heightened threat of a COVID-19 infection in cramped jails. To be noted is that several of the undertrials are persons above the age of 60, suffering from co-morbidities and hence particularly vulnerable to a COVID-19 infection. Besides Varavara Rao, these include Anand Teltumbde, Gautam Navlakha and Shoma Sen. What started as a witch-hunt of activists in 2018 by the Maharashtra Police has now become an attempt at custodial murder by the NIA, jail and hospital authorities. This is a barbaric extension of the policy of branding voices of dissent as ‘urban-naxals’ and incarcerating them for long periods of time under fabricated charges facilitated by draconian laws. As the COVID-19 pandemic spreads faster and further into all parts of the country, the inhuman and over-crowded jails have been transformed into the gallows for those who the State seeks to silence.

In furtherance of these actions, the NIA has summoned several more persons including Delhi University professor Hany Babu and Hyderabad based journalist Kranti Tekula to testify before them in Mumbai. That appeals for delay due to restrictions on travel and the imploding health crisis have been rejected reveals the base interests of this agency and its masters in the Ministry of Home Affairs. They intend to instil fear among the those daring to demand rights for the oppressed classes, castes and communities. The case of Dr. GN Saibaba, a 90% disabled wheelchair bound Delhi University professor, who continues to be incarcerated despite repeated appeals for parole is likely to develop similar to the case of Varavara Rao. Denial of reprieve to such persons render the Courts complicit in the custodial murder of activists, intellectuals, lawyers, journalists, poets and trade unionists. It must be reiterated that several anti-CAA, NRC, NPR activists arrested by the Delhi Police languish in jail despite appeals for their release. This policy of denying political prisoners medical care again manifests in the continued incarceration of peasant leaders Akhil Gogoi and Manas Konwar along with others who have tested positive for COVID-19 while jailed in Assam. All these bail applications are being denied by invoking the draconian Unlawful Activities Prevention Act (UAPA) and the NIA Act. The use of these draconian laws to incarcerate activists and deny bail despite the spread of COVID-19 within prisons is a blatant violation of the right to life of prisoners.

It is a truism that the BJP led Central Government and agencies like the NIA are using the Bhima Koregaon case as a tactic to suppress the voices that collectively oppose Brahmanical Hindutva Fascism. At the same time, Hindutva forces accused of attacking Dalits, Adivasis, Muslims and the progressive and democratic sections of our society are shielded and protected.  This makes it imperative for us to band together to resist the onslaught of Brahmanical Hindutva Fascism, demand the release of all political prisoners and demand medical attention to all persons incarcerated in jails and prisons all over the country. The Campaign Against State Repression (CASR) urges all the progressive and democratic sections of our society to unite and draw upon the broad masses in collectively resisting the fascist forces and opposing state repression. Let us demand:

3) Immediate release of all anti-CAA, NRC and NPR activists.

4) Immediate release of all political prisoners lodged in jails all over the country.

5) Repeal of all draconian laws including UAPA, PSA, NSA and others.