Arguing for maintaining the power of cartoon as satirical political commentary, the author analyses the FIR against Roy Ponnanna, who is a cartoonist in Karnataka, and the state’s attempt at suppressing of humour as a form of dissent. 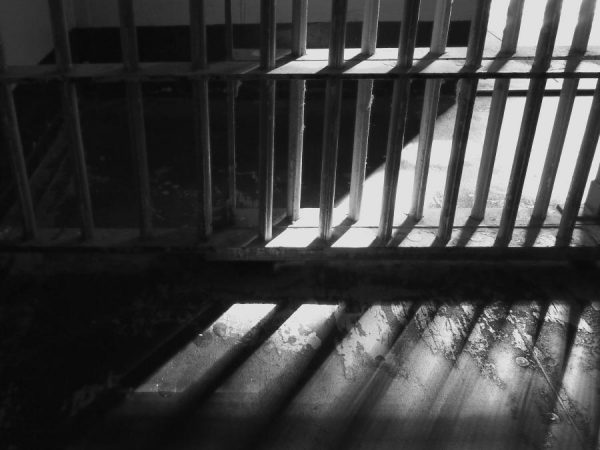 This is a story of Roy Ponnanna, a cartoonist from Kodagu in Karnataka, who has been booked for ‘promoting enmity between different groups’, through his cartoons. On 20-05-2020, an F.I.R (0031/2020 at Madikeri Town P.S) was filed against Roy under Sections 153A and 34 of the I.P.C, after a person alleged that his cartoons are intended to hurt the feelings of members of the Gowda community, and to spread disharmony and unrest in the district. It is a vague allegation with no reference to specific cartoons at all. It further alleges that his cartoons have insulted the local M.L.A K.G Bopaiah, who belongs to the Gowda community. He was granted anticipatory bail by the 1st Additional District & Sessions Court, Kodagu (Criminal Miscellaneous Petition No.131/2020) on 19-06-2020 after a month long struggle to avoid getting arrested.

Roy’s cartoons pertain to issues such as poor quality of roads in Kodagu, climate change, land conversion, tourism, etc. In these cartoons, one ‘Gopaiah’ is seen being questioned by other characters on contemporary issues. The reference to Gopaiah has been construed as a reference to M.L.A Bopaiah by the complainant.  This is a problematic development as the provisions of law invoked by the police are irrelevant to the facts disclosed by the complainant and it reflects the mechanical manner in which the police have behaved.

“It is unfathomable as to how creating a cartoon character called Gopaiah amounts to promoting enmity or doing acts prejudicial to maintenance of communal harmony.”

Section 153A of the Indian Penal Code criminalises ‘Promoting enmity between different groups on grounds of religion, race, place of birth, residence, language, etc., and doing acts prejudicial to maintenance of harmony’. It is unfathomable as to how creating a cartoon character called Gopaiah amounts to promoting enmity or doing acts prejudicial to maintenance of communal harmony. Gopaiah is a rather common name in South India and is by no stretch of imagination, a name which symbolizes an entire group. If one were to assume that Gopaiah is a reference to M.L.A Bopaiah, one is still at a loss to understand how the ingredients of Section 153A are attracted. If for the sake of argument, it is assumed that the cartoons defame Bopaiah, it is Bopaiah alone who can sue or file a complaint. Section 153A cannot be used as a substitute for the law of defamation.

Yet another allegation is that his cartoons are perceived as derogatory and hurtful by the Gowda community. As stated earlier, there is no reference in the F.I.R to specific cartoons. A perusal of his official Facebook page would reveal that it does not contain cartoons which make any reference to the Gowda community. Even if they do, it fails to satisfy the ingredient of promoting enmity between ‘groups’. The complainant has not disclosed which two (or more) groups are involved in this case, let alone describe how enmity is being promoted between them. Unless, the cartoons incite violence, the ingredient of being ‘prejudicial to maintenance of harmony’ is not met.

The same F.I.R also alleges that another person called Aiyappa has abused Union Minister Sadananda Gowda and has vilified the Gowda community. Shockingly, these two separate incidents are clubbed into one F.I.R by invoking Section 34 of the Indian Penal Code which pertains to acts done by several persons in furtherance of a common intention. When the complainant himself alleges that these are separate incidents pertaining to different personalities, it is patently illegal to club the two cases without analysing each allegation carefully. Careless invocation of Section 34 is prejudicial to the rights of an accused as it allows joint liability to be imposed. It is hard to see ‘common intention’ between a cartoonist who posts cartoons on social issues and another person who allegedly abused Sadananda Gowda.

“Roy’s cartoons embody these qualities. It is unfortunate that criminal law is being used to suppress humour and obliterate art merely because a few are uncomfortable with it.”

In 2018, the Madras High Court quashed a defamation case against a cartoonist, which was filed after he portrayed Former C.M Karunanidhi as a cap seller who was surrounded by monkeys (party workers). The Court observed that the law is not meant to come to the rescue of a ‘touchy’ and a ‘hyper-sensitive’ individual. While these observations were made in a case pertaining to defamation, it does lay down that a cartoon implies exaggeration to produce satire and that the appeal of a cartoon is based on politically embarrassing events. Roy’s cartoons embody these qualities. It is unfortunate that criminal law is being used to suppress humour and obliterate art merely because a few are uncomfortable with it.  It would be apt to reproduce Justice Kaul’s observation in the context of M.F Hussain’s prosecution for his paintings:

“In my considered view, criticism of art may be there. Rather, there are many other more appropriate avenues and fora for expression of differences of opinion within a civil society. But criminal Justice system ought not to be invoked as a convenient recourse to ventilate any and all objections to an artistic work. It should not be used as a mere tool in the hands of unscrupulous masters which in the process can cause serious violations of the rights of the people especially taking into consideration the people in the creative fields. Such a pernicious trend represents a growing intolerance and divisiveness within the society which pose a threat to the democratic fabric of our nation.”

George Orwell believed that ‘every joke is a tiny revolution’. Cartoons are powerful expressions of satire, which can shape public opinion and sensitize citizens towards pressing issues of society. Unless the civil society expresses anguish against harassment of cartoonists and displays solidarity, cartoonists like Roy will remain vulnerable to bigotry.