Speaking Up
When will we have equitable access to fruits of development?
July 2, 2020 Sandeep Pandey, Kushagra Kumar 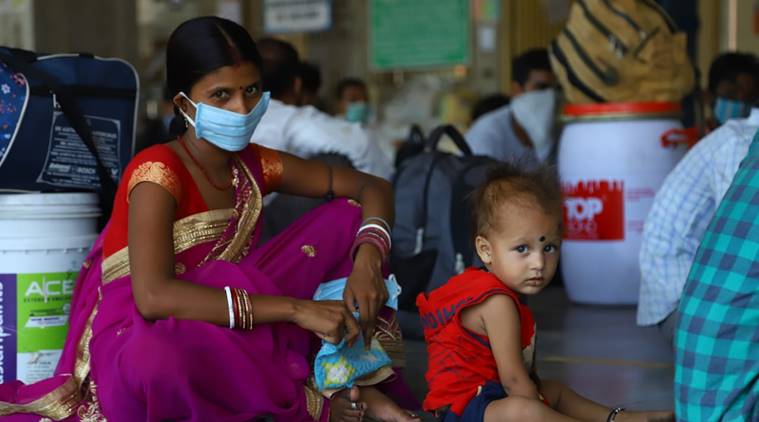 One of the writers of this article is reminded of an incident, when he was teaching at Indian Institute of Technology, Gandhinagar which was then functioning from a campus in Chandkheda in Ahmedabad. On 16 December, 2011, a dog picked up a two-month-old boy child Akash who was lying on ground while parents were busy cooking or eating dinner at 10 pm. When they searched for the child, his body, eaten up, was found in a nearby field. Laxman, 22 years, and Raina, 20 years, belonged to Bhuria Scheduled Tribe community from Jhabua in Madhya Pradesh and had come to work in Ahmedabad as migrant labourers. Akash was their first child after their marriage hardly a year back. That such an incident happened on an IIT campus points to the widening gap between the advanced technological development being pursued for the elite of the country and the living standards of unorganised masses dependent on daily wages or contractual jobs for their survival. When the new campus for IIT Gandhinagar started getting built at Palaj around the same time, a sensitive director Dr Sudhir Jain made sure that the first constructions that took place were houses and toilets for the labourers.

Now a similar gruesome incident has taken place on 23 June, 2020, in Bah Tehsil of Agra District when a 26-year-old woman Shilpi went to relieve herself in Chambal ravines late evening she started having labour pain. She fell unconsciousness after giving birth to a child but by the time she regained consciousness, the child was gone, probably taken away by some animal. It is a sign that in spite of all the claims about development, things haven’t changed much, at least for the underprivileged. Prime Minister Narendra Modi chose Mahatma Gandhi’s birthday — who was widely regarded for his commitment to two prominent values one of which was “truth” — last year to declare that with construction of 11 crore toilets rural India was open defecation free, meaning thereby that 99% people had toilets. The reality is that most toilets built during Swachh Bharat Abhiyan are not usable for various reasons, including corruption, another vice that the government claims to have eliminated.

The latest incident also points to the failure of Janani Suraksha Yojana of the National Health Mission whose objective is to prevent infant and maternal mortality by encouraging institutional delivery for poor pregnant women. Accredited Social Health Activists (ASHA) are supposed to look after such pregnant women. It is a matter of enquiry whether the ASHA of Village Jodhpura in Block Pinahat of Agra was aware of the advanced stage of Shilpi’s pregnancy, where she lived with her husband Sunil Kumar. The Gram Prahdan Gajendra Singh did not recommend a toilet for their home as Sunil’s Adhar Card had registered the address of a different village Raghunathpura.

That the incident happened in Agra, famous world over for the Taj Mahal, is a cruel reminder of Mumtaj Mahal's death during her 14th child birth. Looked at from another perspective, Taj Mahal is a monument of maternal mortality.

The lackadaisical attitude in our society towards pregnancy, which is important for the health of mother as well as the yet to be born child for his/her remaining life, is obvious from the number of child births which took place on trains while migrant workers were returning home on Shramik special trains during the COVID-19 crisis. On 9 May Mamta Yadav, who belongs to Chappra, Bihar, delivered a baby on a train from Jamnagar to Muzaffarpur in Agra, while Shubhadra, a native of Ambedkarnagar, Uttar Pradesh, delivered a baby on the way from Jalandhar to Akbarpur in another train same day. On 10 May Sunita delivered a baby on a train from Valsad to Lucknow just before reaching Lucknow. While the women must have been tested for COVID-19 before boarding the respective trains, nobody bothered about their advanced stages of pregnancy as they were embarking on a long and arduous journey. 80 deaths admitted by the Indian Railways on Shramik specials between 9 and 27 May point to the inhuman travel conditions that these women were also subjected to.

On the other hand, due to the threat of COVID-19, patients who needed attention for non-COVID reasons were being neglected. Imagine a pregnant woman arriving at a hospital being asked to undergo COVID-19 test first, the result of which could take 2 days to arrive. On 5 June, 30 years old Neelam in the eighth month of pregnancy died in an ambulance in Greater Noida after being turned away by 3 government and 5 private hospitals for the lack of bed.

All of these incidents prove we take life of the underprivileged in this country for granted. The country’s security has become a major issue these days vis-à-vis our neigbours like China, Pakistan and even Nepal. But we hardly appear to be bothered about security of individuals. Even if we were to make our borders secure, of what use will they be to a child or a mother who died because of negligence of the state? The country which is now behind only United States and China in terms of spending on external defence is very stingy when it comes to spending on health care.

While the class which clapped from their homes and lit candles to appreciate the medical and other staff dealing with the COVID-19 crisis might feel secure in their homes with either a guaranteed salary at the end of the month or comfortable bank balances, the class which was walking back home on highways has been left to fend for itself. The poor development indices, whether related to education or health care, availability of toilets or proper habitation, malnourishment or fertility rate, don't make the vast masses involved in primary or secondary sectors of economy feel secure at all. Majority of the population on subsistence livelihoods are devoid of the sense of security which should come along with development. It is high time we took a hard look at the question of equitable access to the fruits of development.

Sandeep Pandey is social activist and Kushagra Kumar is a student. 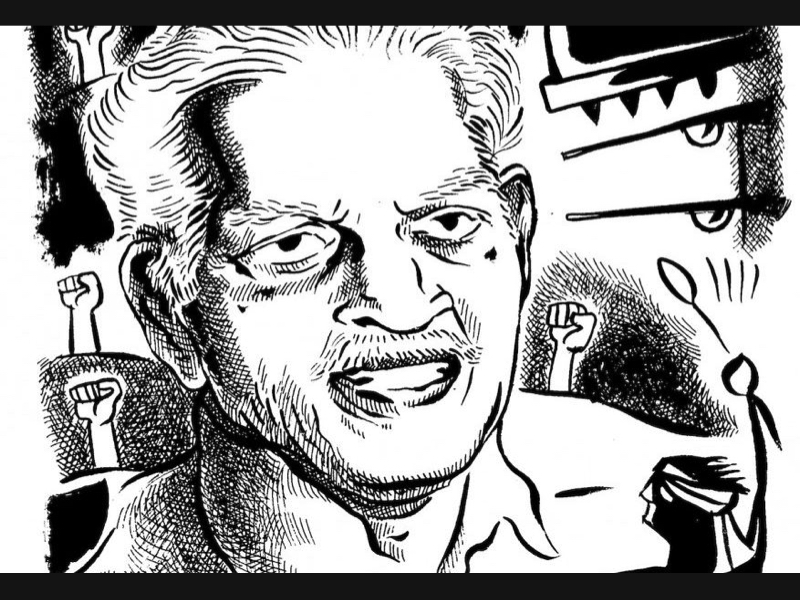 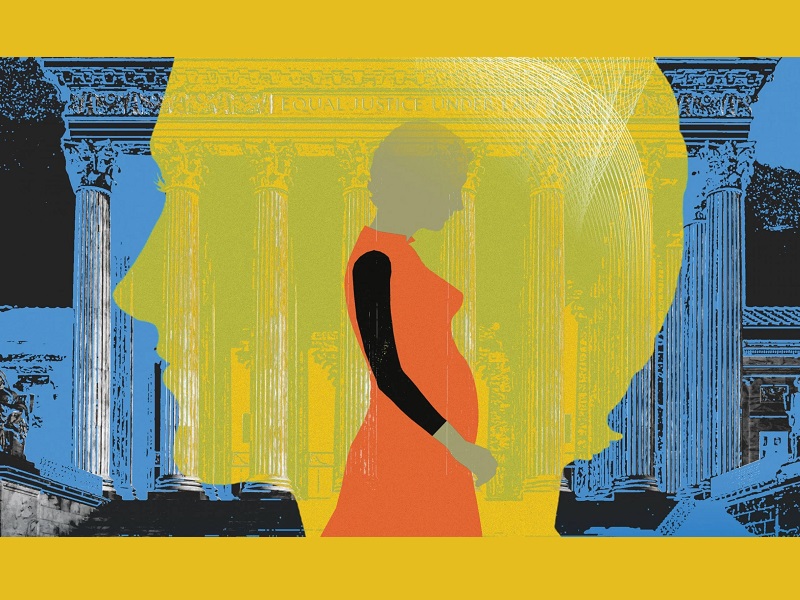 Speaking Up
The Question of Mother’s Safety in Abortion: Is the Indian System Progressive?
Dushyant Kishan Kaul

Analysing Indian courts and the law’s approach to mothers’ well-being and rights. 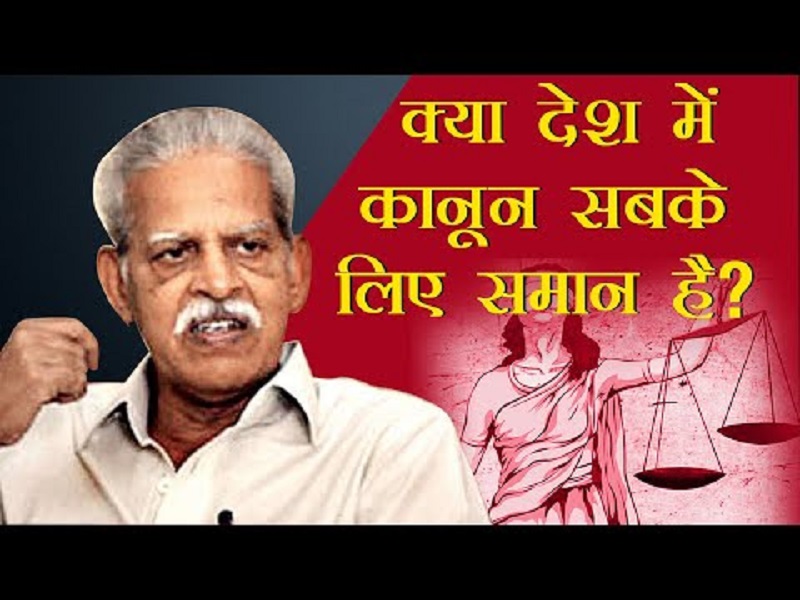 Speaking Up
Is Law Equal for Everyone?
NewsClick Team

Satish Deshpande tells that we live in a world where rulers believe in authoritarian populism. 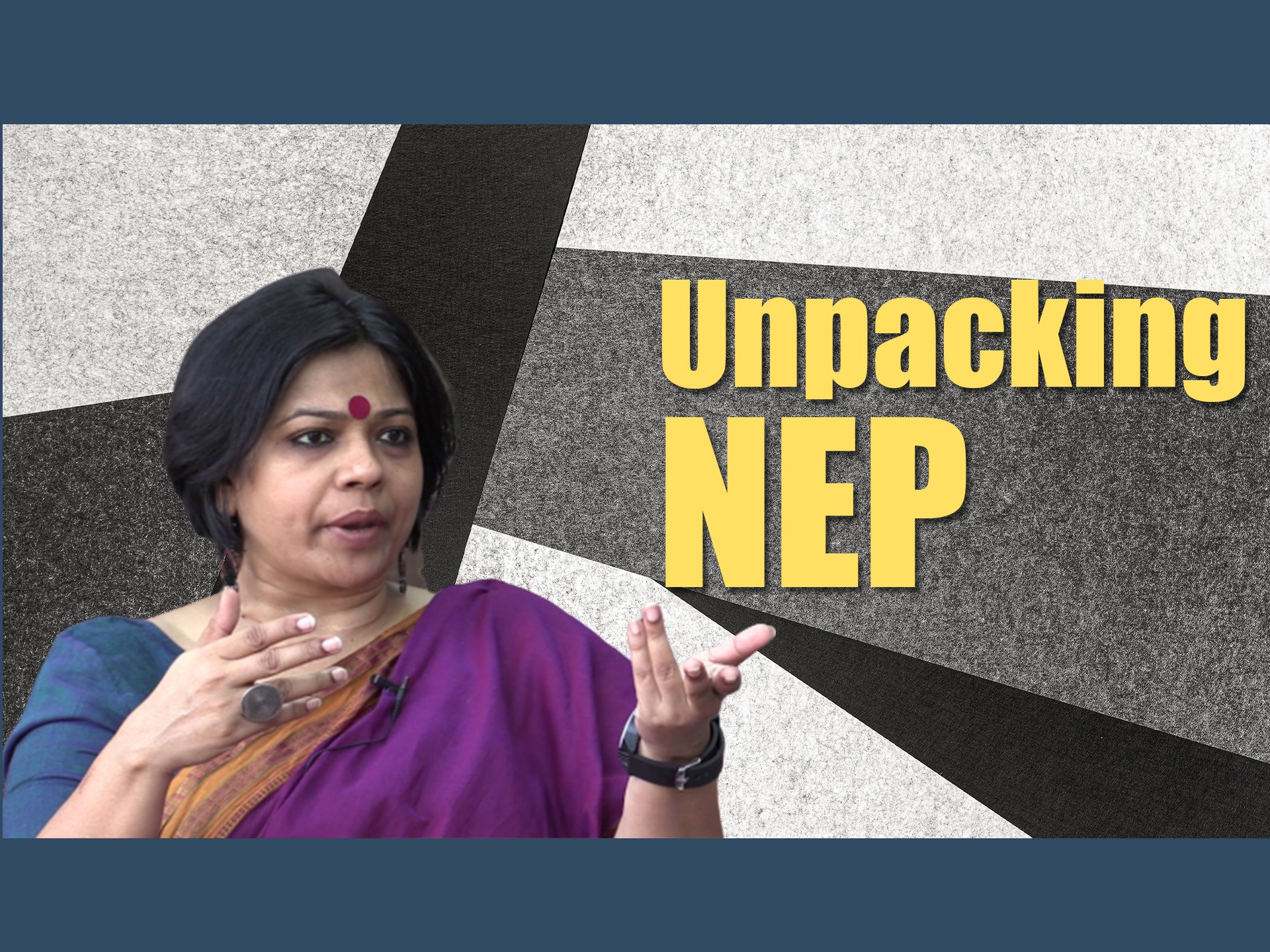 Speaking Up
NEP Will Lead to Commercialisation of Education
NewsClick Team

Abha Dev Habib talks about the National Education Policy that was approved by the government recently.

Speaking Up
The Question of Mother’s Safety in Abortion: Is the Indian System Progressive?
Dushyant Kishan Kaul

Analysing Indian courts and the law’s approach to mothers’ well-being and rights.

Speaking Up
Is Law Equal for Everyone?
NewsClick Team

Satish Deshpande tells that we live in a world where rulers believe in authoritarian populism. 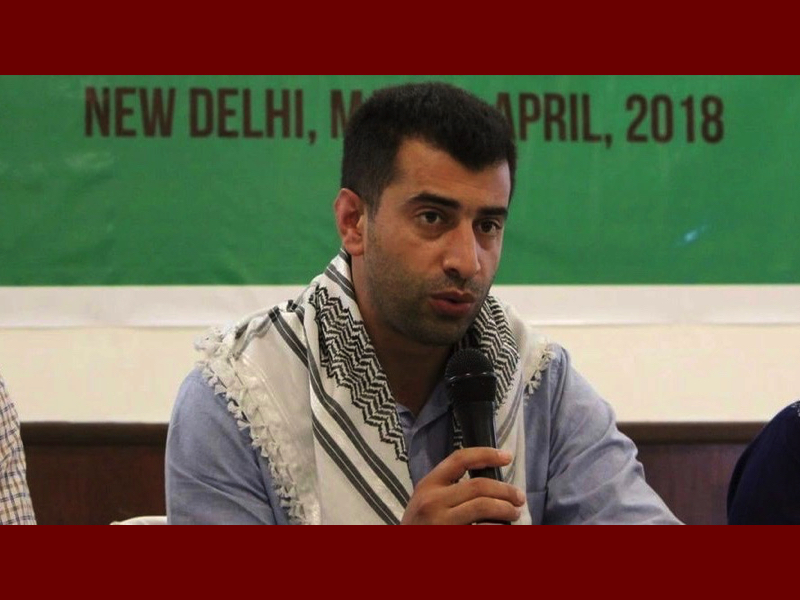 Mahmoud Nawajaa, general coordinator of the national committee of the BDS in Palestine, was arrested by the Israeli occupation forces early in the morning of July 30. His whereabouts remain unknown