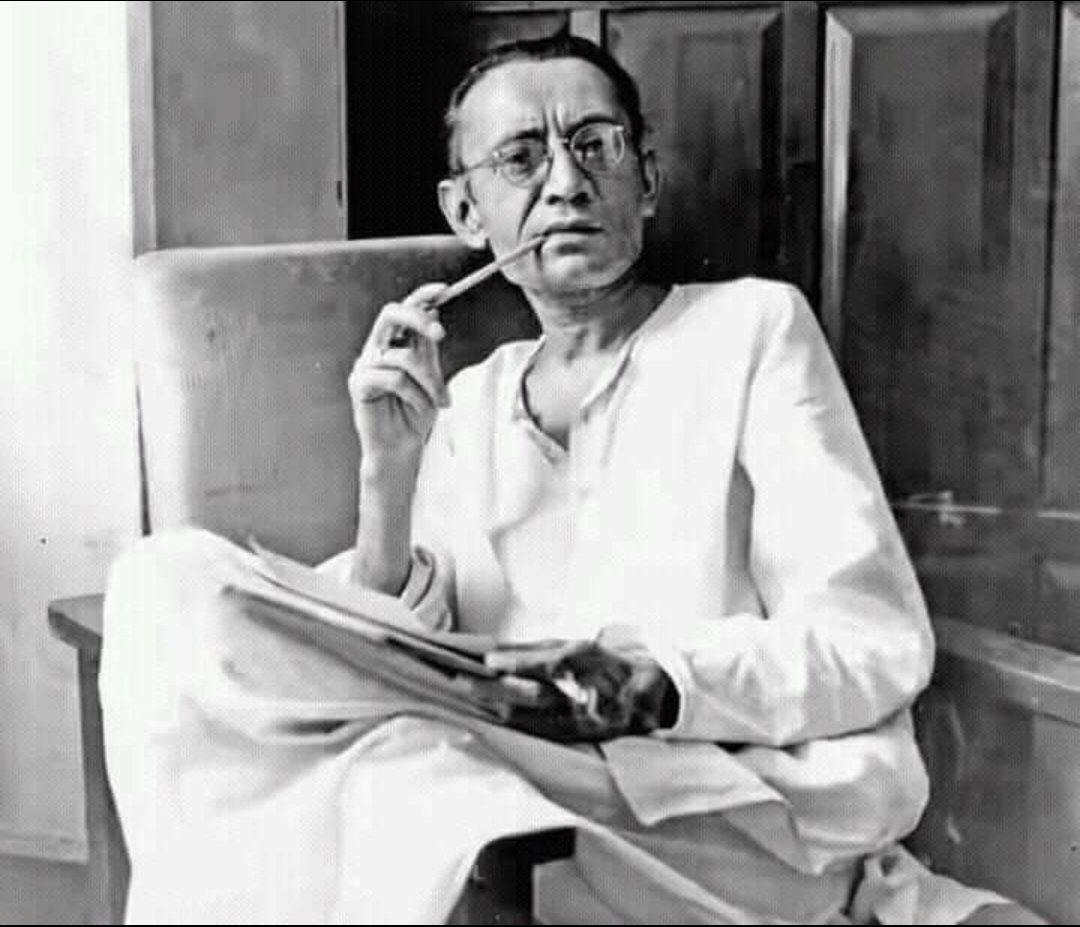 If fiction stems from utter ignorance of the social history of a people, and focuses on their feelings and emotions only as product of their whims or circumstances, it leads the reader into a dark cave. There, he or she will feel the thrill of discovery, but end up facing the blackness. In the dark, a reader may be hurt, or caught by surprise by an insidious surrounding silence.

In a society in which oppression is multi-dimensional, where only a privileged few can can afford to write in a way that dictates the nation’s literary imagination, any work of fiction is more likely to be dubious than a work of art. That is, art as a breakthrough to freedom is unlikely in a society which operates this way. Where there is gruesome oppression and art vulgarises its victims—if it makes victims even more prone to be perceived as objects of fantasy—then such a work of art becomes a tool that cements oppression rather than a way to liberation.

Literary narratives owe much to people because they not only tell stories which are entirely theirs, but also in relation to masses. Fiction produced by a savarna imagination is no exception. It is a fact that in India women across castes are victims of caste and patriarchy. Of course, the higher the caste of a woman, the lower the degree of her oppression compared to other women; and the lower her caste, the higher is her oppression.

There is a tendency in Manto to make women the site of intimacy and sexual appeal. Many of his readers mistake his reducing women into “subjects without history” as tragic female characters who were witnesses to a harsh society. This perception arose because his stories were looked at from the high towers of society. Precisely this mistake prohibited us from knowing the dark, rather obnoxious, side to his stories. Let us now look at his short story, “Khushia”, from the vantage point of a dalit basti instead.

In “Khushia” we find a woman devoid of history, a woman who exists merely to serve the purpose of manifesting male anguish, guilt and ego. For this reason alone, this is a story trapped within savarna male ego. But there is more: neither its male (Khushia) nor female (Kanta) characters feel real, although they are part and parcel of society. Manto imagines Khushia only as a male and Kanta only as a female. This is why, if we read “Khushia” from a dalit perspective, the story is nothing but a fantasy to release savarna male ego. Khushia and Kanta have been pushed by society to such an extent that they have taken to trading in human flesh.

Manto, in effect, calls Kanta ‘goods’ and Khushia their ‘hawker’, but neither Khushia, a pimp, nor Kanta, a prostitute, have any social history. Every pimp and prostitute have a history, yet Manto fails to provide one to his characters. Why? After all, there are glimpses of other histories he has imparted, to both people and places in this story. For instance, “Khushia” itself is specifically set in Kamathipura, Grant Road, Bombay (now Mumbai).

To explore the history, consider this instance from 1936: that year, Dr. BR Ambedkar was invited by a group of women from the same Kamathipura locality of Mumbai (in which Manto set his story) to talk about religious conversion. The women included devadasis, jogtins and prostitutes who belonged to the untouchable and lower castes. Ambedkar called their profession “disgusting” and urged them to leave it once and for all. This created a rumpus in the audience, but Ambedkar was clear: to live with dignity one does not need to cling to this profession.

Decades later in the 1970s, at another event in Maharashtra, Durga Bhagwat, a brahmin writer, spoke in defence of the “human rights” of prostitutes and justified prostitution on the premise of the sexual health of society. Raja Dhale, one of the founding members of the Dalit Panthers, then stood up and said that should Bhagwat start prostitution, he would be willing to pay much more money than he was supposed to. Bhagwat was outraged and broke into tears. Dhale’s intention was to make it clear that for dalits dignity come first, survival is secondary.

The great poet Namdeo Dhasal (1949-2014) grew up in Kamathipura and led the first morcha of prostitutes. He not only pioneered writing about their world with poignant honesty but also participated in their struggle for justice. All three, Ambedkar, Dhale and Dhasal, were born into the mahar caste and became Buddhists. All three were erudite scholars—writers, artists, philosophers and poets—who passionately paved the way for the women’s struggle in India. They helped bring justice, dignity and the agency of women into literary narratives, in fiction and non-fiction.

But Manto’s “Khushia”, though it claims to portray a brutally sincere picture of society, is principally an antithesis to the dalit perspective. James Baldwin says, “…the root function of language is to control the universe by describing it.” In the specific context of literary imagination he says, “What one’s imagination makes of other people is dictated, of course, by the laws of one’s own personality.”

It is well known and should be obvious that Manto wrote his stories from an elite perspective. That is, in India, caste hierarchies also exist among the Muslims. Even Muslims in India are subjected to caste-based norms and practices. It follows that their thought processes are also dictated by such conditionalities. This often reflects in Manto’s descriptions of characters who belong to underprivileged castes. To consider this in the context of “Khushia”, Manto writes while introducing Kanta:

“She had opened the door and what he had seen had nearly thrown him. She was naked, or nearly naked because all she had covering her was a skimpy towel which was simply not adequate because whatever women keep covered normally was there in full view.1

How is it possible that Khushia, who is a pimp, had never witnessed such an exhibition of the body? Manto claims that Khushia had never seen a woman naked? Khushia, seeing Kanta naked, feels sexual curiosity as well as revulsion. His ego as well as his “pride” are hurt. He is convinced that she has bared herself before him because she presumes he cannot feel sexual urges. This he sees as an assault on his masculinity. It is clear that Khushia had forgotten that he is standing in Kanta’s space, at her doorstep and in her home, in which she has the freedom to be who she is. Besides, she does not so much as signal any disrespect towards him.

Here, Manto lacks an understanding of the world of Khushia and Kanta, the world of flesh trade. He does not belong to the history from which they have arrived at their brutal conditions, surviving as pimp and prostitute. This is precisely why Kanta’s bare body standing as an insult to Khushia is very unconvincing. Besides, Manto lies when he says that Khushia has not seen a woman naked, because within minutes of his encounter with Kanta he is already comparing her with all the other prostitutes he has seen, naked or not. Khushia recalls a woman from his childhood as well, who would ask him to pass her a bucket of water while she was bathing and her eyes had soap in them. The memory of this woman has been with Khushia all his life, and it has become a wound that is now almost incurable. If these instances had been taken into account by Manto, Khushia’s world would have told a different story. Instead, his observations remain removed from the real life of pimps, in which nakedness is not seen from a moral position.

It is typical for a savarna writer imagining such realities in fiction to end up confused and restless, and to rather forcefully give it a mystical meanings via language—the capital they possess by which to dictate what the world of others is like in the name of fiction; the capital they deploy to erase social history by putting characters into mystical situations. The naked woman from his childhood keeps reappearing in Kanta’s imagination and becomes more and more haunting until he cannot remain calm. He becomes restless to the extent that he foresees revenge as the route to free himself: a pimp with savarna ego.

This aspect—of his desire to free himself by extracting revenge—is least explored in this story. Khushia is not just a man from any caste background, but a male with a savarna ego and the instinct of a brahmanical man, according to which the one whom he finds unsuitable must be punished.

Khushia arranges for Kanta to be picked up and brought to him. He visits her as a customer, but in disguise, not as her pimp. The moment Kanta realises this, she is bewildered and shouts: “You—Khushia?” And his retort is quick, angry: “‘Yes, it’s me, Khushia, so what? You got your money, didn’t you?’ His thick voice rose.” After the taxi they are in disappears into the darkness, Manto writes that Khushia is never seen in the same locality again. What happened to Kanta is not known. All we know, in fact, is that Khushia has settled his account. Kanta, introduced to us without any social history or struggle, sinks again into oblivion. This is a rather frequent fate to befall women in Manto’s stories. In them, we are thrilled by the ending, but also left confused and rather curious. The climax turns women into mystified objects, often demeaned, mere manifestations of savarna ego and perceptions.