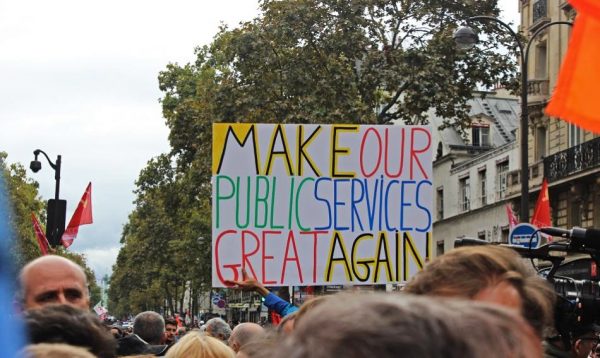 June 23 is commemorated around the world as Public Service Day. This year, the need to meaningfully honour the crucial work done by public services workers has been highlighted by different sectors, especially in light of the COVID-19 pandemic. The United Nations’ general secretary, Antonio Gueterres, released a statement on the occasion.

“Today, as we honour these essential workers and so many more, we must also reflect on how to better protect, recognise and invest in their well-being as we build back better, together. And I say directly to these inspiring public servants: We are all deeply indebted to you for your remarkable acts of service to humankind,” said the statement.

However, questions are being raised whether enough has been done to protect public service workers before and amid the pandemic. Observers note that there is an urgent need to push for measures to ensure the protection of public workers globally. A UN panel discussion has been organised in this regard on Public Service Day this year, to honor these workers worldwide and address the challenges faced by them, particularly during the times of COVID-19. Senior leadership of the UN and representatives from around the world are expected to attend.

Rosa Pavanelli, general secretary of Public Services International (PSI) – a global union federation for public services trade unions – will also be attending the UN conference. A critic of rampant neoliberalism, Pavanelli at a recent press conference spoke of the urgent need to reverse the freeze on spending on the public services, particularly in healthcare, in the wake of COVID-19 pandemic. “We are witnessing the failure in this period of a pandemic, which is a consequence of freezing spending on workers and public services,” Pavanelli asserted.

PSI is among the largest global trade union federations, covering over 30 million public services workers from nearly 154 countries. Many of these workers are today offering the most essential services to their respective nations, including healthcare, electricity distribution, public transport and education.

Progressive unions across the world have taken a powerful stand against the Washington Consensus that still dominates international and multilateral forums, including the UN and WHO. As these forums coordinate global efforts to fight one of the deadliest pandemics in human history, it is necessary to review the neoliberal economic policies that have undervalued the essential services provided by public service workers.

Pavanelli has claimed that fighting neoliberalism is not just in the interest of the public services workers, but for the community as a whole. “One of the things we realised during the pandemic is that all the neoliberal construction that have imposed cuts on public service, cuts on health systems, and pushed for privatisation of the system, has not only undermined the capacity to deliver quality services to all, but also undermined the capacity to ensure universal access to all as per the (UN’s) Sustainable Development Goals,” she said.

While talking about the need to increase investments in public services, Pavanelli stated that these need to be channeled into financial institutions and the economy in a manner ensuring livelihoods for the whole community. She also rejected the notion that there is little money to make this possible.

Giving the example of the app- and IT-based corporates that have reaped tremendous profits during the pandemic, she insisted that governments need to bring back progressive taxation on wealth accumulation by the rich.

ActionAid released a report in April when debt relief proposals were gaining ground in the International Monetary Fund as the economic fallout of the COVID-19-related lockdowns threatened the collapse of several low-income and middle-economies into insolvency. The report proposed a gender-responsive investment in public services, and, among other things, “resisting the ideological push” for privatisation, immediate debt relief, and a push towards expansionary macroeconomic policy and increase in the revenue base.

Archer pointed out that despite the temporary debt relief granted by the IMF and G-20 nations to poorer nations, the status quo remains. Dozens of low and middle income nations are forced into pursuing policies that revolve around debt repayment and servicing. This in turn pushes for cuts in public services and other expenditure in social infrastructure.

Among those joining the UN conference is K. K. Shailaja, the Health Minister of the Indian state of Kerala, which has gained recognition for its effective measures to contain the COVID-19 outbreak.

Shailaja is part of the Communist Party of India (Marxist)-led Kerala State government that has been pressuring the national government in India to invest extensively in public services, including healthcare.