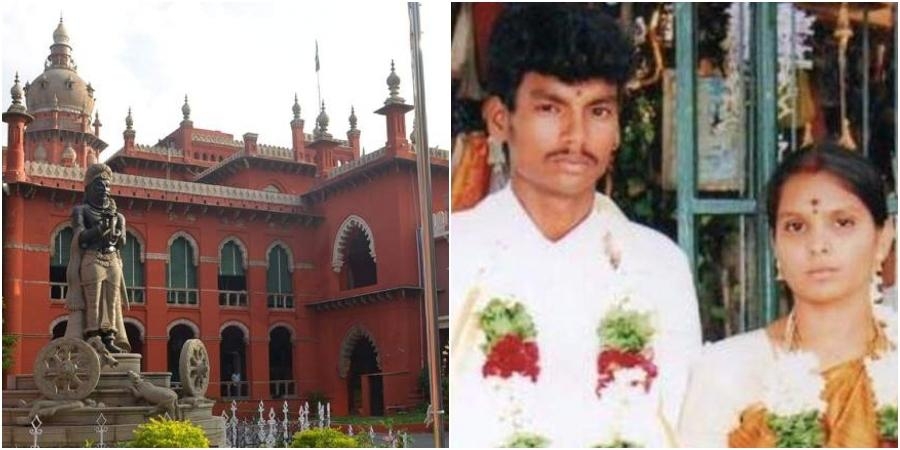 The All India Democratic Women’s Association is absolutely shocked at the Madras High Court’s judgement on the appeal regarding the honour killing of Udumalai Sankar, Tamilnadu acquitting the main accused.  It is to be recalled that Kausalya, who belongs to the socially dominant BC (Thevar) community, had married Shankar, a Dalit youth of Udumalpet in Tirupur district, in 2015. On March 13, 2016, the couple was brutally attacked by a three-member gang near Udumalpet town bus stand. Shankar, only 22 at the time, succumbed to his injuries while 19 year old Kausalya, though heavily injured, survived. Such brazen honour crime in broad day light shocked the entire nation.

On December 12, 2017, of the 11 accused, the Tirupur District Sessions Court sentenced six people including Chinnasamy, father of Kausalya to capital punishment for murdering Shankar.  Three others, her mother Annalakshmi, maternal uncle, Pandi Thurai and a 16 year old relative, were acquitted of all charges. Two other accused got lesser sentences.

The accused filed an appeal in the Madras High Court challenging the punishment whereas the State filed an appeal against the acquittal of the three persons including Kausalya’s mother and uncle.

The High Court has now upheld the Sessions Court’s acquittal of the 3 persons. In addition to it, it acquitted Kausalya’s father, Chinnasamy who was Accused No 1, concluding that neither the charge of criminal conspiracy nor murder stood proved against him. Two of the contract killers who were awarded life imprisonment and 5 year sentence were also released forthwith. For others, the death sentence was converted to life imprisonment for 25 years.

It is apparent from the judgement that the Court does not recognise this as an honour crime or caste based crime. The Court, by acquitting the prime accused Chinnasamy and by upholding the acquittal of Kausalya’s mother and uncle, strangely cuts of the connection between the contract killers and the family. Then a pertinent question arises as to why the contract killers attacked Sankar and Kausalya and what could be the motive. Inspite of strong evidences of collusion between the prime accused and the contract killers and the Sessions Court appreciating them, the High Court has chosen to disregard them and asked for further evidence. Instead of taking the cumulative effect of the events of this case in our caste ridden society, the court has approached the events in an isolated and disconnected way.

The very same High Court, in 2014, in the case of Dilipkumar vs state of Tamilnadu which was taken up by AIDWA and TNUEF, recognised the prevalence of rampant honour crimes happening in the state and issued guidelines to deal with it. In 2018, in another case, the Madras High Court stressed the need for implementation of the guidelines. But, through this judgement, both the recognition of prevalence of honour crimes and the guidelines to tackle them by the same Court have been given a go by.

The AIDWA is concerned about the implications of this judgement on the society. It is an attack on the right to choose one’s life partner. It is a threat to the youth who dare to challenge the caste hierarchy. Honour crimes stem from a strong caste frenzy and patriarchal values. It is a blot on democracy. This case is just not a single murder and this verdict will impact on a whole gamut of honour crimes to come in future.

AIDWA urges the Tamilnadu government to file an appeal in the Supreme Court at the earliest and strongly oppose this judgement. It appreciates the courageous role played by Kausalya in bringing her family members to court and the support given by AIDWA, TNUEF and other democratic organisations in Tamilnadu for her struggle for justice to Sankar. This judgement brings out the urgent need  to introduce a special legislation to curb honour crimes which organisations like AIDWA are fighting for and a draft bill has already been submitted to the government by AIDWA.