Culture Matters Books
Madrasas under a Cloud
An excerpt from Madrasas in the Age of Islamophobia.
June 20, 2020 Ziya Us Salam and Mohammad Aslam Parvaiz

Madrasas, in the age of Islamophobia, have been branded as "dens of terrorism" in the imagination of the Indian people. What most seem to have forgotten is that madrasas have schooled some of the most noted reformers and personalities in the history of India. From Rajendra Prasad, Motilal Nehru to Raja Rammohun Roy and many others.

Written by Ziya Us Salam and Mohammad Aslam Parvaiz, Madrasas in the Age of Islamophobia, looks at the many layered history of madrasas and tries to highlight the challenges being faced by madrasas in the present day.

The following are excerpts from the chapters "Madrasas under a Cloud" and "Madrasas in Modern India : Sorry State, Lofty Principles?" of the book. 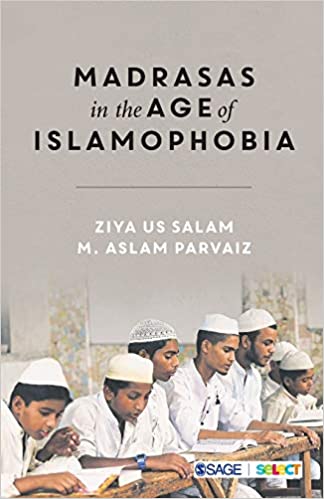 This trait of looking at madrasas, particularly those in the border areas, itself drew fuel from the teachings of the Hindutva ideologue Deen Dayal Upadhyay who wanted a 10-mile corridor along the border with Pakistan from where the Muslims would be expelled.

From 2001 to present, the needle of suspicion is pointed at madrasas as the dens of terror. No evidence is ever provided. While the madrasas continue to teach their pupils under the shadow of fear, it has made life that bit more difficult for the innocent students. As Mohammed Ali (see biosketches) discovered to his dismay on his way to his madrasa in Pilibhit in Uttar Pradesh.

What needs to be done is to tell the common man about the role of the madrasas in the spread of elementary education in the country where one-third of the population still cannot read or write. It is critical to bring out the reality of the madrasas in India. While some like Darul Uloom, Deoband, have played a critical role in the freedom struggle of India—the Deoband school acted as an effective counter to the divisive ways of the Muslim League—others, including thousands of nondescript madrasas with all their obvious limitations, have imparted at least elementary knowledge to that segment of the population which not only cannot afford to give education to its children, but is also unable to give two square meals. Much before the Government of India came up with the Midday Meal Scheme to encourage more children to come to school, madrasas had been offering three meals a day to its residential students.

As for Rizvi, Togadia and their ilk, a quick trip to any madrasa will cure them of prejudice and ignorance. Far from being the breeding ground of terrorism or places where separatist tendencies are nurtured, madrasas suffer from acute shortage of resources, infrastructure, manpower and so on. Unsung heroes for some, untamed villains for others, the role of the madrasas has not been understood by most.

All around Madrasa Maqsood Ashrafiya, life moves serenely. The quiet in the air can almost be heard. All through the year, the farmers are busy, now sowing wheat, now harvesting it. Now sowing rice, now harvesting it. Some have tractors for their fields; many still use bullocks. The means of transport are elementary; some have a cycle, most use tempo, a popular public transport vehicle in rural areas. Not every child is enrolled in schools. Amidst a swirl of bees during daytime and mosquitoes in the evening, village Mujahid Khani maintains its peace.

However, there is one small place in the village which has not known lasting peace for the past decade, or maybe a bit more. It is the village madrasa. Called, rather loftily, Madrasa Maqsood Ashrafiya, the madrasa struggles for consistency. No teacher who is appointed here lasts long enough to make a difference to the lives of its 50 students or so. While in metropolises, teachers often move from one institution to another as part of upward mobility in career, here the challenges are existential. The maulanas are appointed for merely ₹5,000 per month. This amount has to come from the local villagers as the elementary madrasa is not registered. The villagers, in turn, are dependent on the erratic earnings from their farms. If it rains well, and there is a good crop, the maulana in the madrasa can hope to get his salary on time. If the crop fails, the maulana’s pocket is impacted too. Not many can bear these erratic ways. Most move out after a few months. Then a fresh search starts to find a solitary teacher to teach students from the age of 6 to 17–18! Another young man joins. He too meets the same fate.

Meanwhile, the students at the madrasa continue their search to learn to recite the Quran, pick up elementary Arabic or to do hifz. The hifz students suffer the most. When a maulana joins the madrasa, in the name of revision, he often starts afresh from the first chapter. Thus, a student who could have memorized the Quran in three years ends up taking up to five years. This in turn sets his family back. The family is often hopeful of the boy becoming a hafiz soon in order to pick up a job as an imam somewhere, and help in the family’s earnings. It is a vicious circle at the madrasa. The local families cannot pay the imam or the maulanas on time, their own children’s education is delayed. Accordingly, their hunt for a job is postponed.

Incidentally, the madrasa which has been in existence for more than a decade, to this date, has only two rooms with a proper ceiling. The students sit here cross-legged on the floor as they place a copy of the Quran on the bench and try to memorize it verse by verse. It is a long haul, made more challenging by the enervating heat, sapping humidity and constantly buzzing bees. Yet, the two rooms are the best place to be in at the madrasa. Rest of the space in the 150-yard plot does not have concrete flooring either. The electric supply at the premises is erratic at best, the water supply non-existent. The age-old hand-pump is the sole reliable companion, be it quenching the students’ thirst, or the pious doing the ablution before a prayer. During rains, it gets difficult for students to reach their classrooms. They have to top-toe across all the squelch and squalor. At the height of winters, the madrasa perforce has to open late. More often than not, it is dependent on natural light and air. Hence, it becomes impossible to start lessons in winters immediately after dawn prayers.

At Madrasa Maqsood Ashrafiya, life is neither smooth nor serene. Every day is a challenge for the teacher and the taught. So unlike the village in which it stands as a sad reminder of the tragic state of some of our Islamic learning centres. And to think these penurystruck places of learning are dubbed as dens of terrorism by the ignorant and the irresponsible!

This is an excerpt from Madrasas in the Age of Islamophobia written by Mohammad Aslam Parvaiz and Ziya Us Salam and published by SAGE, 2020. Republished here with permission from the publisher.
Ziya Us Salam is a noted literary and social commentator. He has been associated with The Hindu for almost two decades and has been its Features Editor for North India editions for 16 years. At present, he is an Associate Editor, Frontline, and writes on sociocultural issues for the magazine besides doing book reviews.
M Aslam Parvaiz, who holds a PhD in plant physiology, is currently the Vice Chancellor of Maulana Azad National Urdu University at Hyderabad, India. He is a science communicator, founder and editor of Urdu Science, India’s first and only popular science and environment monthly magazine published in Urdu since February 1994. 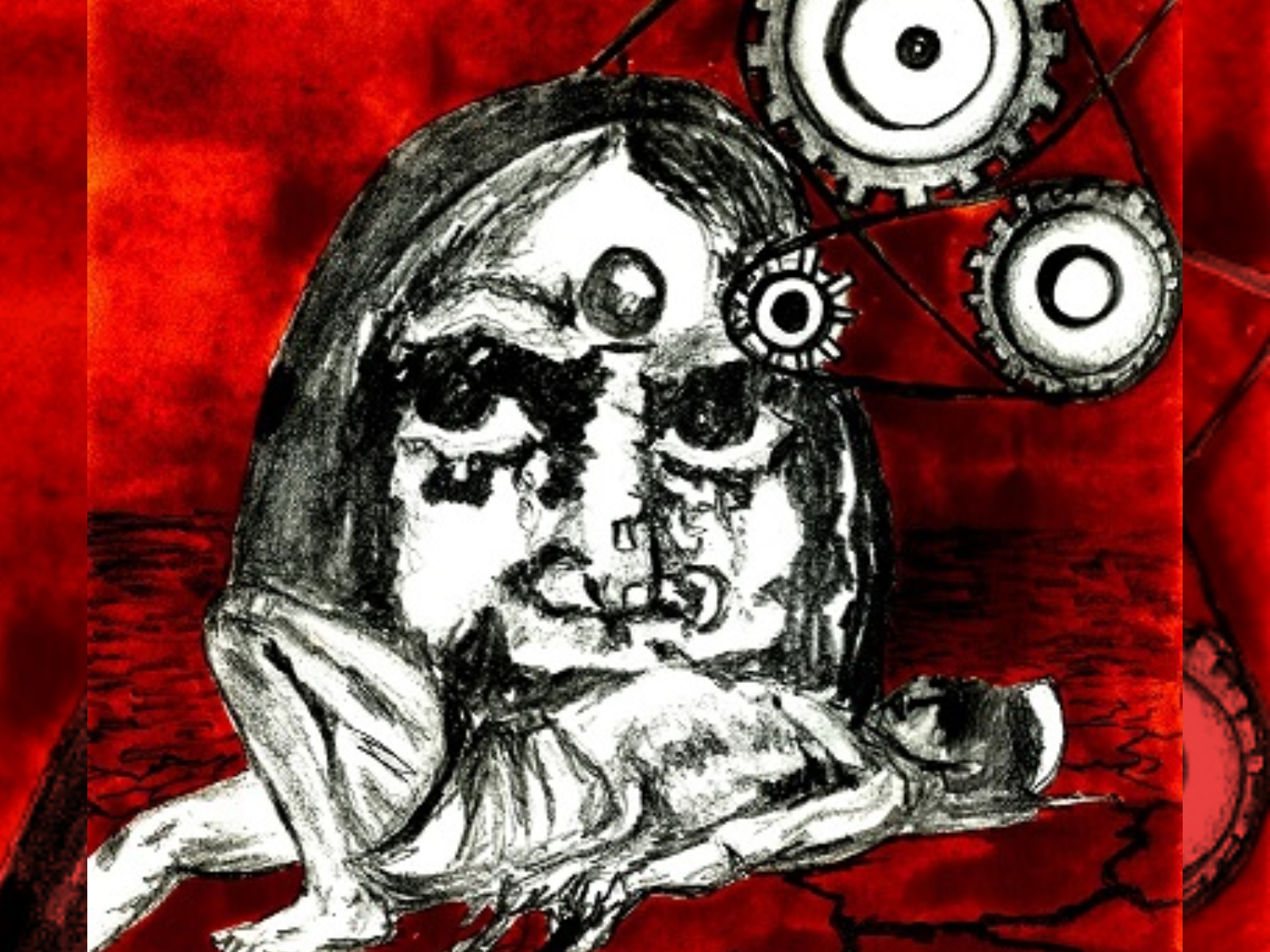