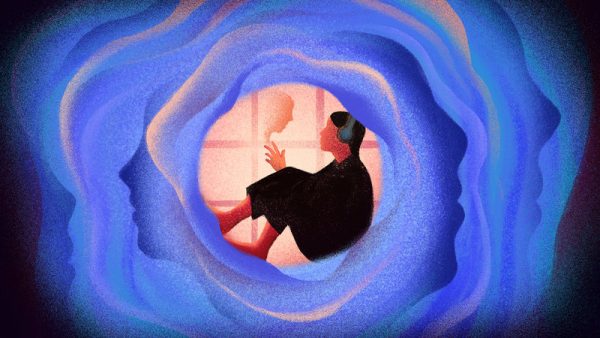 Exactly a month ago, while the world already confronted the worst of the Covid-19 pandemic, United Nations Secretary General Antonio Guterres urged governments, civil society and health authorities everywhere to urgently address mental health issues. “After decades of neglect and under-investment in mental health services, the Covid-19 pandemic is now hitting families and communities with additional mental stress,” Guterres said as he launched the United Nations policy brief on Covid-19 and mental health on 13 May. Guterres also warned, “Even when the pandemic is brought under control, grief, anxiety and depression will continue to affect people and communities.”

The report on mental health released by the Secretary General stated that the “mental health and well-being of whole societies have been severely impacted by the crisis” and cautioned of “a long-term upsurge in the number and severity of mental health problems.” In the United States, the Washington Post reported on 26 May that a third of citizens are showing signs of clinical anxiety or depression, which it called the “most definitive and alarming sign yet of the psychological toll exacted by the coronavirus pandemic.”

In India as well, surveys have confirmed this broad trend. In May, an in-depth phone-based study by the Manas Foundation, a civil society organisation, found that of around 1,200 auto-rickshaw drivers in Delhi 75% showed signs of panic and anxiety. A substantial number also reported sleep disorders.

It is already known that women and children have faced more serious problems due to the increase of domestic violence in lockdown conditions. This leads not just to physical injury but has longer-lasting mental health implications. Between 20 and 31 March, a leading helpline for children in India received about 92,000 SOS calls, which should be a cause for serious concern.

The United Nations, in its May report, also referred to heightened stress in the Indian population during the pandemic. It cites a survey conducted by the UNFPA, which found that “66% of women [in India] reported being stressed as compared to 34% of men.” Pregnant and new mothers are “especially likely to be anxious” due to difficulties accessing healthcare services and social support and fear of getting infected. “In some family arrangements,” the United Nations notes, “there is an increased burden due to additional duties of care-giving such as homeschooling and taking care of older relatives.”

In all, if the restrictions continue for at least 6 months, 31 million “additional cases of gender-based violence can be expected to occur,” or 15 million (1.5 crore) new cases per three months, the UNFPA finds. Therefore, the problem is widespread and not just limited to Delhi, nor even India. The same United Nations report surveyed parents in Italy and Spain about the difficulties faced by children during the confinement due to lockdowns. It found that 77% of children were facing difficulties in concentrating and 31% to 39% had feelings of loneliness, nervousness, restlessness and irritability.

One of the most worrying aspects of the pandemic and the accompanying shutdowns is the rise in poverty and unemployment, both of which are linked with an a higher incidence of mental health problems, which could even culminate in suicide for many. According to the World Health Organisation, close to 0.8 million (8 lakh) people commit suicide every year in the world, which amounts to approximately one death every 40 seconds. If there is a 10% uptick in this, due to the very adverse circumstances of the pandemic, the world could see 80,000 additional suicide-related deaths in a year.

According to the WHO, there can be 20 suicide attempts per completed suicide, or one suicide attempt every two seconds. Often, these can be extremely painful for the persons involved and their families, friends, business enterprises, workplaces and others linked with them directly or indirectly. A 10% increase in this rate, due to the very adverse circumstances prevailing today, could imply an increase of 1.6 million such attempts in one year worldwide, a tragedy of unimaginable proportions.

All attempts should be made to reduce these possibilities as much as possible despite the difficult circumstances. An approach to Covid-19 is needed which is based on precautions but which avoids causing panic. It is also important to increase the access of troubled people to counselling and mental health centres and doctors. This is difficult, but requires strong efforts nevertheless. Well-run helplines can partly fill the gap. The National Alliance of Mental Illness in the United States has warned that care should be taken to keep the depressed and troubled people, especially those inclined towards suicide away from alcohol, drugs, firearms and all poisons, particularly insecticides.

The Alliance says that over one in three of those who commit suicide every year are found to have been under the influence of alcohol at the time of death. Unfortunately, the opposite appears to have happened in the United States, at least when it comes to firearms. The FBI recently reported a record 73% increase in background check applications for gun purchases in March 2020 compared to the same month last year.

Soon after the spread of Covid-19, the tragic suicide of Thomas Schafer, the finance minister of the German state of Hesse, was reported. In a note he left behind, he explained he was deeply concerned that he would not be able to fulfil the expectations of people for economic help in these difficult times. One can imagine the distress and tensions of ordinary families and individuals, who are often caught in even more dire straits.

Suicide reports made headlines at an early stage of the spread of Covid-19 in Knox county in East Tennessee of the United States. Newspapers lamented at the time that there had been more deaths from suicides than from Covid-19. The Knox County Mayor, Glenn Jacobs, said that 12 people had died from suicides in the region in the United States in just two weeks. Dr. Martha Buchanan, Health Director of this county, also said, “That is startling and disturbing and really, really challenging to think about some of the things that we have to do as a community right now could be contributing to those things.” She was referring to how governments are imposing many curbs and restrictions in the wake of the pandemic, which could result in circumstances that trigger people to attempt suicide.

Writing in the Scientific American blog on 3 April, Adriana Pinayi warned that following the SARS outbreak in 2003 there was an increase in suicides among older adults, which could be a harbinger of what is to come after the current crisis as well. MB Pell and Benjamin Lesser wrote a widely-discussed report published in Reuters about the bleak job market during the 2007-2009 recession taking 10,000 more lives due to suicides. “A surge in unemployment to 20% – a forecast now common in Western economies – could cause an additional 20,000 suicides in Europe and the United States among those out of work or entering a near-empty job market,” the report says.

Researcher Aaron Reeves of Oxford University has also estimated that in Europe and the United States suicide rates rose by about 1% for every one percentage point increase in unemployment.

Access to helplines and professional care including online and telephonic assistance should be provided in India in light of these warnings. This should be done without triggering panic. Necessary precautions should be spread in communities in a gentle and careful way. A lot of damage has already been done by exaggerating fears.

First published in Newsclick.
Bharat Dograis a freelance journalist specialising in public interest issues. His latest books are Protecting Earth for Children and Planet in Peril. The views are personal.