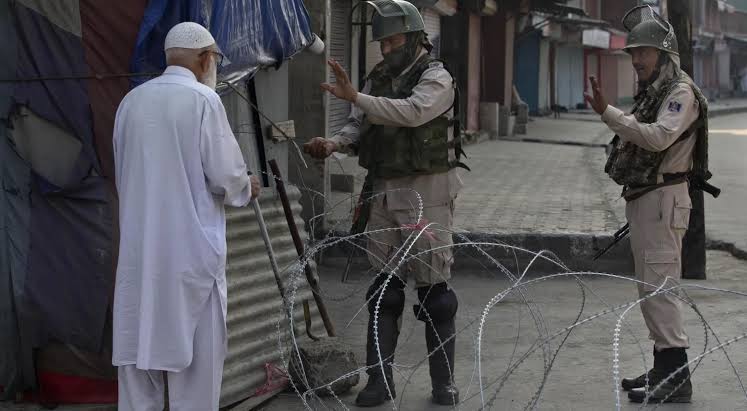 A petition was recently filed in the Supreme Court challenging the draconian curbs imposed in Kashmir in August 2019. Among other things, the petitioners pleaded for the restoration of internet services in the valley. They argued that the continued suspension of internet services even during the COVID-19 pandemic is affecting people’s rights to health, education, occupation, speech, and access to justice. The apex court, while concurring with the petitioners that the incessant lockdown for the past ten months was against the previously laid down principles, refused to direct the government to restore 4G internet connectivity citing security reasons.

This is a matter of concern because the current policies of the union government have pulverised the polity in Jammu and Kashmir and the recovery of healthy democracy in the region appears remote. That this should happen in the world's largest democracy, with institutions of governance completely failing the people of J&K is utterly shameful.

In this article we will analyse the justifiability of the lockdown in Kashmir using the test of reasonableness and proportionality often used by the Supreme Court in determining the constitutionality of restrictions imposed on fundamental rights, especially those guaranteed under Article 19 of the Constitution.

The government has imposed massive curbs on media and the internet since the abrogation of Article 370 in August 2019. Even when asked by the Supreme Court, the government miserably failed to produce any order, affidavit or reply in matters relating to this curtailment of civil liberties. Instead of placing sufficient material to justify its actions, it only sought further adjournments. Moreover, when seen in the light of the surrounding circumstances and the inherently anti-Muslim ideological foundations of the ruling dispensation, it becomes clear that the restrictions in Kashmir are extremely arbitrary and excessive.  The measures lack good faith and are incommensurate with the nature of the evil sought to be remedied.

The test of reasonableness lays down no clear formula but stresses that the restrictions on liberty must not be arbitrary or excessive in nature or harm the interest of the general public. The proportionality standard has four criteria for a measure resticting rights to be considered reasonable. First, the measure must have a legitimate goal; second, the specific restriction involved in the measure must be a suitable means of furthering this goal; third, there must not be any less restrictive but equally effective alternative to achieve that goal; and fourth, the measure must not have a disproportionate impact on the rights holder.

The legitimate aim must be permissible within the framework of the Constitution. When it comes to Kashmir, there has been a great deal of opaqueness in explaining the rationale behind the restrictions apart from invocations of law and order maintainence. It should be noted, however, that Kashmiris have been denied all their civil, political and constitutional rights to voice their concerns over political decisions affecting them. We cannot use terrorism as an excuse to shut down everything. Even if the government feels that there would be unrest, it should allow peaceful protests to be carried out. This whole exercise of restricting freedom smacks of tyranny and is undemocratic and illegitimate from the viewpoint of constitution principles like justice, liberty, equality and fraternity.

Let us examine the suitability of the means to achieve the given ends. In the name of maintaining law and order, the government has sent thousands of additional troops to the region, imposed a crippling curfew, shut down telecommunications and internet, and arrested thousands of civilians including mainstream political leaders. Such an exercise can never be called a suitable means, especially in a democratic welfare state that boasts about the legacy of Gautam Buddha and Mahatma Gandhi. Such means are used by cowardly dictatorial regimes to curb dissent and disagreement. Such coercive measures are not only unsuitable but also unsustainable and unmaintainable in all circumstances.

Could there have been a less restrictive but equally effective alternative? The course taken by the government is certainly the most extreme method to maintain law and order. It is also the least effective way as the whole functioning of society comes to a sudden halt. The purpose of law and order is to ensure smooth interaction between all organs and institutions of a society in order to facilitate all-round progress and development. What is the point of achieving a situation where the society comes to a standstill and cannot freely communicate, interact or express itself? Experiences show that coercive methods have rarely been successful in achieving desired goals. The lasting peace that can be achieved by dialogue and negotiations with concerned stakeholders cannot be achieved by muzzling dissent through the fear of the bayonet. Complete absence of dialogue, even with mainstream political parties with whom Bharatiya Janata Party has had alliances, has been the hallmark of the current regime in New Delhi.

While the government may boast that it has maintained law and order through these curbs, it cannot deny the disproportionate impacts on the rights of the citizens, the residents of Kashmir. The lockdown has certainly not come cheap. According to the Kashmir Chamber of Commerce and Industry estimates, the region has already lost more than $1.4bn (£1.13bn) and thousands of jobs. The interest of the state appears to have taken overwhelming precedence over the individual and societal interests of Kashmir. Due to the lockdown, a large number of Kashmiris have been robbed, not only of their basic civil and political rights and liberties, but also of their human rights. Hundreds of people have been arrested, held without trial and moved to jails far from home. Internet and media shutdown amounts to disproportionate restriction on free speech. In the words of an eminent lawyer, never before have the lives of 70 lakh people been paralysed like this.

The excessive restrictions imposed on the Kashmiri people fail the standards of both reasonableness and proportionality as laid down by the Indian Supreme Court. They are are arbitrary and excessive and have obviously harmed the interests of the general public. The enormous suffering which has been imposed on the region lacks all proportionality inquiry and directly violates the basic values and principles of the Constitution.