Speaking Up
Messengers from the wild
May 28, 2020 Anitha S 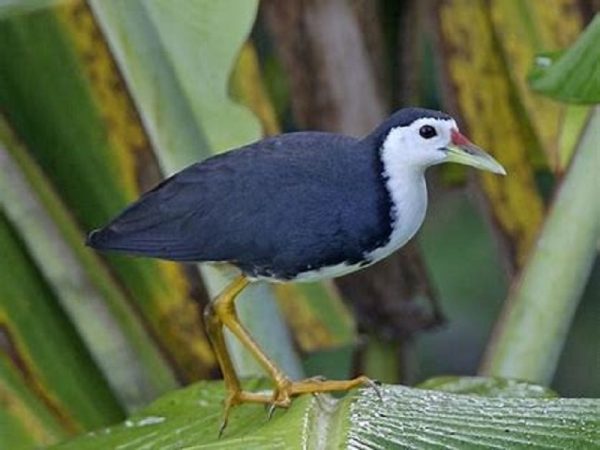 Serious and sincere, little Aadi walked the hot and burning slope of the hill opposite his suburban home with his parents – he was happy that the trio could be together after a long time because of the lockdown. Not fully aware of the impact of this pandemic, Aadi did realise that his parents were discussing the long term consequences of this. For him it was a slowdown in life and a time to be with his parents, the cow, hens, dog and plants that he had been planting.

He walked ahead of his parents to the top of the hill along the bare and hot rocky outcrop. The summer rains they got the day before had cleared the air and trees looked green and fresh. All of a sudden, his attention was taken by the fluttering of wings – he saw 2 huge birds with long legs take off from the rock right in front of him. To his surprise a step ahead 2 chicks with long beaks were crawling along the rock in slow helpless movements. He understood that this was a nest of some bird that he had disturbed. Aadi signalled to his parents who slowly came closer. His mother was so upset that the chicks were separated from the parents.

The parent birds meanwhile kept flying above them in small circles crying out loud…Then they started moving away. The chicks continued crawling towards the sound. Aadi and his parents decided to quickly move away. They sat a few metres away in silence. Aadi’s mother was able to take a few pictures of the weird looking bird chicks. They sat for a long time till the parent birds slowly came back to the nest and sat on the rock softly crooning and reassuring the chicks who responded with their baby calls.

Aadi’s mother messaged the pictures to a bird watcher friend who immediately replied that these were the chicks of either Red or Yellow-wattled Lapwing known as ‘Thithiripakshi’  in Malayalam. Their loud cries which sound like “Did he do it? Did he do it?” and flying overhead was typical behaviour when a nest is disturbed by an intruder. The birds nest in very vulnerable areas like rocky places or in the midst of dry fields but the cluster of rocks and stones which make up their nest will be so camouflaged that no one will notice it. Added to this, the eggs will also be speckled and marked like a stone. It is only when it hatches that the chicks become more susceptible to attack from predators.

Aadi understood how tough it is for all living beings to survive but he also realised that Nature has given skills to overcome the vicissitudes of life and be strong. His thoughts went to the imminent threat of rock quarries in that area, many of which were waiting for official permission. His parents and many others in the community had been fighting against the 3 huge quarries that were about to start. One of his best memories was when they went around all the affected villages in a bullock cart building awareness among the local people. He understood that the agricultural activities including small scale rubber plantations would be adversely affected by the rock blasting. Apart from this, the water cycle of the entire area would be disrupted and reduced. The health impacts of quarries need no special mention as dust and noise would choke the population.

After seeing the Thithiripakshi’s nest on the rock, Aadi’s thoughts and concern were about the birds and other animals who would lose their home when the huge blasting would begin. Though mention was always made about the impact on biodiversity, the 2 small chicks and their parent birds became to Aadi messengers from the wild who through their unexpected encounter turned his thoughts to the diverse living world outside that we often miss. He was for once thankful to the lockdown for creating the space and time for them to come and walk the hills – he felt that it was destiny which brought him to this rock that day.

Little Aadi decided to talk to all his friends about the chicks and their nest – and motivate them to say No to the quarries. From that day on, he started noting the amazing and diverse life forms around his home- from plants, flowers, trees, birds and small animals it was astounding how they appeared into the space where human beings had receded for a few days!

Unknown to Aadi, the Government took a decision in the recent days to open quarries and give licence. Alas, no lockdown for this destructive activity which would rip apart hills and mar all life giving factors!!

10 year old Pachu was bored of helping his grandfather cook exotic dishes looking at the youtube  (though he enjoyed eating them), watching insects ( he wished to be an entomologist), setting the bird bath for birds to bathe and drink from ( he loved watching them and taking photographs with his small camera)  and watching movies. He wished something different would appear before him that would be new and exciting.

One morning as if in answer to his prayers, he heard a soft clicking sound outside one of the windows. Pachu with his keen power of observation noticed a slight movement in the branches of the mango tree.  Taking his binoculars and camera, Pachu moved towards the window. What he saw amazed him. There was a bird – so dainty and petite that moved slowly with a short tail that kept flicking in harmony with its click calls. He noticed the white breast and dark body parts. The keen beady eyes and sharp beak also drew his attention.

Pachu set the video on and slowly, gently started documenting. He was not worried about the name of the bird or what it ate…He just knew that he was witnessing something new and exciting in his urban home. The result was a short video on the behaviour of a pretty bird that made his life less boring and more joyful and fulfilling .Pachu realised that he could share this with his mother, his two year old brother and when school reopens with his own friends. His grandparents with whom he was staying were already in the excitement mode along with him.

White breasted waterhen is the bird which visited Pachu’s home and perched on the low branch of a tree. Pachu was surprised that as the name implied the bird’s preferred home is near and around water bodies and paddy fields. He was even more intrigued by the fact that his home with no sign of any water body nearby could attract this water bird. His grandfather had told him about changes in habitat in many places. He knew his school stood on a land that was a lush paddy field a few years ago. He had noticed that many places in and around his home held vestiges of a pond or tank which the community used for bathing and washing. Maybe the bird came in search of such a water body. His aunt told him that if you have a water lily pond at home it would be visited by the Waterhen!

He wanted to explore the environs of his home but with lockdown in full force, he could not do much. But he understood that maybe it was the quietness of this stay indoors that kept human intrusion to the minimum that gave many living beings, including this shy visitor the courage to venture out. In that sense Pachu was happy that he got a chance to see this delicate beauty. But somewhere in him he knew that the loss of their usual homes by human activities like dredging, reclaiming and conversion to concrete housing colonies are endangering their survival. Along with this, massive use of chemicals in agriculture would also harm the birds which nest in and around the lands where crops are grown. When humans withdraw a little bit and slow down or stop their invasive activities, many beings gently come out. They need so little to survive, unlike human beings.

Pachu and Aadi are 2 children who discovered their connection with a living being accidentally because of the time and quietude lockdown gave them and their elders. The human heart’s love for Nature cannot ultimately be concreted over (Jay Griffiths in ‘Kith – The Riddle of the Childscape’, 2013). Through understanding the two birds and where they belong to, what has happened to their homes because of human callousness, there is a kindling of compassion, concern and active engagement in the young minds. Their fascination for these tiny blobs of life, their perfect harmony with the surroundings takes a quantum jump when the boys realise that they may be destroyed forever. They feel a kinship with a being other than humans which is essentially a feeling that is the bottom line of being human. Having experienced this at such a young age perhaps these children will grow up as better and compassionate human beings with “their oldest memories having the flavour of Earth” (Lorca).

First published in Countercurrents.
Anitha. S is an ecological educator based in Thiruvananthapuram.